Justice Chandrachud, born on November 11, 1959, was elevated to the top court on May 13, 2016. He has been part of several Constitution benches and landmark verdicts including on matters relating to the Ayodhya land dispute, the right to privacy and adultery.

Senior-most Supreme Court judge Justice Dhananjaya Y Chandrachud will take oath as the 50th Chief Justice of India on Wednesday when President Droupadi Murmu would administer the oath of office to him at Rashtrapati Bhawan in New Delhi.

His illustrious father YV Chandrachud was the longest-serving Chief Justice of India (CJI) and remained at the helm from February 22, 1978, to July 11, 1985.
Justice Chandrachud will serve as the CJI for two years till November 10, 2024. Supreme Court judges retire at the age of 65.

Justice Chandrachud said, "To serve the nation is my priority. We'll protect all the citizens of India, be it in terms of technology or registry reforms, or judicial reforms. It will give confidence to people not only with words but with action." 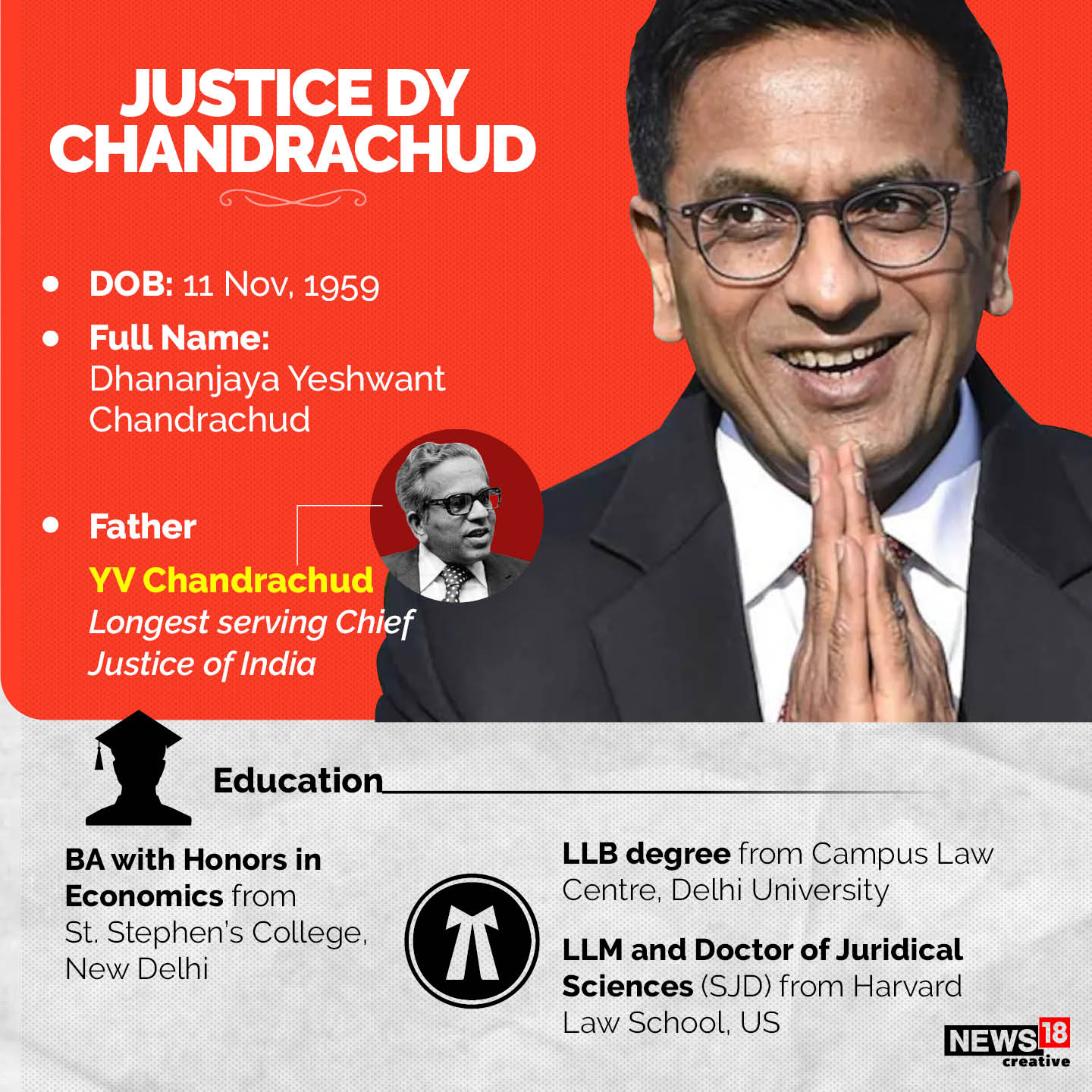 Justice Chandrachud, born on November 11, 1959, was elevated to the top court on May 13, 2016. He has been part of several Constitution benches and landmark verdicts including on matters relating to the Ayodhya land dispute, the right to privacy and adultery. He was also part of the benches which delivered judgements on decriminalising same-sex relations after it partially struck down Section 377 of the IPC, the validity of the Aadhaar scheme and the Sabarimala issue.
Recently, a bench headed by him expanded the scope of the Medical Termination of Pregnancy(MTP) Act and the corresponding rules to include unmarried women for abortion between 20-24 weeks of pregnancy. 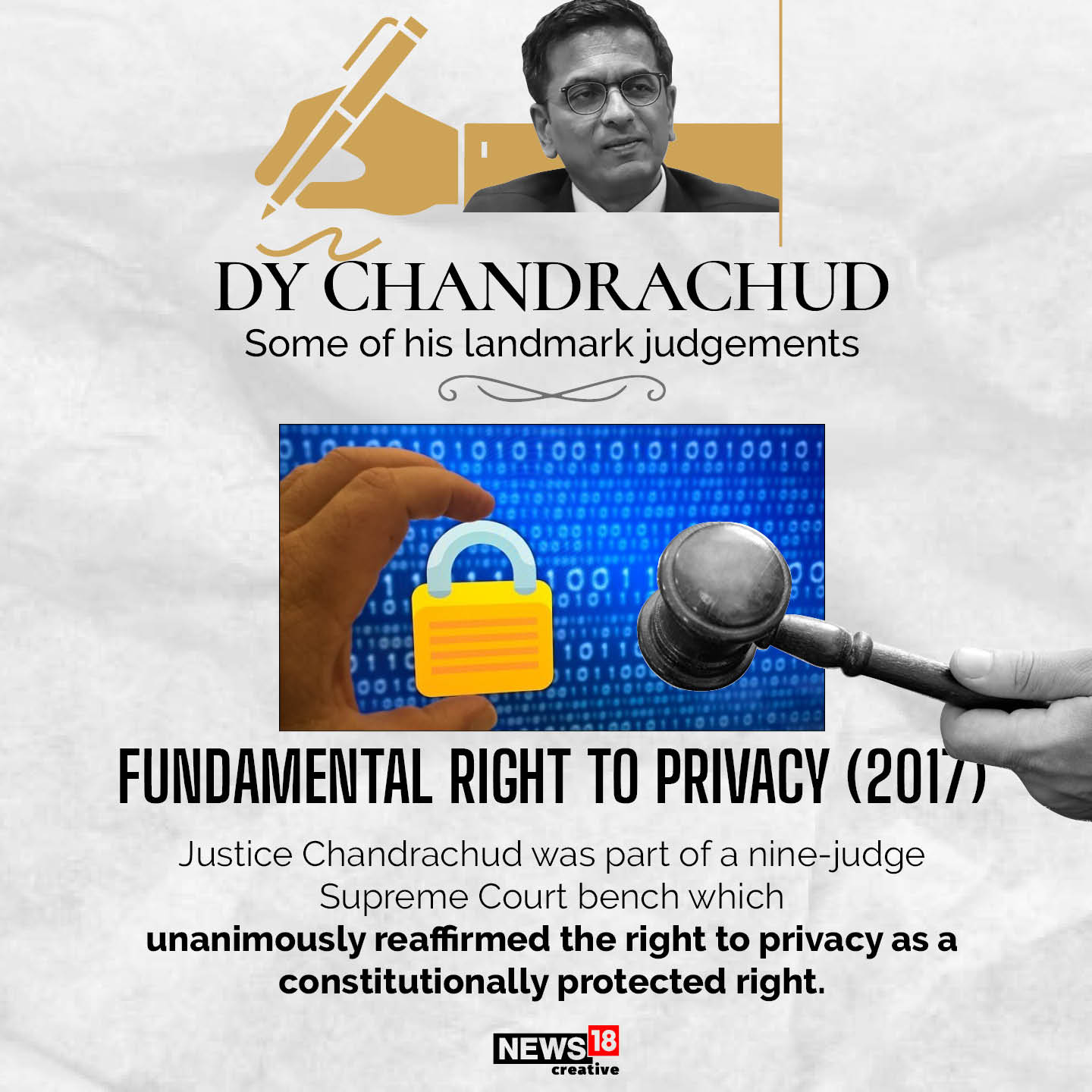 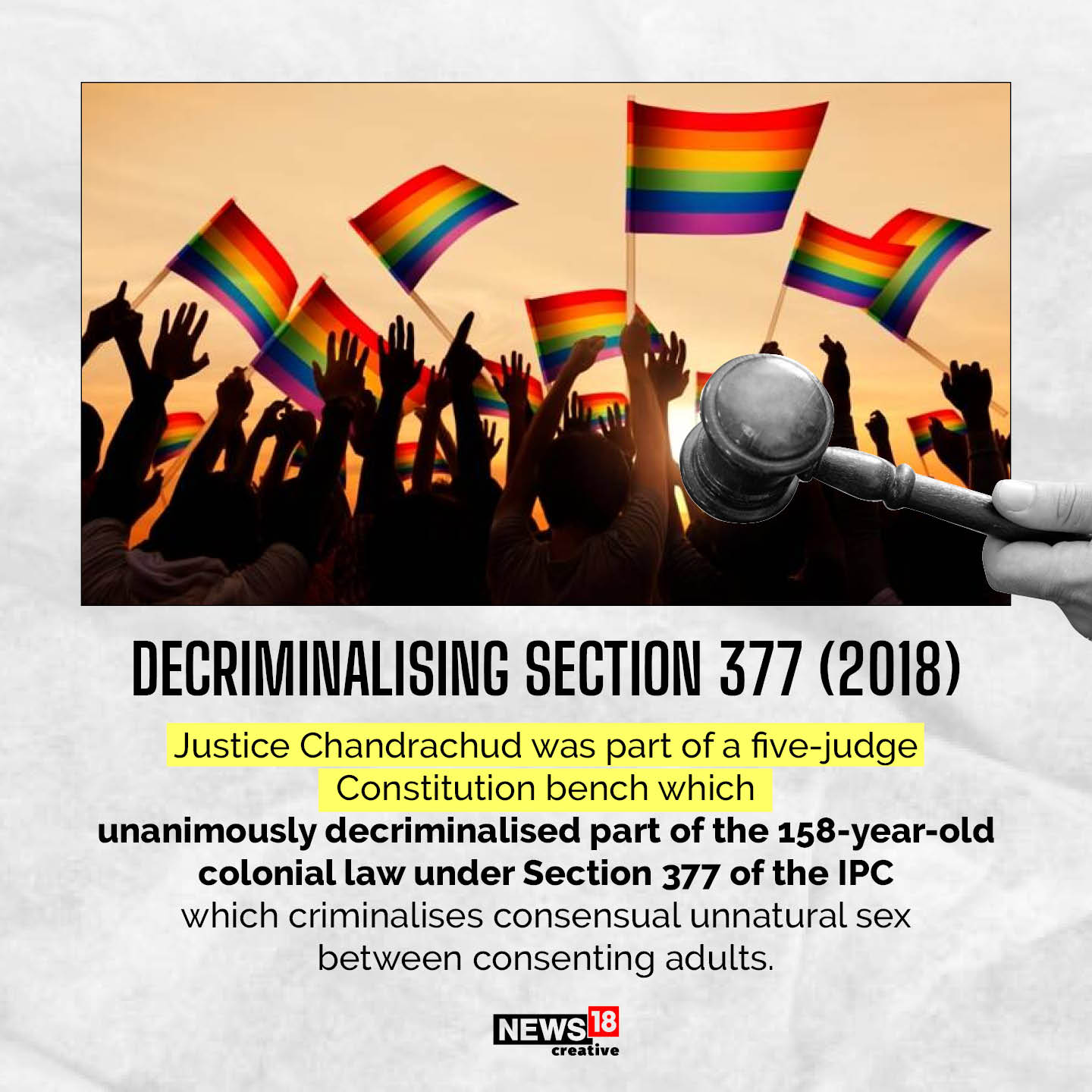 The Justice Chandrachud-led bench had also passed several directions to assuage the miseries faced by people during the COVID-19 crisis, terming the brutal second wave of the pandemic last year as a "national crisis".
Recently, he was among the two judges of the apex court Collegium which had objected to the method of "circulation" adopted for eliciting the views of its members on the appointment of judges to the top court.
With inputs from PTI
Check out our in-depth Market Coverage, Business News & get real-time Stock Market Updates on CNBC-TV18. Also, Watch our channels CNBC-TV18, CNBC Awaaz and CNBC Bajar Live on-the-go!
Tags