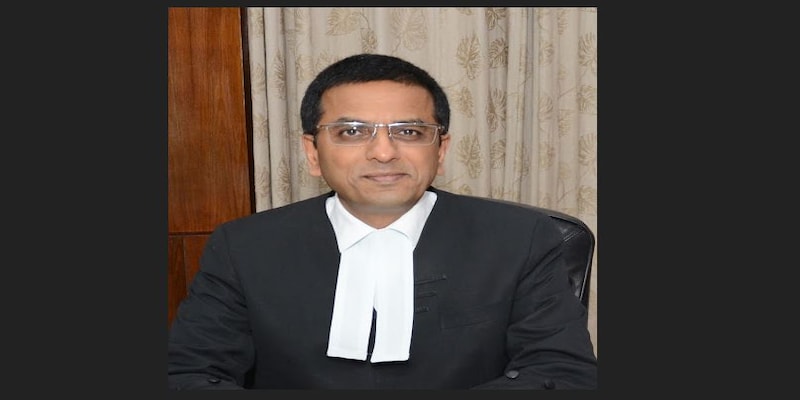 Justice DY Chandrachud's father Yeshwant Vishnu Chandrachud was the CJI for seven years between 1978 and 1985 — the longest term by any top judge at the Supreme Court.

Justice Dhananjaya Yeshwant Chandrachud will have a tenure of two years until November 10, 2024.
From a distinguished legal family
Born on November 11, 1959, Justice Chandrachud hails from one of the country’s most distinguished legal families. His father Yeshwant Vishnu Chandrachud was the CJI for seven years between 1978 and 1985 — the longest term by any top judge at the Supreme Court.
Incidentally, the Chandrachuds would be the first father-son duo to serve as chief justices. Talking about his father, Justice Chandrachud once said, “My father taught me compassion and love for learning. His entire life reflected a sense of balance.”
After graduating from St Stephens College, Delhi, in Mathematics and Economics in 1979, Justice Chandrachud completed his law degree from Delhi University and LL.M from Harvard University. At Harvard, he also did his Doctorate in Juridical Sciences.
ALSO READ: Chief Justice of India UU Lalit names Justice DY Chandrachud his successor
A plain speaker
Since his elevation to the top court in 2016, Justice Chandrachud has voiced his opinion in high-profile cases such as the one related to the National Anthem. Criticising the logic behind the 2016 order that made it mandatory for cinema-goers to stand when the National Anthem is played, Justice Chandrachud said it was unnecessary for any Indian to “wear his patriotism on his sleeve”, The Telegraph reported.
During his tenure, Justice Chandrachud also had to grapple with some of his father’s judgments. In one such incident, Justice Chandrachud wrote the majority judgment in the 2017 privacy case and struck down the verdict on the 1976 ADM Jabalpur Vs Shivakant Shukla case. The verdict by the previous bench, which included his father, YV Chandrachud, denied the right to fundamental liberties during the Emergency.
While hearing another case, Justice Chandrachud said, “Contrary to everyone’s opinion, reputation in this court does not build on whose son or daughter you are. It is built on how well-prepared you are.” In the case, a junior lawyer had requested the apex court for an adjournment as her senior counsel was busy in another court.
ALSO READ: From privacy to Sabarimala: 10 landmark verdicts Justice DY Chandrachud was part of
In office
Before joining the Supreme Court, Justice Chandrachud served as the Chief Justice of the Allahabad High Court. Earlier, he practised as an advocate in the Supreme Court and the High Courts of Delhi, Allahabad, Gujarat, Madhya Pradesh and Calcutta. He then became a judge of the Bombay High Court.
As an advocate, he appeared before the Company Law Board, the Foreign Exchange Regulation Act (FERA) Board, the Monopolies & Restricted Trade Practices (MRTP) Commission, and National and State Commissions. In 1998, he became a senior advocate at the Bombay High Court. Between 1998 and 2000, Justice Chandrachud served as the Additional Solicitor General of India.
In 2000, Justice Chandrachud became the additional judge of the Bombay High Court. Three years later, he took oath as the Chief Justice of Allahabad High Court.
Apart from law
Justice Chandrachud has also taught as a visiting professor of Comparative Constitutional Law at the Oklahoma University School of Law, US, and the University of Mumbai, India. He has delivered lectures at prestigious universities such as Harvard Law School, Yale Law School, University of Witwatersrand, South Africa, and Australian National University.
ALSO READ: Schools shut in UP and Tamil Nadu due to heavy rains, snowfall in Himachal — IMD alert in these states today
He has been a speaker at conferences organised by the United Nations High Commission on Human Rights, United Nations Environmental Programme, International Labour Organisation, Asian Development Bank and World Bank.
Both his sons, Abhinav and Chintan Chandrachud, are lawyers. Abhinav is also a legal scholar and has published a book called Supreme Whispers about India’s Supreme Court.
(Edited by : Sudarsanan Mani)
Check out our in-depth Market Coverage, Business News & get real-time Stock Market Updates on CNBC-TV18. Also, Watch our channels CNBC-TV18, CNBC Awaaz and CNBC Bajar Live on-the-go!