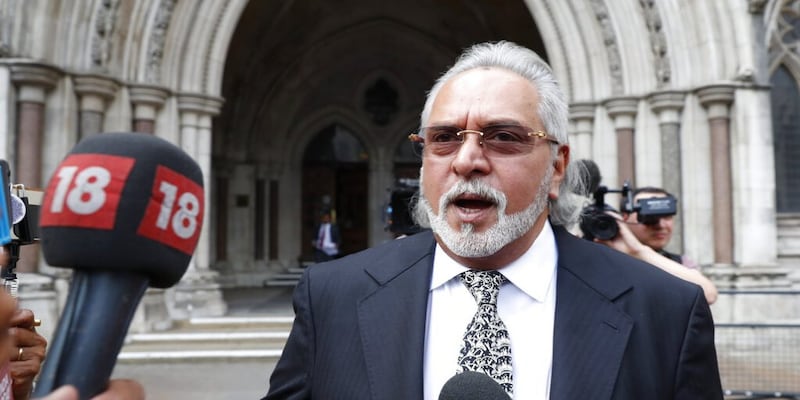 The Indian law enforcement officials asked their UK counterparts to locate several wanted persons and they met with Canadian and US officials to discuss other matters.

The Indian law enforcement officials have asked their UK counterparts to ‘expedite’ the extradition of fugitive businessman Vijay Mallya and ‘locate’ other wanted persons during a bilateral meeting on the sidelines of the 90th Interpol General Assembly in Delhi.

Interpol or International Criminal Police Organisation is a network comprising 192 member nations, including India.
The wanted persons' list includes underworld don Iqbal Mirchi’s wife Hajra Memon and their sons Asif and Junaid among others. The CBI and ED also raised the issue of extradition of other fugitives including Nirav Modi, middleman Sanjay Bhandari and some cybercriminals, reported Hindustan Times.
ALSO READ:
PM Modi launches Rozgar Mela, issues appointment letters to 75,000 aspirants
A senior officer aware of the bilateral meeting said, “While the courts have already cleared Mallya’s extradition, he needs to be extradited at the earliest to face the criminal justice system of India.”
Mallya is accused of money laundering, misappropriation, and other crimes. He has been hiding in the UK where his extradition was cleared by the UK high court in April 2020. However, it has been delayed for two-and-half years due to “secret proceedings” of unknown nature.
The UK government has not revealed the nature of these proceedings, and Indian officials have said they are not involved in them. As per the HT report, it is believed that Mallya has applied for asylum in the UK which his lawyer confirmed in 2021 to a UK insolvency court.
“On the side-lines of the 90th Interpol General Assembly, the delegation from India has had bilateral meetings with delegations from several countries to discuss matters related to police cooperation inter alia for enhancement of criminal intelligence sharing; geo-location of fugitives and criminals; combating terrorism, terror financing and online radicalisation; coordinating efforts to prevent cybercrimes and online child sexual exploitation,” the CBI said in a statement.
The Indian law officials also met their Canadian counterparts during the conference and conveyed to them the need to act against several Khalistani terrorists residing in Canadian territory, who are reportedly fomenting trouble in Punjab. As per another senior officer, the terrorists are attempting to carry out a referendum in Ontario next month.
Indian officials provided evidence of how these individuals were involved in the online radicalisation of youngsters, smuggling of arms, drugs, explosives, and targeted killings in India.
ALSO READ: Chandigarh to Tamil Nadu: These states and UTs have curbed bursting of firecrackers on Diwali
The CBI met with US officials as well to raise issues related to India’s pending requests under Mutual Legal Assistance Treaties (MLAT), Letter Rogatories (LRs), etc and extraditions.
The 90th General Assembly of Interpol was organised in New Delhi between October 18 to October 21 with delegations from 195 member countries participating in the event.
The Indian agencies had bilateral meetings with 22 countries including the US, the UK, Canada, Japan, Australia, Russia, Nepal, the UAE, Oman, New Zealand, Bangladesh, Bhutan, Namibia, Serbia, Bahrain, Malaysia, Mongolia and the Europol in the Interpol event.
(Edited by : Sudarsanan Mani)
Check out our in-depth Market Coverage, Business News & get real-time Stock Market Updates on CNBC-TV18. Also, Watch our channels CNBC-TV18, CNBC Awaaz and CNBC Bajar Live on-the-go!