The Indian Navy commissioned the fifth Kalvari class submarine INS Vagir on Monday. "The submarine will boost the Indian Navy's capability to further India's maritime interests in deterring the enemy, and conducting Intelligence, Surveillance and Reconnaissance (ISR) to provide decisive blow in times of crisis," the Navy said.

The Indian Navy commissioned the fifth Kalvari class submarine INS Vagir in Mumbai on Monday. Chief of Naval Staff Admiral R Hari Kumar, who was the chief guest for the ceremony, said, "Vagir is a lethal platform with a formidable weapon package. It is the third submarine inducted into the Navy in the last 24 months."

'Vagir' means sand shark, which represents stealth and fearlessness, two qualities synonymous with the ethos of a submariner, the Navy said. "The submarine will boost the Indian Navy's capability to further India's maritime interests in deterring the enemy and conducting Intelligence, Surveillance and Reconnaissance (ISR) to provide decisive blow in times of crisis," it said.
The commissioning of INS Vagir comes amid the increasing presence of the Chinese Navy in the Indian Ocean.
Key features of 'Vagir':
> These submarines are being built in India by the Mazagon Dock Shipbuilders Limited (MDL) Mumbai, in collaboration with M/s Naval Group, France. Four of the Kalvari submarines have already been commissioned into the Indian Navy.
> Equipped with some of the best sensors in the world, its weapons package includes sufficient wire-guided torpedoes and sub-surface to surface missiles to neutralise a large enemy fleet, the Navy said. 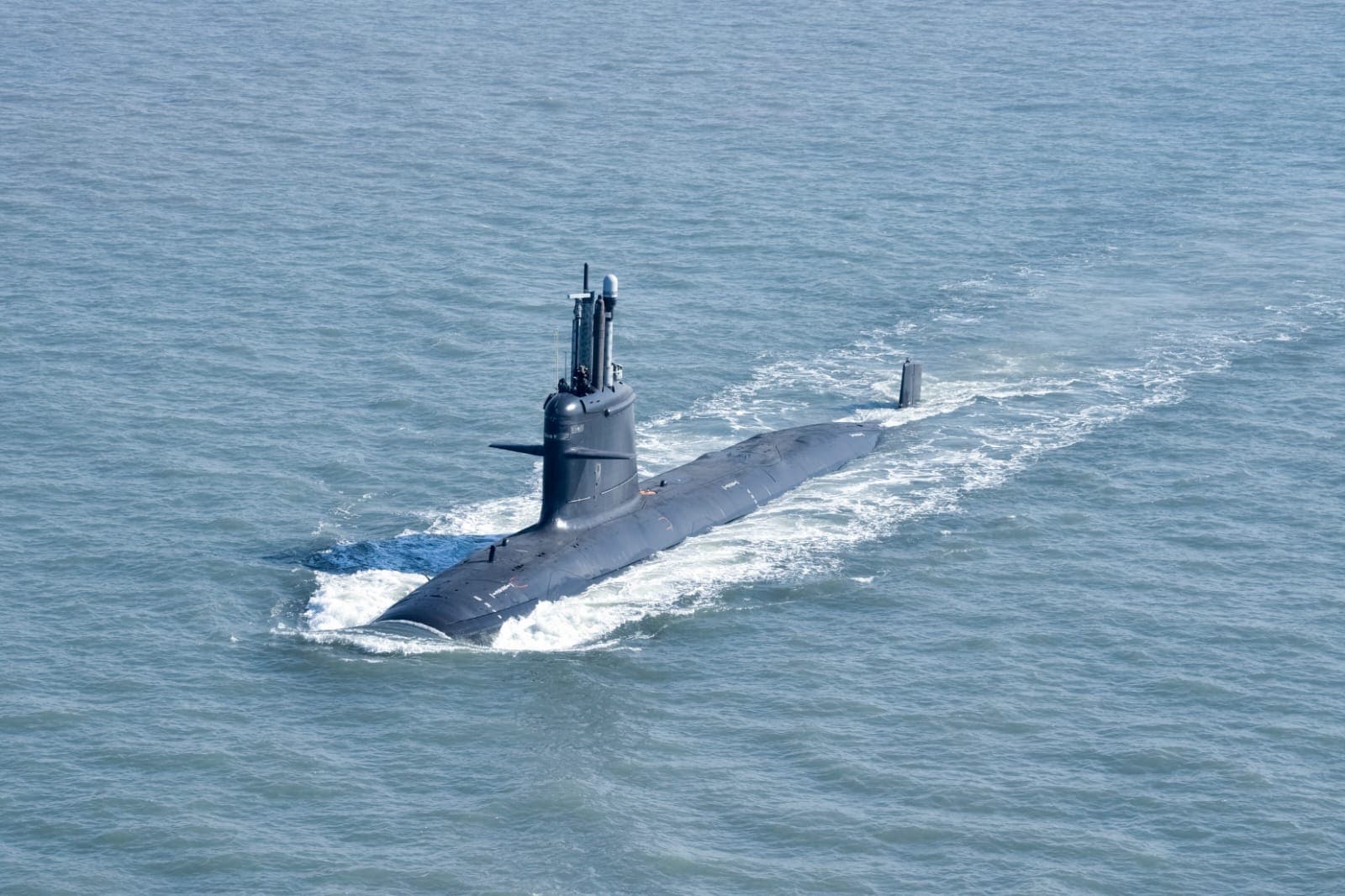 Indian Navy commissioned the fifth Kalvari class submarine Vagir today. (Credit: @PRODefNgp)
> The submarine can launch marine commandos for special operations, while its powerful diesel engines can quickly charge batteries for a stealth mission.
> Vagir can undertake diverse missions, including anti-surface warfare, anti-submarine warfare, intelligence gathering, mine laying and surveillance missions.
> For self-defence, it has a state-of-the-art torpedo decoy system, the Navy release added.
Other things to know about INS Vagir
The erstwhile Vagir was commissioned on November 1, 1973, and undertook numerous operational missions, including deterrent patrols. The submarine was decommissioned on January 7, 2001, after serving the nation for about three decades, the Navy said in a press release.
Launched and named 'Vagir' on November 12, 2020, the submarine, in its new avatar, has the lowest build time among all indigenously manufactured subs to date.
She undertook her maiden sea sortie in February 2022, marking the commencement of the sea trial. She has gone through a series of comprehensive acceptance checks and stringent and demanding sea trials before being commissioned.
The submarine was delivered to Indian Navy by M/s MDL on December 20, 2022.
Check out our in-depth Market Coverage, Business News & get real-time Stock Market Updates on CNBC-TV18. Also, Watch our channels CNBC-TV18, CNBC Awaaz and CNBC Bajar Live on-the-go!