Infographic: How powerful is the Indian passport?

International Air Transport Association (IATA), Henley & Partners release the list of the world's most powerful passport index each year. As per the index, countries are ranked according to the number of destinations their citizens with a valid passport can visit without a prior visa.

According to this index, as of June 2020, India stands at 85th place with visa-free or visa-on-arrival access to 59 nations. 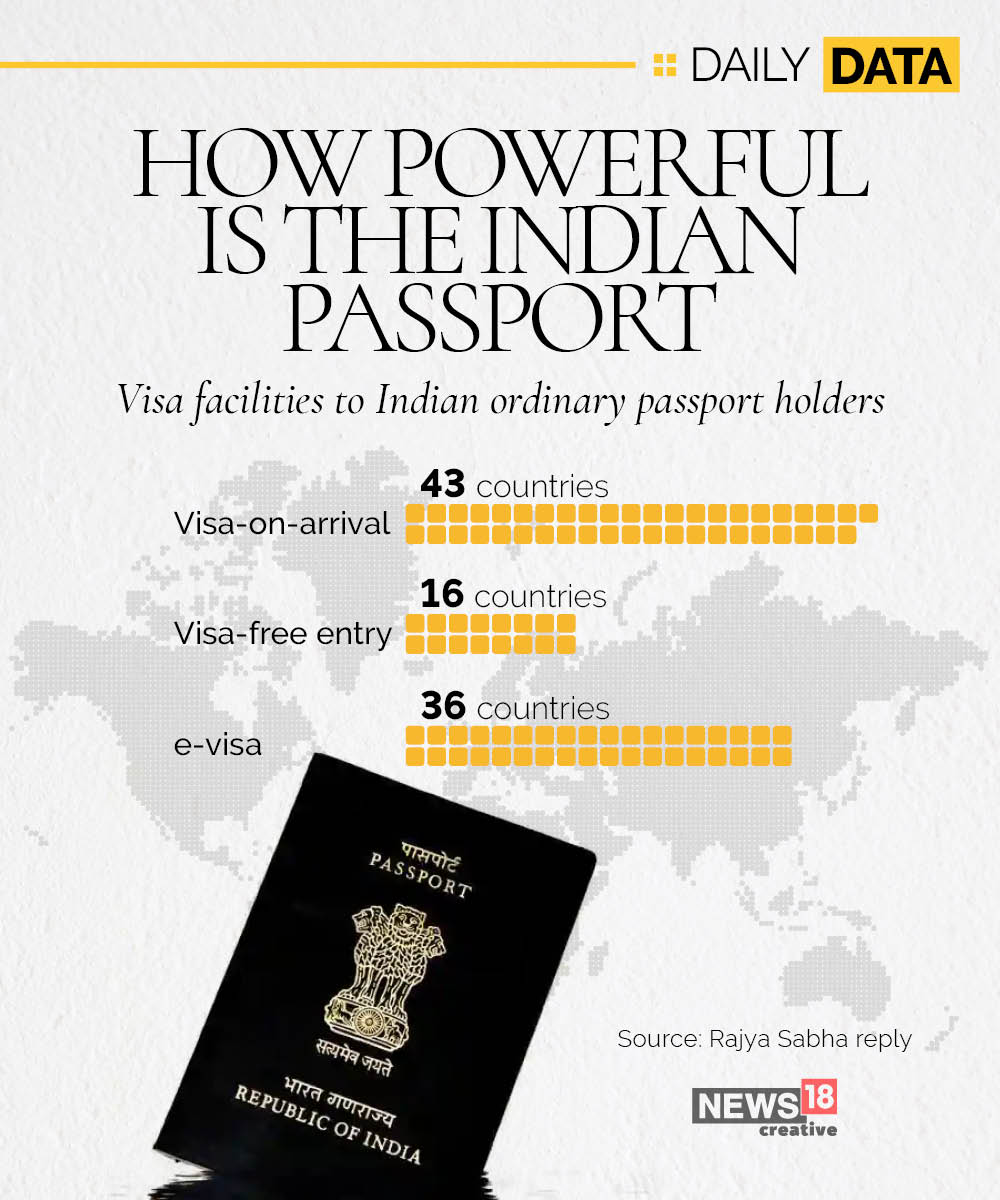 Infographic: How powerful is the Indian passport?

Visa-free passport holders are granted access to their destination countries without a prior visa application.

Visa-on-arrival, on the other hand, means that upon arrival at the destination country, a traveller needs to visit the immigration office/desk and apply and pay for a visa. On payment, they get an on-the-spot visa with a stamp on the passport.

However, this process is not as time-consuming as the pre-travel visa application process.

What dictates the strength of a passport?

A passport's strength has a lot to do with a country's economic and political standing, and nothing to do with the traveller.

EU being an example: all the countries that come under the EU allows visa-free travel to the passport holders of fellow-EU country citizens. Consequently, all EU member countries are ranked very high on the passport index.

When countries open trade with each other, they usually open their borders to their foreign citizens.

A study published in the Applied Geography journal in 2011 noted that increased restrictions on visa hamper their contacts with the countries, which negatively impacts trade and foreign investment relations with their trade partners. To prevent this, many countries facilitate the ease of trade by offering them visa-free and visa-on-arrival access.

However, China is one exception to this rule. Not only does its passport is ranked very low in the list, but the countries continue to put further restrictions on their visas—even though it is increasingly becoming an important trade partner.

Countries willingly permit the entry of economically stable and politically strong countries' citizens. These countries believe that those travelers will contribute to their economy, either in business or tourism. Those travelers are believed to be less likely to breach travel conditions.
Tags Global Indian Passport Ranking Visa Free Entry with Indian Passport