Indo-China border tensions: With no clear disengagement, situation remains tense on both sides

Indo-China border tensions: With no clear disengagement, situation remains tense on both sides 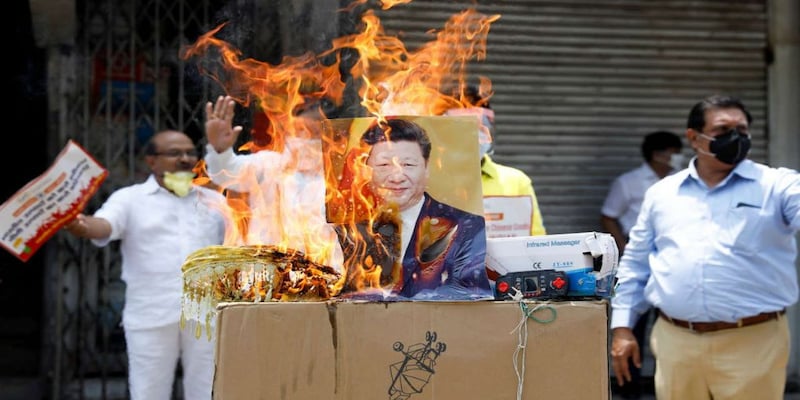 The foreign ministry has indicated that the Indo-China border remains tense after the June 15 lethal clashes, despite India and China agreeing to implement disengagement during Corp Commander talks and diplomatic negotiations.

Indian and Chinese troops remain deployed in large numbers at the Line of Actual Control (LAC), the Ministry of External Affairs on June 25, a day after top leaders from both countries agreed to deescalate tensions. The foreign ministry's statement indicates that the Indo-China border remains tense after the June 15 lethal clashes, despite India and China agreeing to implement disengagement during Corp Commander talks and diplomatic negotiations. However, there is no clarity on the terms of the disengagement or the timeline agreed upon between the neighbours.

For the first time, the Indian Foreign Ministry admitted that China's troop build-up since early May had set alarm bells going. "At the heart of the matter is that since early May, the Chinese side has been amassing a large contingent of troops and armaments along the LAC. This is not in accordance with the provisions of our various bilateral agreements," said Anurag Srivastava, spokesperson for the Ministry of External Affairs.
The foreign ministry's statement assumes importance amid reports about a 10,000 strong troop deployment on the Chinese side of the LAC. Media reports and experts have also spoken about satellite imagery that show China has re-erected a tent or post at the Galwan clash site. China had attempted to build a structure on the Indian side in Galwan valley, which had been demolished by Indian forces on June 15. Subsequently, Chinese troops violently attacked Indian forces and both sides suffered serious casualties in the clash. Reports also suggest that China has now opened another front in Depsang region, close to India's Daulat Beg Oldi road. The MEA and the Army have neither confirmed nor denied fresh incursions by China in Galwan and Depsang.
India's Ministry of External Affairs said that the Indian side has had to undertake counter deployments as China's conduct has been in complete violation of all mutually agreed norms. "The deployment of a large body of troops and changes in behavior has also been aggravated by unjustified and untenable claims. The recent shift in the Chinese position on the Galwan Valley is one example," Srivastava stressed.
India has asked China to sincerely follow up on the understanding reached between Corp Commanders and Foreign Ministers and ensure expeditious restoration of peace at the border. "A continuation of the current situation would only vitiate the atmosphere for the development of the relationship," he added.

Gave interview to PTI on #GalwanValley Incident. Onus is not on #China. We are willing & able to properly manage differences. Mutual respect&support is sure way. Suspicion&friction is wrong path. Will jointly uphold peace&stability in border areas, ensure sound&steady relations.

On the other hand, Chinese Ambassador Sun Weidong said that India and China are able to properly manage their differences, and called upon New Delhi to avoid taking action that may "complicate" the situation in eastern Ladakh. He went on to add that at present, the overall situation in the China-India border areas is "stable and controllable".
"We hope the Indian side meets the Chinese side halfway, avoids taking actions that may complicate the border situation and takes concrete actions to maintain stability in the border areas," he said.
The Indian and Chinese armies are locked in a bitter standoff in multiple locations in eastern Ladakh for the last six weeks, and the tension escalated manifold after 20 Indian soldiers were killed in a violent clash in Galwan Valley on June 15.
The Chinese ambassador said "mutual respect and support" is a sure way and meets the long-term interests of both countries, but at the same time, largely put the onus on India to ease tension in the region.
"China and India are both large developing countries and emerging economies with more than one billion people, and both have the historic mission of realising our own development and revitalisation," he said.
Check out our in-depth Market Coverage, Business News & get real-time Stock Market Updates on CNBC-TV18. Also, Watch our channels CNBC-TV18, CNBC Awaaz and CNBC Bajar Live on-the-go!