India's cleanest city has no garbage bins, earns crores of rupees from its waste

India's cleanest city has no garbage bins, earns crores of rupees from its waste 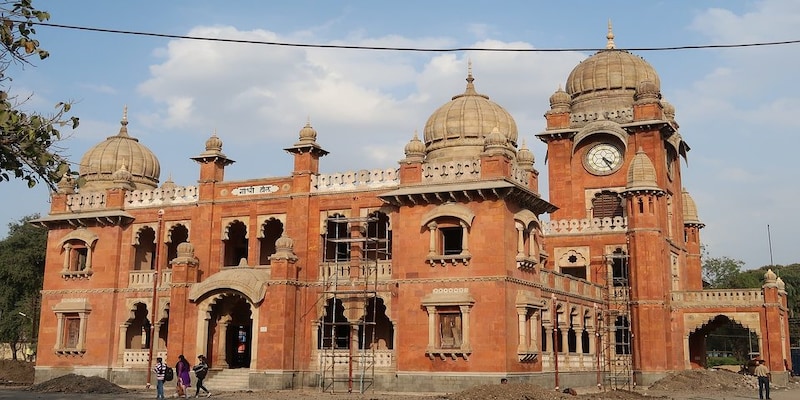 The largest city of Madhya Pradesh with a population of 35 lakh, also known as the state's commercial capital, is garbage bin-free, even though it generates 1,200 tonne of dry waste and 700 tonne of wet waste daily.

The processing of 1,900 tonne of urban waste every day which earns it crores of rupees and also fuels its buses has helped Indore bag the 'India's cleanest city' award for the sixth straight time, officials said in Indore.

The results of the union government's annual cleanliness survey were announced on Saturday. Indore was adjudged the cleanest city, followed by Surat and Navi Mumbai.
While segregation of garbage into 'dry' and 'wet' categories is common, in Indore segregation happens in six categories at a collection point.
The largest city of Madhya Pradesh with a population of 35 lakh, also known as the state's commercial capital, is garbage bin-free, even though it generates 1,200 tonne of dry waste and 700 tonne of wet waste daily.
Also Read: Gauging the slowdown in China
"We have 850 vehicles which collect waste from households and business establishments and segregate it into six categories," said Mahesh Sharma, cleanliness wing superintendent engineer of the Indore Municipal Corporation (IMC).
The vehicles have separate compartments for different types of waste. Discarded sanitary napkins, for instance, go into a separate compartment. This sorting at the initial stage of the collection comes in handy for efficient processing, Sharma said.
The highlight of the IMC's waste disposal process is a bio-CNG plant that runs on the wet waste collected from the city. It is Asia's largest such facility, according to city officials.
Also Read: IMF Chief Exclusive | 2023 may be worse than 2022 for the global economy, says Kristalina Georgieva
On February 19 this year, Prime Minister Narendra Modi inaugurated this 550 MT per day capacity plant worth Rs 150 crore at the Devguradia trenching ground. It can generate 17,000 to 18,000 kg of Bio-CNG and 10 tonne of organic manure.
As many as 150 city buses are being run on this Bio-CNG which is Rs 5 cheaper than commercial CNG. The IMC earned Rs 14.45 crore from waste disposal last fiscal, including Rs 8.5 crore from the sale of carbon credits in the international market and Rs 2.52 crore as an annual premium from a private company for providing waste to the bio-CNG plant.
In the current fiscal, the civic body hopes to earn Rs 20 crore from waste disposal, said Sharma.
As many as 8,500 safai mitras (sanitary workers) work in three shifts to keep Indore clean, he added. Sewage generated in the city too is treated at three special plants and reused at 200 public gardens, farms and for construction activities, said horticulture officer Chetan Patil.
Also Read: 5G is Here: PM Modi checks out Jio, Airtel and Vodafone Idea's indigenous tech displays
Check out our in-depth Market Coverage, Business News & get real-time Stock Market Updates on CNBC-TV18. Also, Watch our channels CNBC-TV18, CNBC Awaaz and CNBC Bajar Live on-the-go!