With India set to take over G20 Presidency, here are its planned proposals

With India set to take over G20 Presidency, here are its planned proposals 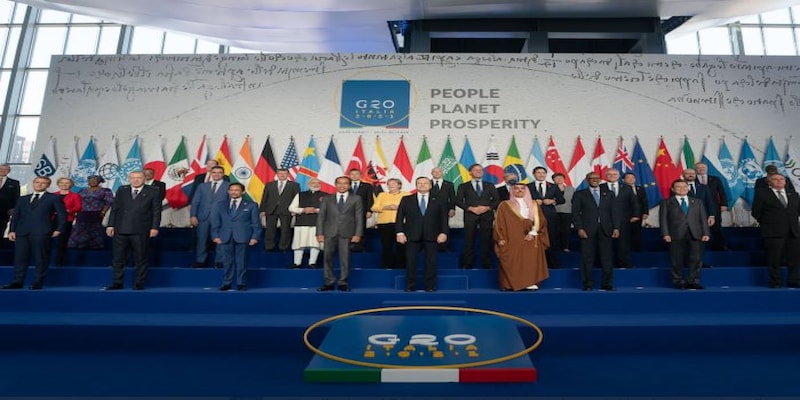 Union Health Minister Mansukh Mandaviya has said that when India takes over the G20 Presidency, it plans to propose digital health innovation and solutions and strengthen cooperation in the pharmaceutical sector.

India is set to take over the G20 Presidency from December 1, 2022, to November 20, 2023. During its presidency of the G20 or Group of 20, on top of India's focus will be innovations, solutions, and preparedness to tackle health emergencies.

In a press conference on Friday, Union Health Minister Mansukh Mandaviya listed out India's plan during its G20 presidency. Here's what he said the country would like to propose:
Mandaviya was quoted by ANI as saying that on the sidelines of the G20 summit, a digital health workshop on collaborative research will be held. This would aim at expanding "access to medical countermeasures and medical value travel and holistic healthcare through evidence-based traditional medicine".
"The need of the hour is to ensure that the use of technology is promoted as an enabler for the achievement of universal health coverage and sustainable development goals," Mandaviya said at Second G20 Health Ministers' Meeting in Bali, Indonesia.
About India's G20 presidency
India will assume the G20 presidency for one year, as stated above. The country is expected to host over 200 meetings during this time. "The next G20 summit will be held in New Delhi on September 9 and September 10, 2023," the government said.
The G20 is a forum of the world's major developed and developing economies. It comprises Argentina, Australia, Brazil, Canada, China, France, Germany, India, Indonesia, Italy, Japan, the Republic of Korea, Mexico, Russia, Saudi Arabia, South Africa, Turkey, the UK, the US, and the European Union (EU).
"As we transition from Indonesian Presidency to the Indian presidency, India would like to continue the momentum built by Indonesia, Italy, Saudi Arabia, and past presidencies with a view to consolidating efforts already initiated by earlier presidencies," Mandaviya was quoted as saying.
(Edited by : Abhishek Jha)
Check out our in-depth Market Coverage, Business News & get real-time Stock Market Updates on CNBC-TV18. Also, Watch our channels CNBC-TV18, CNBC Awaaz and CNBC Bajar Live on-the-go!