As the Bali summit came to an end on Wednesday, Indonesia handed over the G20 presidency to India for the next year. India will officially assume G20 Presidency from December 1, 2022 till November 30, 2023. Taking over the presidency, Prime Minister Narendra Modi said, "It's a matter of pride for every citizen in India".

"In the next one year, it will be our endeavour that G20 works as a global prime mover to give impetus to collective action...Together we will make G20 a catalyst for global change," PM Modi said at the closing session of the G20 Summit in Bali.

What will be India's focus?
Catch G20 Summit LIVE Updates 2022, where world leaders had an emergency meeting.
India's G20 theme
The theme of India's G20 Presidency is “Vasudhaiva Kutumbakam” or “One Earth One Family One Future”.
"The theme affirms the value of all life – human, animal, plant, and microorganisms – and their interconnectedness on the planet Earth and in the wider universe," the government said. 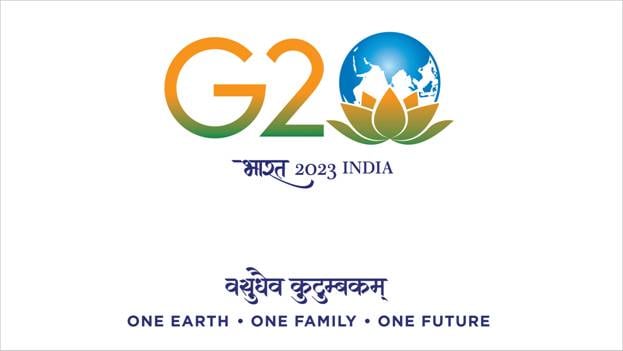 India G20 Logo (Credit: PIB)
India's G20 Logo
The G20 Logo draws inspiration from the colours of India’s national flag – saffron, white and green, and blue. "It juxtaposes planet Earth with the lotus, India’s national flower that reflects growth amid challenges. The Earth reflects India’s pro-planet approach to life, one in perfect harmony with nature. Below the G20 logo is “Bharat”, written in the Devanagari script," the PIB said.
PM Modi said India's G20 logo has been inspired by the lotus and represents "our strong beliefs. We have given a message of peace and non-violence with this logo and theme."
What is G20?
The G20 is a forum of the world's major developed and developing economies. It comprises Argentina, Australia, Brazil, Canada, China, France, Germany, India, Indonesia, Italy, Japan, the Republic of Korea, Mexico, Russia, Saudi Arabia, South Africa, Turkey, the UK, the US, and the European Union (EU).
Together, they account for over 80 per cent of the global GDP, 75 per cent of international trade and two-thirds of the world population
Indonesia G20 summit
The handing-over ceremony was held at the conclusion of the two-day G20 summit in Bali, Indonesia. The summit ended with the member states finalising the joint declaration. Foreign Secretary Vinay Kwatra was quoted by PTI as saying that India has contributed 'constructively' to drafting of G20 'outcome document'.
Check out our in-depth Market Coverage, Business News & get real-time Stock Market Updates on CNBC-TV18. Also, Watch our channels CNBC-TV18, CNBC Awaaz and CNBC Bajar Live on-the-go!