Homeindia Newsindia can grow consistently at 8 for next 20 years on current investment strategy vaishnaw 12954582.htm

India can grow consistently at 8% for next 20 years on current investment strategy: Vaishnaw

India can grow consistently at 8% for next 20 years on current investment strategy: Vaishnaw 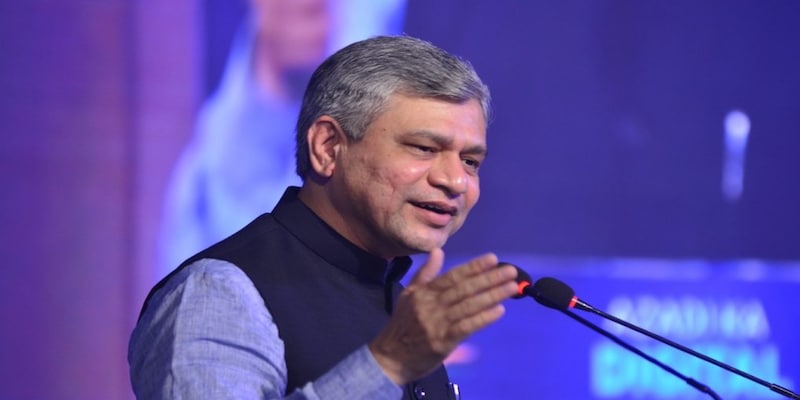 The Indian economy can grow consistently at 8 percent for the next 20 years leading to the generation of up to 1.5 crore new jobs and bringing 3.5 crore people out of the poverty every year on the basis of the capital investment strategy of the government, Union Minister Ashwini Vaishnaw said on Saturday. While addressing the annual general meeting of Assocham, he said that the government has set a target of increasing the capital investment level in the budget from 27 percent of the GDP to 35 percent over the next few years.

"We follow the strategy of capital investment for 5-6 years more, we can grow at 8 percent consistently for the next 20 years, which means, every year, close to 1-1.5 crore new employment, 30-35 million people coming out of poverty. That's the change we can bring in our society by that thought process," Vaishnaw said. The minister said that India has been a consumption-led economy in the past and the Prime Minister has taken a "path of faith" to increase capital investment despite reluctance from several economists.
"Many of the European countries followed the prescription of the Nobel laureates and they are in a very bad situation. We decided to choose the path which had three elements -- public investment, very focussed consumption and reforms and incentives for private industries," Vaishnaw said. He said Germany, US, Japan, China and South Korea have followed the same path of capital investments for several years.
Also read:
Infrastructure investments boosting employment; Gati Shakti will enable efficient planning, says Piyush Goyal
The minister said the country's nominal GDP at the end of the financial year 2021 was Rs 198 trillion and the target was to reach Rs 225 trillion. In this Rs 198 trillion economy, close to Rs 116 trillion came from consumption which is about 59 per cent of the GDP and Rs 53 trillion came from investment which is only about 27 per cent of the GDP, the minister said. The government after analysing that its liability is around 60 per cent of the GDP, decided to go for increasing capital investments.
Vaishnaw said that the Centre gets roughly Rs 20 trillion as gross tax revenue and net tax revenue, after taking out state government share, is about Rs 15 trillion and non-tax is about Rs 3 trillion. "About Rs 18 trillion is the total receipt that the government of India gets on the revenue side," he said.
He said that the way our economy is structured, Rs 13 trillion will go to the MSME sector and close to Rs 10 trillion will go as wages and salaries which will lead to people spending in several sectors. The minister said that people who are in the brick and mortar industry may have seen that the factory capacity utilisation was around 60-70 percent a year ago, which has now reached about 80-85 percent and in some sectors it has reached 90-95 per cent where people are now planning setting up new facilities.
Also read: Piyush Goyal's stiff target: Manufacturing and services sector to push for $1 trillion exports in 10 years
Check out our in-depth Market Coverage, Business News & get real-time Stock Market Updates on CNBC-TV18. Also, Watch our channels CNBC-TV18, CNBC Awaaz and CNBC Bajar Live on-the-go!