First meat now protein supplements, but is India buying into the vegan boom?

First meat now protein supplements, but is India buying into the vegan boom? It might well be the turn of vegan alternatives to find their spot in the sun in other dietary products. According to one study, India’s plant-based protein market reached a volume of about 11,250 tons in 2020, with projections of a 12.4 percent CAGR growth between 2021 and 2023.

Since the beginning of the year, alternative meat has surely and steadily made its way into mainstream Indian eating. ITC’s new plant-based burger patties and nuggets are testament to this fledgling market.

Now, it might well be the turn of vegan alternatives to find their spot in the sun in other dietary products. According to one study, India’s plant-based protein market reached a volume of about 11,250 tons in 2020, with projections of a 12.4 percent CAGR growth between 2021 and 2023.
This findings point to one very real possibility — come next year, Indians could be consuming just under 16,000 tons of vegan protein, and a significant percentage of this in the form of protein supplements.
Also read: Tata Consumer forays into plant-based meat with ‘Tata Simply Better’
“There’s no denying that only three years ago, India was a nascent market for vegan protein, but the next three years could see vegan protein turn into as much of a market force as whey protein is, today,” says Aditi Mammen Gupta, Founder, Origin Nutrition. The proof of the pudding is in the eating — and a slice of Aditi’s vegan protein market pie comes with some compelling data on just how popular vegan protein is becoming.
The last five months alone have seen Origin Nutrition clock a 15 percent month-on-month growth in sales, with nearly 70 percent of its sales coming from online channels. The company is servicing an average of 3,500 orders per month and hopes to grow 4x by the end of FY-23.
“Today, our vegan protein supplements come in two sizes, five flavours and a separate multi-flavour pack,” says Aditi, “We have worked on our UI and UX after making a few mistakes in our early stages and have tightened our sales strategy, now.”
She adds: “We want to grow between 8x and 9x over the next two years, and are confident that these numbers would be much higher if we launch all that we’ve planned for in the pipeline.”
Origin is not alone. Brands like Nourishment Needs and Fast & Up in the plant-based protein space have also shored up their orders and set key differentiators, for themselves. Most recently, Tata Consumer Products (TCP) announced a foray into the health supplements segment with the launch of its own plant-based protein powder.
Also read: Tata Starbucks to soon unleash vegan menu across India
Flavours like chocolate and strawberry have been a universal hit across these brands, with pea and beetroot extracts at the core of the vegan substitute in almost all products. On its part, Origin claims its protein is traceable back to the crop in the pursuit of transparency in safety.
Tata GoFit, TCP’s latest range of health supplements for women is being described as an easy-to-mix product with special emphasis on gut-friendly probiotics. “The launch is in line with Tata Consumer Products’ focus on accelerating innovation, strengthening its wellness portfolio and expanding its total addressable market,” a statement from Tata Consumer Products said.
There’s good reason for plant-based proteins zooming up the popularity charts, the first and foremost of them to do with health.
“Because saturated fats are more in animal fats, plant-based proteins are considered beneficial,” says Dr PV Lakshmi, Chief Dietician, Gleneagles Global Health City. “A US-based study recently indicated that plant-based protein contains a 10 percent improved mortality rate when compared to animal proteins,” she adds, “It’s also expected to improve energy efficiency by 3 percent.” 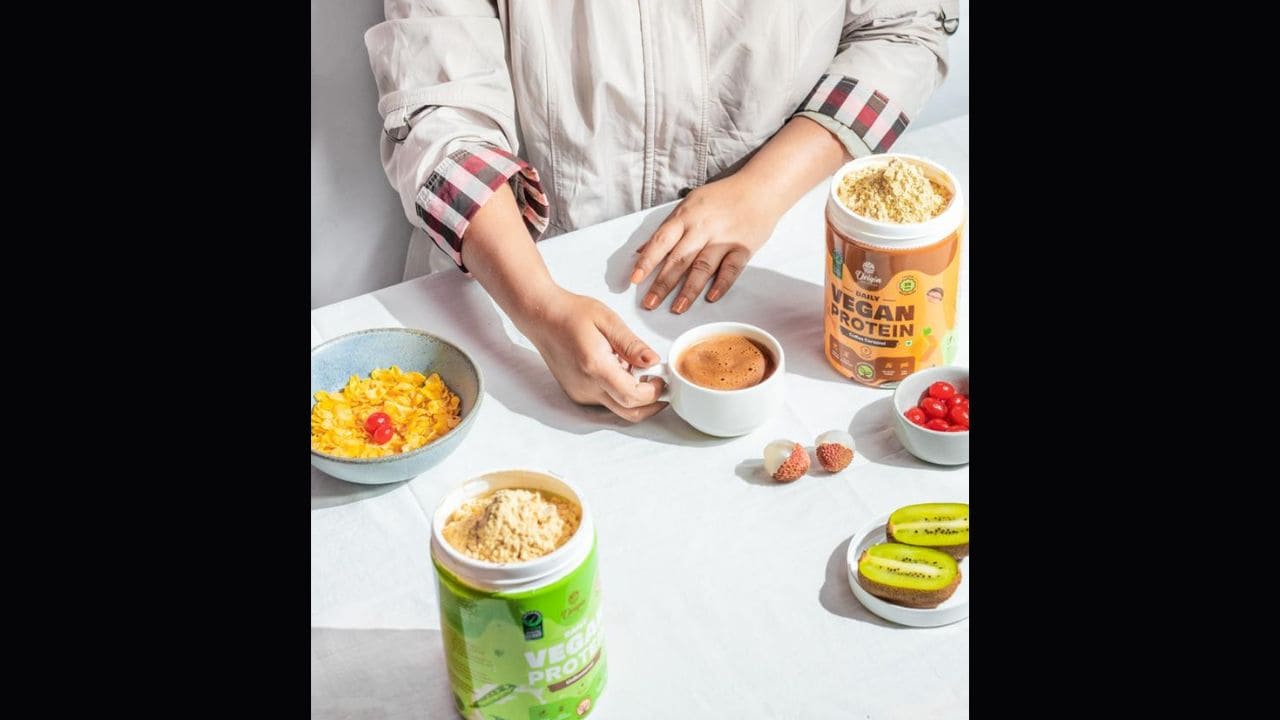 However, the fact remains that from meat to supplements, consumption of plant-based protein continues to remain a niche market segment when compared to the bigger picture. Online meat retailer Fipola has been selling plant-based meat for over 18 months now, but says that the product itself accounts for a negligible percentage of sales.
“It (share of plant-based meat sales) is not too significant right now — its less than 1 percent when compared to overall sales — but that’s also because prices are high,” says Sanjoy Das, Chief Operating Officer, Fipola, “But when popularity goes up and volumes rise, it is only natural that prices of plant-based protein will reduce in the near future.”
Also read: This startup wants you to eat 'vegetarian chicken' nuggets; here's why
Check out our in-depth Market Coverage, Business News & get real-time Stock Market Updates on CNBC-TV18. Also, Watch our channels CNBC-TV18, CNBC Awaaz and CNBC Bajar Live on-the-go!