Ban on firecrackers in Delhi but 2 of 5 families in NCR will still burst some this Diwali, says survey

Ban on firecrackers in Delhi but 2 of 5 families in NCR will still burst some this Diwali, says survey 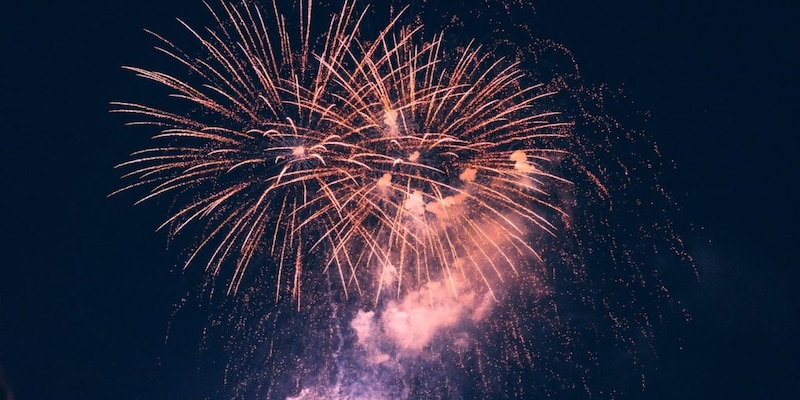 Bursting firecrackers could attract a jail term of up to six months, and a fine of Rs 200, Delhi Environment Minister Gopal Rai said on Wednesday.

Delhi has a complete ban on the production, sale, and use of all types of firecrackers —yes, the green ones, too — till January 1, 2023. A coordinated action plan is being carried out by the Delhi Police, Delhi Pollution Control Committee and the Revenue Department to implement the ban.

Still, a recent survey states that the percentage of households bursting firecrackers in Delhi-NCR on Diwali could be the "highest in five years". According to a survey conducted by LocalCircles, two out of every five families are likely to indulge in the activity.
Clearly, more must be done to screen any firecrackers coming into Delhi across the border. As per the survey, 10 percent of the respondents said they bought firecrackers from shops in Delhi, but 20 percent said they purchased them from other cities in the National Capital Region (NCR).
Manufacturing, storing or selling firecrackers in Delhi will be punishable with a three-year jail term and a fine of up to Rs 5,000. Bursting firecrackers could attract a jail term of up to six months, and a fine of Rs 200, Delhi Environment Minister Gopal Rai said on Wednesday.
Also Read: Diwali 2022: Is bursting firecrackers a Diwali tradition?
The survey received more than 10,000 responses from the residents of all the districts in Delhi, Noida, Ghaziabad, Gurugram and Faridabad. Sixty-nine per cent of the respondents were men, while 31 per cent were women.
"As there is no ban on crackers in the NCR cities of Noida, Ghaziabad, Gurugram, and Noida, 39 percent of Delhi-NCR families are planning to burn crackers,” the survey report said.
Many other states and Union Territories have taken similar or less stringent measures to curb the bursting of firecrackers this Diwali (Here are the details).
Meanwhile, according to the Central Pollution Control Board (CPCB), Delhi recorded an Air Quality Index (AQI) of 247 at 8 am, which comes under the poor category.
An AQI between zero and 50 is considered good, 51 and 100 satisfactory, 101 and 200 moderate, 201 and 300 poor, 301 and 400 very poor, and 401 and 500 severe.
Also Read: Diwali 2022: How is the festival of lights celebrated?
Check out our in-depth Market Coverage, Business News & get real-time Stock Market Updates on CNBC-TV18. Also, Watch our channels CNBC-TV18, CNBC Awaaz and CNBC Bajar Live on-the-go!