Explained: What is Section 64 of CrPC that is being challenged in the Supreme Court

Explained: What is Section 64 of CrPC that is being challenged in the Supreme Court 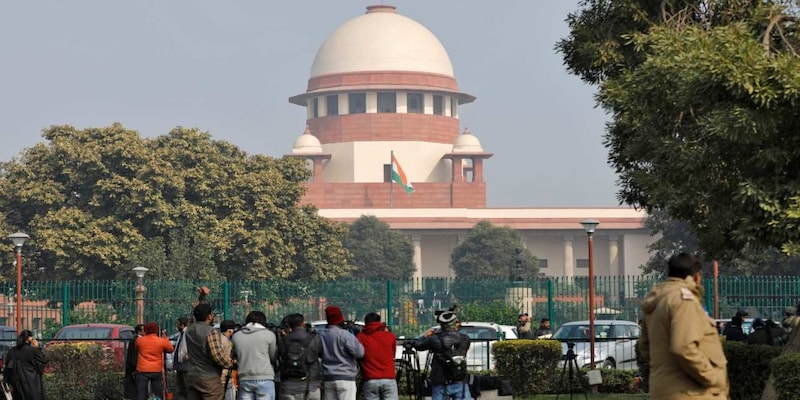 Petitioners have claimed that Sec 64 of CrPC is discriminatory in nature against women as it treats female members of the family as incapable of accepting summons on behalf of the person summoned.

The Supreme Court has issued a notice to the government on a public interest litigation (PIL) challenging Section 64 of CrPC, on the basis of it being a gender-biased provision.

The top court has sought responses from the law ministry and ministry of home affairs on the petition. Petitioners have claimed that Section 64 of CrPC is discriminatory in nature against women as it treats female members of the family as incapable of accepting summons on behalf of the person summoned, news agency ANI reported.

SC issues notice to the Centre on a PIL challenging Sec 64 of CrPC, saying it discriminates against women by treating the female members of the family as incapable of accepting summons on behalf of the person summoned. SC seeks response from Ministry of Law and Justice and MHA pic.twitter.com/9nGaHnBBWX

What is Section 64 of CrPC?
Section 64 of the Code of Criminal Procedure, 1973, relates to service when a person summoned cannot be found. The section states that when a person summoned cannot be found after due diligence, the summons can be served by leaving one of the duplicates for him with an adult male member of his family residing with him.
ALSO READ: SC terms Morbi Bridge collapse an 'enormous tragedy', asks HC to hear plea seeking judicial probe
The person with whom the summons is left will have to receive the copy by signing on the back of the duplicate. The section further states that a servant cannot be considered a member of the family under this section.
Earlier cases
In 2020, two students of the National University of Study and Research in Law, Ranchi, moved the Jharkhand High Court challenging the inequality which Section 64 of the Code of Criminal Procedure creates upon women. The petition said the law was discriminatory as it did not allow women members of the family to accept the summons on behalf of the person so summoned. According to the petitioners, this was a violation of Articles 14, 15, 19 and 21 of the Constitution relating to the right to equality, the right to knowledge and the right to a speedy trial.
ALSO READ: SC seeks election commission response on plea alleging misuse of religious names, symbols by parties
(Edited by : Sudarsanan Mani)
Check out our in-depth Market Coverage, Business News & get real-time Stock Market Updates on CNBC-TV18. Also, Watch our channels CNBC-TV18, CNBC Awaaz and CNBC Bajar Live on-the-go!