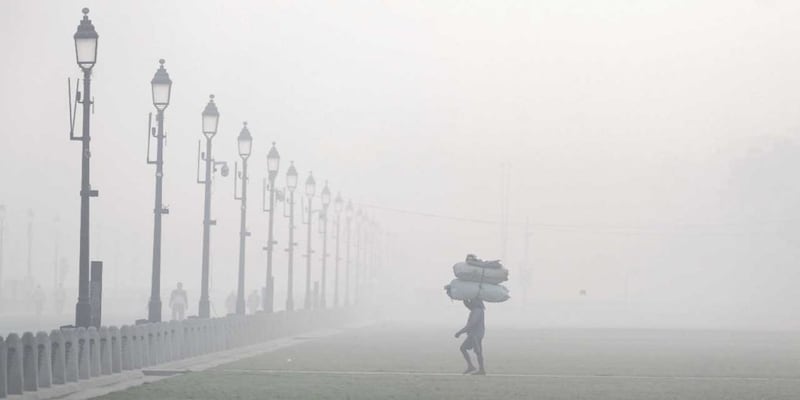 Friday's minimum temperature is the lowest in the month since November 23, 2020, when the city recorded a low of 6.2 degrees Celsius.

Delhi recorded its coldest November morning in the last two years on Friday with a minimum temperature of 7.8 degrees Celsius, four notches below the normal, according to India Meteorological Department (IMD).

The weather office has predicted a partly cloudy sky throughout the day while the maximum temperature is expected to settle at 27 degrees Celsius.
Friday's minimum temperature is the lowest in the month since November 23, 2020, when the city recorded a low of 6.2 degrees Celsius.
Delhi's Air Quality Index (AQI) stood at 273 at 9 am. An AQI between 201 and 300 is considered 'poor', 301 and 400 'very poor', and 401 and 500 'severe'.
The air quality is not predicted to deteriorate significantly in the coming days, according to the IMD.
Check out our in-depth Market Coverage, Business News & get real-time Stock Market Updates on CNBC-TV18. Also, Watch our channels CNBC-TV18, CNBC Awaaz and CNBC Bajar Live on-the-go!