Delhi air improves to ‘poor’ with change in wind speed

Delhi air improves to ‘poor’ with change in wind speed 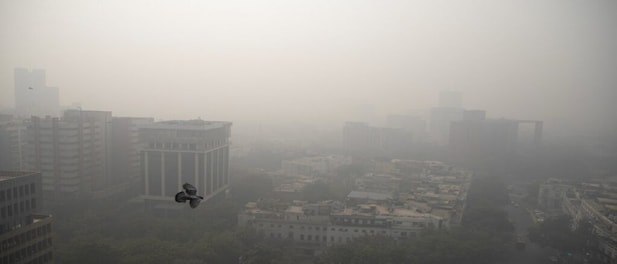 For the past 20 days, AQI in the national capital has been oscillating between ‘very poor’ and ‘severe’ categories.

The air pollution in Delhi fell to “poor” category on Wednesday from “Severe” as improved wind speed flushed out pollutants on Tuesday. The Air Quality Index (AQI) in Delhi was recorded at 280 on Wednesday morning. For the past 20 days, AQI in the national capital has been oscillating between ‘very poor’ and ‘severe’ categories.

According to the System of Air Quality and Weather Forecasting And Research (SAFAR), a central forecasting agency, PM 2.5 was recorded in the ‘poor’ category, while the PM 10 was recorded at 220 in the ‘moderate’ category.
“The wind speed picked up to 8-12kmph during the afternoon, but calm wind was recorded during evening hours,” R K Jenamani, senior scientist at IMD told Times of India.
As there was relatively better wind speed on Monday, the air quality started improving from Monday afternoon and the 24-hour average AQI of Delhi improved to the ‘poor’ category on Tuesday at 4 pm. However, the wind speed again deteriorated on Tuesday evening, and that led to accumulation of pollutants, the TOI report said citing a Met official.
The air quality is expected to remain in “poor" or the lower end of “very poor" category on Wednesday and the “very poor" category from Thursday, said Air Quality Early Warning System for Delhi.
Jenamani added that the wind speed is expected to be low for the next three-four days. The visibility at Safdarjung, the city’s base station, and Palam were in the range of 1,500-2,200 metres.
The winds at transport level are likely to slow down and also change direction from northwest to south/southeast on Wednesday and north or northwest on November 25, leading to further improvement of air quality within ‘poor’ category, SAFAR stated.
The forecasting agency also predicted that local surface winds are relatively low for the next three days that will reduce the dispersion of pollutants.
According to SAFAR, air quality is likely to be within ‘poor’ category for the next three days, as the surface wind flows are expected to rise from November 27.
Meanwhile, stubble burning is set to end for the season. Only 66 stubble burning cases were reported in Punjab on Tuesday, TOI reported. The season’s count reached 71,090 stubble burning cases, nearly 5,000 cases less than the 76,590 incidents reported in 2020.
Check out our in-depth Market Coverage, Business News & get real-time Stock Market Updates on CNBC-TV18. Also, Watch our channels CNBC-TV18, CNBC Awaaz and CNBC Bajar Live on-the-go!