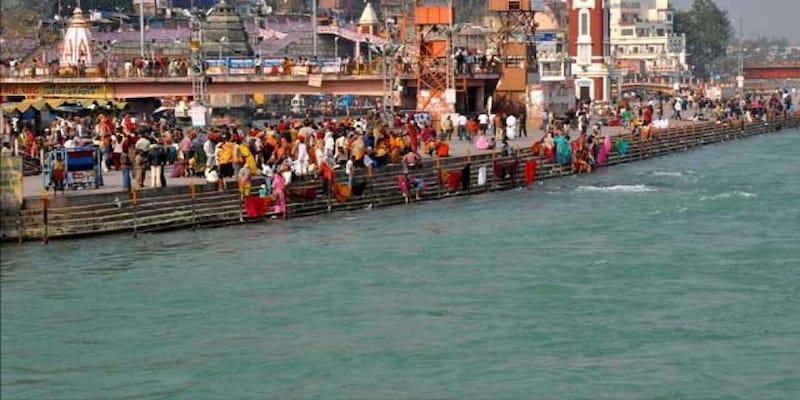 Chemical fertilisers contain phosphates and nitrates which are the main reason behind water pollution, the official said, adding that another major issue is cow dung entering the rivers and advised farmers to use it in farming.

The government is planning to fortify sludge from the Ganga river to use it as fertiliser to promote organic farming and prevent chemicals from entering rivers, a senior official said. Treated water, rich in phosphorus and nutrients, is good for crop growth and in the last two weeks various rounds of discussions have been held on ways to handle the sludge from the Ganga river, National Mission for Clean Ganga (NMCG) Director General Asok Kumar said.

According to him, efforts are underway to produce fortified sludge and provide it to farmers at subsidised rates. "We found that treated sludge can be very similar to fertiliser. So, if we can add a little bit of fortification, then it (sludge) can be as good as a fertiliser and will help in organic farming," Kumar told PTI.
"We are in talks with companies to produce fortified sludge that could be used as fertilisers and given to farmers at a subsidised rate," he added. He said two objectives can be achieved through this -- first, the farmers will use natural fertilisers and second, the problem of piling of sludge will be solved.
"If I can make a fair deal with the farmers then they might prefer that also. We can also get farmers incentivised for taking up this deal. We are in talks with companies to produce well-fortified fertilisers from the sludge," he said. He said it will also prevent chemicals from entering rivers and causing pollution.
Chemical fertilisers contain phosphates and nitrates which are the main reason behind water pollution, he said. Kumar said another major issue is cow dung entering the rivers and advised farmers to use it in farming.
"If I can also convince the farmers to use gobar (cow dung) as it is a major problem in the Ganga basin due to the large bovine population in the area. If we can go for natural farming then we can use this cow dung as manure which again prevents E.coli from getting into the river," Kumar said. Kumar said now the focus of the NMCG is on -- Arth Ganga -- which aims to connect people with the river and establish an economic linkage between them for sustenance.
"For the last two months, we have been working extensively on Arth Ganga to make that economic connect," he said. In 2015, the government launched the NMCG or -- Namami Gange -- with an indicative cost of Rs 20,000 crore, as an umbrella programme with an aim to integrate previous and ongoing projects and new initiatives planned for cleaning the Ganga. Under the programme, a total of 347 projects were sanctioned against a cost of Rs 30,255 crore.
The projects comprise an infrastructure and non-infrastructure development towards rejuvenating the Ganga. The projects directly related to the cleaning process include the development of sewerage infrastructure, industrial effluent treatment plants, rural sanitation, and river surface cleaning.
Check out our in-depth Market Coverage, Business News & get real-time Stock Market Updates on CNBC-TV18. Also, Watch our channels CNBC-TV18, CNBC Awaaz and CNBC Bajar Live on-the-go!