CBI takes over probe into Birbhum killings; Bengal politics heat up over murders

CBI takes over probe into Birbhum killings; Bengal politics heat up over murders 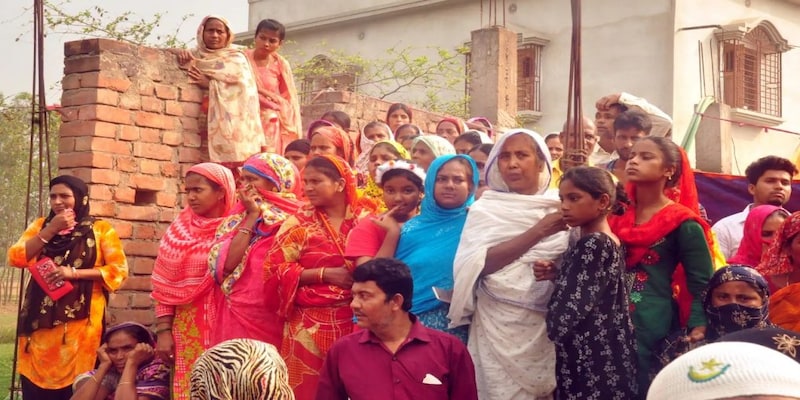 The high court, which has been hearing a suo motu petition in the case since Wednesday, said that facts and circumstances demanded the investigation be handed over to CBI to instil confidence in society. The agency has already dispatched a team, along with eight experts from Central Forensic Science Laboratory (CFSL) who have visited the site of crime, officials said.

The Central Bureau of Investigation (CBI) on Friday took over the probe into the Birbhum killings hours after Calcutta High Court directed the central agency to replace the state investigation team formed by the West Bengal government to look into the gruesome mass murder. Earlier in the day, observing that the burning of eight people in Bogtui village in Bengal's Birbhum district earlier this week has shaken the conscience of society, Calcutta High Court directed the CBI to take over the investigation and submit a report by the next date of hearing, which was set for April 7.

The high court, which has been hearing a suo motu petition in the case since Wednesday, said that facts and circumstances demanded the investigation be handed over to CBI to instil confidence in society. The agency has already dispatched a team, along with eight experts from Central Forensic Science Laboratory (CFSL) who have visited the site of crime, officials said.
Unknown assailants had thrown petrol bombs and set ablaze some 10 houses on fire in Bogtui village in the early hours of Tuesday, killing eight people including women and children, in a suspected fallout of the murder of a ruling Trinamool Congress deputy chief of the local panchayat. While opposition parties welcomed the high court order for CBI investigation into the violence alleging that the state police was trying to hush up the matter, the ruling TMC questioned whether CBI, which comes under the Union government, can be trusted to be impartial, claiming the BJP has been misusing central agencies.
The Mamata Banerjee-led party however said all cooperation would be extended to the CBI but there would be mass movements if the saffron party uses it to harass TMC leaders. "We welcome the court's decision. Only a CBI probe can bring out the truth as the police, acting as agents of the ruling party, were trying to suppress the matter," state BJP chief Sukanta Majumdar said. While senior CPI(M) leader Sujan Chakraborty said his party was hopeful that the CBI would carry out a fair probe.
However, TMC state general secretary and spokesperson Kunal Ghosh said the state government had so far done everything to unravel the truth and arrested a number of people and added, "We have seen how CBI has been used by the ruling dispensation to corner the opposition parties. So, we don't feel that the CBI is an impartial agency. For good measure, he added that if BJP tries to use the CBI investigation to harass our leaders, there would be mass movements."
The High Court bench while passing the judgement ordering CBI to take over the probe had said that it found that though the SIT was constituted on March 22, "till now (March 25) there is no effective contribution of the SIT in the investigation". The court, however, did not divulge details of the shortcomings in the SIT probe.
Meanwhile, TMC leader and former Rampurhat block-1 president Anarul Hossain who was arrested Thursday in connection with the killings claimed that he had surrendered before police. "I surrendered before the police after 'Didi' (Chief Minister Mamata Banerjee) instructed me to do so," Hossein said while he was being taken to a court here, where he was remanded to 14 days police custody.
Police had Friday arrested Hossein from outside a hotel in the pilgrimage town Tarapith by tracking down his mobile phone after failing to find him at either his home or office, hours after Banerjee had directed it to nab the TMC leader if he did not surrender before then. The state police on Friday also recovered a huge cache of arms and explosives from various parts of the state, a day after the chief minister ordered them to throw a dragnet and unearth all illicit arms caches. We have recovered caches of illegal weapons from various districts of the state, including Birbhum, West Midnapore. The weapons have been seized, and the crude bombs have been defused by the CID and police bomb disposal squad. Several people have also been arrested, a senior police official said.
Check out our in-depth Market Coverage, Business News & get real-time Stock Market Updates on CNBC-TV18. Also, Watch our channels CNBC-TV18, CNBC Awaaz and CNBC Bajar Live on-the-go!