A new study by the Energy Policy Institute at the University of Chicago (EPIC), shows that the average Indian loses over 5.2 years of their life to air pollution. It gets worse in the Delhi-National Capital Region (NCR) region, where life expectancy is shortened by over 9 years as citizens are constantly exposed to toxic air. Residents of cities like Mumbai and Kolkata lose about 3.5 years to poor quality of air. 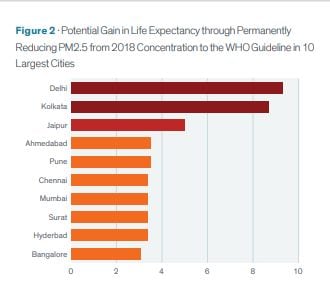 According the World Health Organization, nine out of ten people breathe air containing high levels of pollutants and it kills about seven million people across the world every year.

North India Is The Most Polluted

According to the EPIC study, more than 480 million people, or about 40 percent of India's population, reside in the Indo-Gangetic plain region of north India – Bihar, Chandigarh, Delhi, Haryana, Punjab, Uttar Pradesh and West Bengal. A denser population also means more lives are impacted by each pollution source.

Uttar Pradesh has the worst air quality in the country, in its capital city, Lucknow, current pollution levels are 11 times greater than the WHO guidelines which means residents lose about 10.3 years of their lives due to the toxic air.

The air in the national capital city is not clean either as residents of Delhi-NCR could see 9.4 years shaved off if air quality does not meet WHO guidelines and 6.5 years if it does not meet the national standard as per the report. 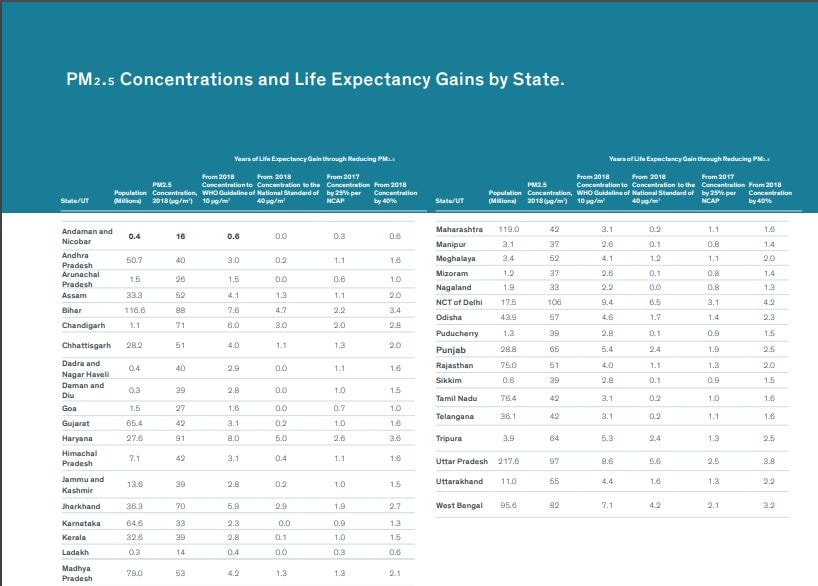 This increase in air pollution does not come as a surprise. Over the last two decades, industrialisation and economic development coupled with a growing population has meant higher energy consumption, more emissions from vehicles and increased construction activity. Factors like biomass burning and smoke from brick kilns etc. add to the particulate pollution in the region.

All of India's 1.4 billion people live in areas where the annual average particulate pollution level exceeds the WHO guideline. Eighty-four percent live in areas where it exceeds India’s own air quality standard. Across India, reducing particulate pollution to the World Health Organization's guideline of 10 µg/m3 would increase the national average life expectancy by 5.2 years estimates the EPIC study.

This new data underscores the fact that air pollution remains the greatest risk to human health despite the COVID-19 pandemic and the only cure to this toxic disease is strong and sustained public policy action. There are currently an estimated 4.5 billion people around the world exposed to particulate pollution levels that are at least twice what the World Health Organization considers safe.

"Though the threat of coronavirus is grave and deserves every bit of the attention it is receiving—perhaps more in some places—embracing the seriousness of air pollution with a similar vigor would allow billions of people around the world to lead longer and healthier lives. The reality is, no shot in the arm will alleviate air pollution. The solution lies in robust public policy," added Michael Greenstone, creator of the AQLI at the Energy Policy Institute at the University of Chicago.

A sense of optimism emerges from the fact that citizens of some of the most polluted countries in the world are now recognizing that air pollution is a big problem, and governments are also beginning to respond. 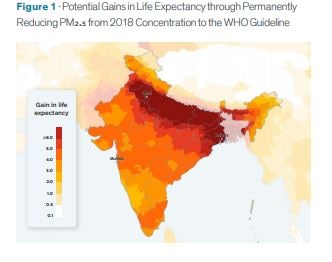 In 2019, India launched the National Clean Air Programme (NCAP), touting it as a war on pollution. The aim of NCAP is to reduce particulate pollution by 20-30 percent relative to 2017 levels by 2024. The study notes that, though the NCAP’s goals are nonbinding, if India does achieve and sustain this reduction, it would lead to remarkable health improvements: a nationwide reduction of 25 percent, the midpoint of the NCAP's target, would increase India’s national life expectancy by 1.6 years, and by 3.1 years for residents of Delhi.

In South Asia, particulate pollution has been on the rise, and now shortens lives more than anywhere else in the world. Bangladesh, India, Nepal and Pakistan are consistently among the five most-polluted countries, accounting for 23 percent of the world’s population but 60 percent of the life years lost to pollution.

People living in these countries could see their lives cut short by 5 years on average, after being exposed to pollution levels that are now 44 percent higher than they were two decades ago. High pollution across the entirety of Bangladesh makes it the most polluted country in the world.
Tags air pollution Delhi NCR World Health Organization
Published : July 29, 2020 06:29 PM IST