Updated : July 25, 2020 01:01 PM IST
It has been a whole lot tougher than he imagined, and Jadav Payeng now seeks the help of communities and the government to help preserve his forest.

“I had asked for a boat and a forest outpost for Molai Kathoni. It’s been years and I am still waiting…,” said Padma Shri environmentalist and forestry worker Jadav Payeng who has dedicated nearly 42 years of his life taking care of Molai woods – a forested area spread over 550-hectares of land located along a barren sandbar of Majuli, the world’s largest river island in Assam, about 28 kilometres from Jorhat town.

Also known as the ‘Forest Man of India’, Payeng has been planting saplings since 1979, transforming the wasteland into a heavily wooded landscape - large enough to see the return of wildlife in the area. But it has been a whole lot tougher than he imagined, and Payeng now seeks the help of communities and the government to help preserve his forest.

In the past few weeks, Jadav Payeng has been battling floods to visit the forest even as extensive soil erosion continues to threaten its survival. His daughter Munumi Payeng often helps her father in the forest - the Mishing family of five lives about 5 kilometres off Molai Kathoni at Kokilamukh village.

More than 50,000 people have been affected in Majuli district with floodwaters of the rain-swollen Brahmaputra gulping down everything in sight.

“Things have been worse as several wild deer from the forest have been caught and killed by miscreants for meat. I need forest personnel to man this area and check on humans more than animals. I cannot do this alone anymore, but even the forest department in Majuli is understaffed. I was informed recently that miscreants killed deer that had strayed out from my forest and the venison was sold at Teok town of Jorhat district. Some even come from far off places to indulge in such illegal activities. I can only plant trees, but such perils would have to be handled by the state government,” said Payeng.

Assam forest officials in Majuli have not confirmed or denied Payeng’s claims though they unanimously stressed the need to have a forest camp at Molai Kathoni area.

“We cannot confirm the killing of deer as we do not have an office there. Also, if anything of this nature did happen, the locals would have informed us. We feel there can be a camp in that place as rhinos and elephants from Kaziranga do frequent the forest,” said Sushil Kumar Thakuria, Divisional Forest Officer (DFO), Majuli.

“There is a presence of deer in the southern part of the Brahmaputra – during floods, many swim to the forest area and stray into human habitat, and they do face harassment at the hands of a few. But the area falls in the southern part of Jorhat district though it lies within Majuli. Since we do not have adequate manpower and infrastructure or boats to cross the river frequently, it becomes difficult to man those areas,” said Forester-1 Atul Kumar Das.

Ever since Payeng began the ground-breaking work of reforestation in Molai forest, he also started planting trees in another sandbar nearby in 2011, which he hoped would turn into another forest in next 10 years, but the work remains incomplete in the times of coronavirus.

The Molai forest with a bamboo understory covering over 300 hectares also has several hundred trees and medicinal plants of indigenous origin. Jadav Payeng now wants his forest to be converted into a Community Reserve, confident that villagers would support his mission. Community Reserves are Protected Areas that act as buffer zones and migration corridors for national parks, Wildlife Sanctuaries and Reserved and Protected Forests of India. 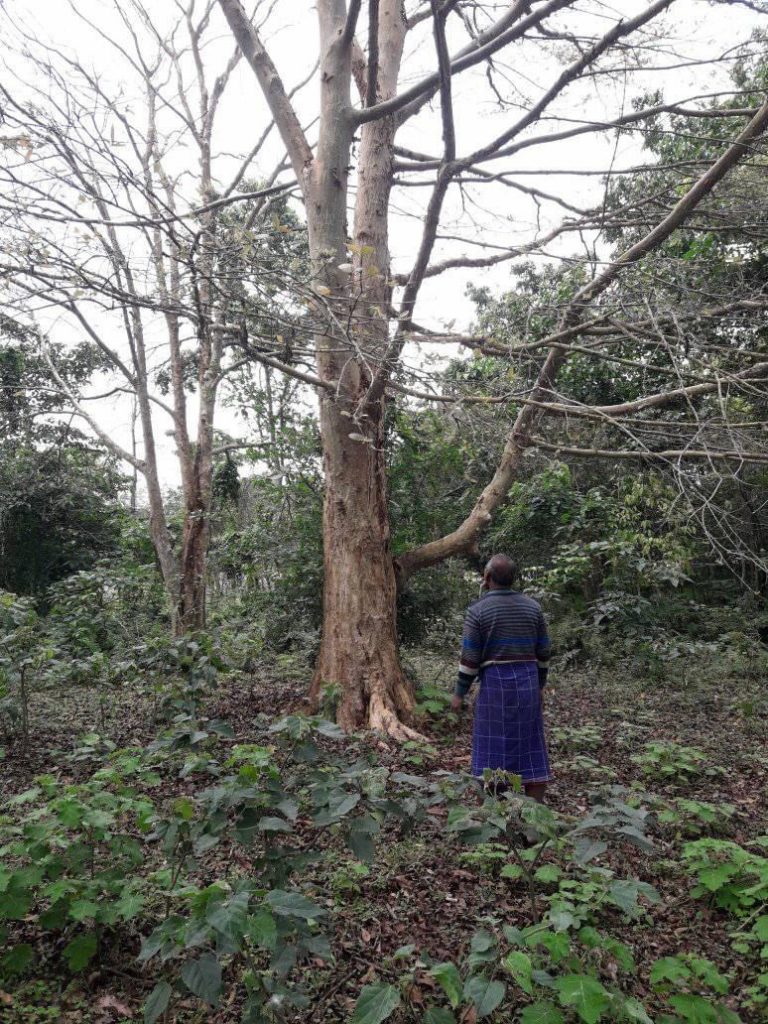 “I wanted to expand the forest to 2000 hectares by planting trees that provide fruit and feed for elephants and other wild animals. This would have stopped them from venturing too close to Aruna Chapori and Kartik Chapori villages that have been severely impacted by floods and erosion this year. My forest is only a kilometre away from these villages. It is government land, and if they convert it into a community reserve, it will also provide socio-economic and livelihood opportunities for our people,” remarked Payeng.

“Only if the villagers in Molai Kathoni come forward and donate community-owned lands for conservation, the forest can be upgraded into a Community Reserve like ones in Meghalaya. It will become a protected area and their work will be legally recognised by the Government of India. Now, we need to depend on the Golaghat division for monitoring animals that move out of Kaziranga to riverine areas,” said P Sivakumar, the Director of Kaziranga National Park.

While the forest hosts animals that migrate from Kaziranga National Park every flood season, Payeng wants authorities to also build a highland for wildlife taking shelter inside Molai Kathoni. “During the COVID-19 lockdown, we helped forest personnel guide a rhino back to Kaziranga. It stayed for two months till March. A highland can accommodate more animals during the high flood. The deer stay here for 12 months, but the elephants and rhinos that move out of the national park stay in my forest for 3-4 months. Rhinos come here in December and may keep arriving till April,” Payeng explained.

Close to the Molai forest, the Majuli forest division led by Forester-1 Atul Das has also achieved a remarkable feat by planting trees to create a mini-forest spread over 250 hectares in Salmora area of the island. Such initiatives to convert sandbars into forests can go a long way in conservation - the thick woods along the river can function as satellite habitats for Kaziranga. But every area developed along the banks of the Brahmaputra is exposed to the risk of erosion, said Das.

“Reforestation happens by natural seeding or by artificial planting of seeds or young trees, the river might help create a forest or wash away the lands. Our mission is successful today, but may face the threat of erosion in future. It is not easy to maintain these mini forests…There is also a herd of about 80 elephants in Salmora and they will be here throughout the year, we have to keep a close vigil,” he added.

“Erosion is a natural phenomenon – if the river has washed away lands, it has also created a thousand hectares more. Some animals have died in floods. Jadav Payeng is a simple man. He is a nature and wildlife lover but lacks scientific knowledge. He should be guided in the right direction," said Jitu Kalita, a wildlife photographer and freelance journalist from Jorhat district who first witnessed Payeng’s conservation efforts in Majuli and introduced him to the world.

Payeng, however, lives in constant fear that his forest might someday meet the same fate as his childhood village on the banks of the Brahmaputra - he has some fond memories of the place that was completely washed away, forcing his parents to migrate to Majuli.

Recalling how a herd of 115 elephants visited Molai Kathoni in 2008 after 30 years, Jadav Payeng said, “I shall continue to visit the forest every morning at 5 am and return home by 3 pm, I shall continue planting more trees. But beyond that, the government needs to shoulder this responsibility of keeping the forest and animals safe - it’s a people’s forest.”
Tags Assam floods Jadav Payeng Molai Kathoni