Anand Mahindra tweets prescription for 'lack of sleep', it says…

Anand Mahindra tweets prescription for 'lack of sleep', it says… 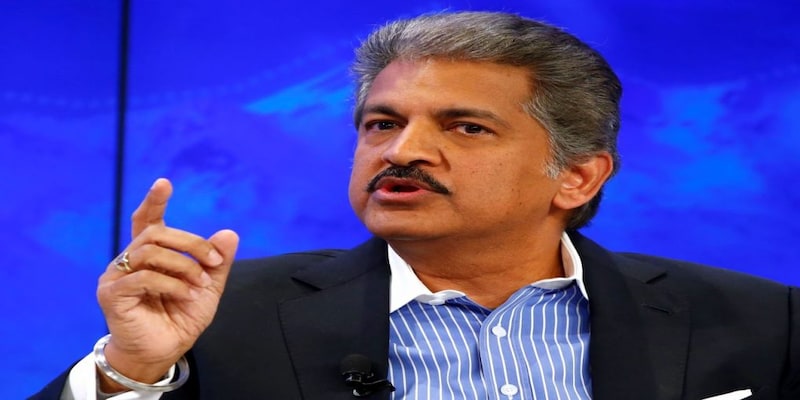 “My wife prescribed this for me aeons ago. And she doesn’t even possess a medical degree,” he tweeted.

Anand Mahindra is a bona fide Twitter celebrity who is always ready with a clever reply or two. The head honcho of Mahindra and Mahindra took another opportunity to show off his wits today on Twitter. Talking about the chronic lack of sleep, Mahindra humorously replied to former Minister of Environment of Norway Erik Solheim.

“Looks like you were tweeting this to me, Erik Solheim?? By the way, my wife prescribed this for me aeons ago. And she doesn’t even possess a medical degree,” Mahindra tweeted.

Looks like you were tweeting this to me, @ErikSolheim ??By the way, my wife prescribed this for me aeons ago. And she doesn’t even possess a medical degree…😃 https://t.co/UOu5lp54sE

Mahindra retweeted an image of a “prescription” on which the patient’s name was written as Anand and the diagnosis was a “lack of sleep”. The ‘prescription’ had the recommended treatment to “throw away your computer and phone.” Mahindra’s witty reply quickly got thousands of likes on the platform.
ALSO READ:
Anand Mahindra hits 10 million followers on Twitter: A look at his quirky and popular tweets
Many users chimed in with their own humorous suggestions.
“Anand Mahindra sir, Indian women don't need a degree to give a prescription that is inherent in them, they have a remedy for every action u take and also the reason behind it,” said a user.
"I followed this advice, 10/10 works!" added another.
“Serious illness.  More than half of the world is seriously ill with this, said one user of the platform.
But some of the users had differing viewpoints. One user gave the example of exemplary individuals like Nikola Tesla, Leonardo da Vinci, and Salvador Dali as some people who reportedly lived on few hours of sleep each night.
ALSO READ:  India’s unique digital payments ecosystem 'simply stunning', says Anand Mahindra
The industrialist had hit the milestone of 10 million followers on the social media platform recently. The 67-year-old billionaire tweets regularly and had thanked his followers with a GIF for the milestone.

My reaction when I saw this milestone in the number of followers. Hard to believe I have a family this large. (Clearly violating Family Planning guidelines!) A huge thank you to all for your interest and your belief in me. Let’s stay connected. 🙏🏽🙏🏽🙏🏽 pic.twitter.com/NEIKAlKh5I