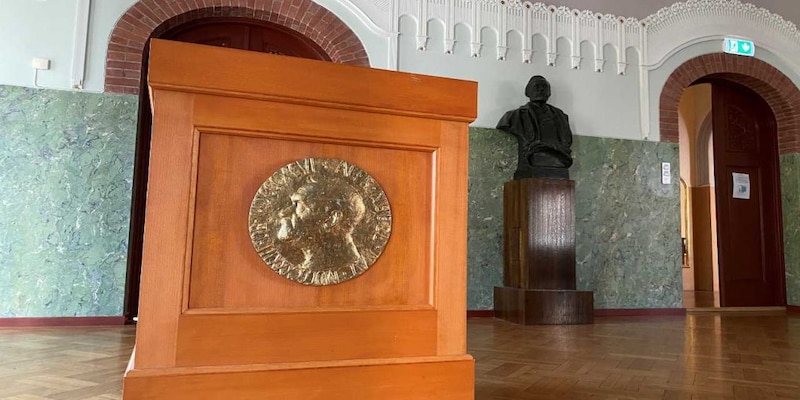 The duo has methodologically debunked rumors and fake news circulating on social media. Zubair was arrested in June over a tweet he had posted four years ago. He is currently out on bail
There are about 343 candidates - 251 are individuals and 92 are organizations - in the running for the Nobel Peace Prize for 2022. The winner of the 2022 Nobel Peace Prize will be announced on October 7 in Oslo.
A Reuters survey has found Belarusian opposition politician Sviatlana Tsikhanouskaya, broadcaster David Attenborough, climate activist Greta Thunberg, Pope Francis, Tuvalu's foreign minister Simon Kofe, and Myanmar's National Unity government are among those nominated by Norwegian lawmakers for the coveted prize.
Among the favourites for the peace prize are Ukraine President Volodomyr Zelenskyy, The UN Refugee Agency, the World Health Organisation (WHO) and Russian dissenter and Vladimir Putin critic Alexey Navalny.
Check out our in-depth Market Coverage, Business News & get real-time Stock Market Updates on CNBC-TV18. Also, Watch our channels CNBC-TV18, CNBC Awaaz and CNBC Bajar Live on-the-go!