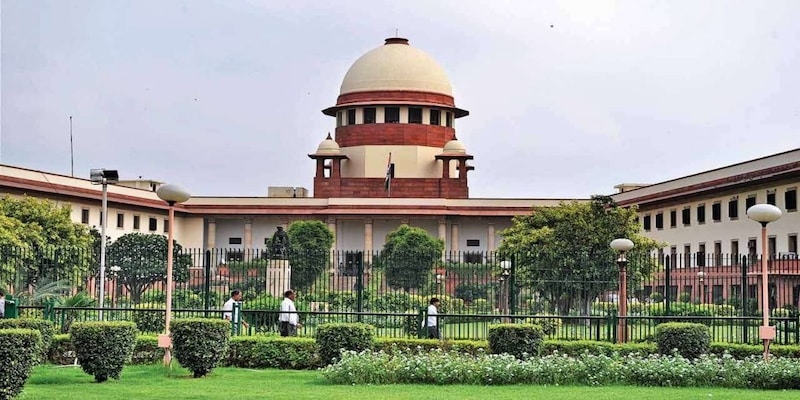 Ahead of Dushera-Diwali, the Supreme Court of India has slammed firecracker manufacturers for violating its orders. Despite a ban by the apex court, several manufacturers were caught maintaining inventories of barium salts, revealed raids by the Central Bureau of Investigation.

Ahead of Dussehra-Diwali, the Supreme Court of India has slammed firecracker manufacturers for violating its 2018 judgement banning toxic ingredients like barium in fireworks. A bench of Justices M R Shah and A S Bopanna said the top court is not averse to the celebration but not at the cost of the life of other citizens.

The celebration does not mean the use of loud crackers, it can also be with "Fuljhaddi" and the like which are not noisy, it said. "Our earlier order must be complied with by every state. Despite the fact that there is a specific ban on joint crackers, if you go to any state or city or any celebration, joint crackers are openly available in the market," it said.
Despite a ban by the apex court, several manufacturers were caught maintaining inventories of barium salts, revealed raids by the Central Bureau of Investigation. In its previous hearing, SC had asked firecracker manufacturers to show cause why they should not face contempt action.
With a view to striking a balance between the interests of the firecracker industry and human lives, the Supreme Court in 2018 had banned the manufacture and sale of loud, toxic crackers, while allowing the industry to dabble into green or improved crackers.
In nationwide curbs, the court had also reduced the time to burst crackers during Diwali and other occasions to two hours -- between 8-10 pm.
The issue
To understand why using firecrackers is such an issue, we need to understand how it works.
Firecrackers combust in the sky because fuel and oxidizers react and release energy. This release of energy creates an explosion, which sends the material to spread in the sky in a superheated state. The crackers that contain metal salts get excited due to this and emit light.
Different metals used in this combination produce differently coloured light. For example, Barium metal produces green light and Strontium and Lithium metals produce red light.
But studies show burning crackers contributes to pollution. Within an hour, the levels of Barium can increase as much as 12 times, a study showed. Strontium spreads as fast as 120 times and Copper as fast as six times.
According to a report by the Central Pollution Control Board, levels of Aluminium, Barium, Strontium, Iron surge sharply on the night of Diwali. This worsens the already deteriorating air quality. It also aggravates the health of humans and animals. Further, many firecrackers also violate the legal limits on sound, adding to noise pollution.
Green crackers
Green crackers do not use the metals used in the regular ones. Such crackers have been proven to reduce emissions. Consumers can identify such crackers by using unique QR codes.
Also Read | Delhi imposes complete ban on bursting, sale of firecrackers up to January 1
(Edited by : Yashi Gupta)
Check out our in-depth Market Coverage, Business News & get real-time Stock Market Updates on CNBC-TV18. Also, Watch our channels CNBC-TV18, CNBC Awaaz and CNBC Bajar Live on-the-go!