Ministry of Home Affairs says Agniveers will get priority when recruiting for the Central Armed Police Forces (CAPF) and Assam rifles. States including Uttar Pradesh, Madhya Pradesh and Haryana say preference will be given in state police forces. Agnipath Pravesh Yojana is designed to reduce the average age of armed forces personnel.

A day after India launched the Agnipath scheme for recruiting soldiers in the Army, Navy and the Air Force largely on a four-year short-term contractual basis, the Ministry of Home Affairs (MHA) and some state governments have announced their policy decisions on the same.

Union Home Minister Amit Shah took to Twitter on Wednesday to announce that his ministry would prefer the retired 'Agniveers' when recruiting for the Central Armed Police Forces (CAPF) and Assam rifles.

Amit Shah said that detailed planning had begun.
Meanwhile, the Ministry of Education said it will recognise in-service training received by 'Agniveers' as credits for graduation. Under IGNOU’s (Indira Gandhi National Open University) specially designed degree programme, in-service training will count for 50 percent credit, while choice-based courses will constitute rest of the credits.
There'll also be a programme to provide multiple entry-exit points with appropriate certification at every level. The degree will be granted by IGNOU with recognition in India and abroad for employment and education. "The programme will open up opportunities for Agniveers to pursue civilian careers of their choice," sources said.
Uttar Pradesh Chief Minister Yogi Adityanath said the state would give jobs on priority to Agniveers in policing and related services. He used the "double engine government" phrase to emphasise the administration was committed to the future of the youth.

Haryana Chief Minister Manohar Lal Khattar also promised that Agniveers would be given priority in recruitment of police force of the state.
He said, "On behalf of the Haryana government, I assure everyone that 75 percent of Agniveers (who would be relieved after 4 years of service from armed forces) will be given priority in government jobs if they want one. Similar schemes of giving them priority in other jobs will also be formed."

"Agniveers would be given good remuneration. In the first year, they would be given Rs 4.76 lakh, which would increase to Rs 6.96 lakh. When they return after 4 years, they will be given around Rs 12 lakh. They will be given other benefits, allowances, and insurance," the Haryana chief minister said.
About the Agnipath scheme
India launched the Agnipath recruitment scheme for the armed forces on Tuesday, under which soldiers would be released after four years of service. Only 25 percent of these soldiers will be re-inducted as permanent. 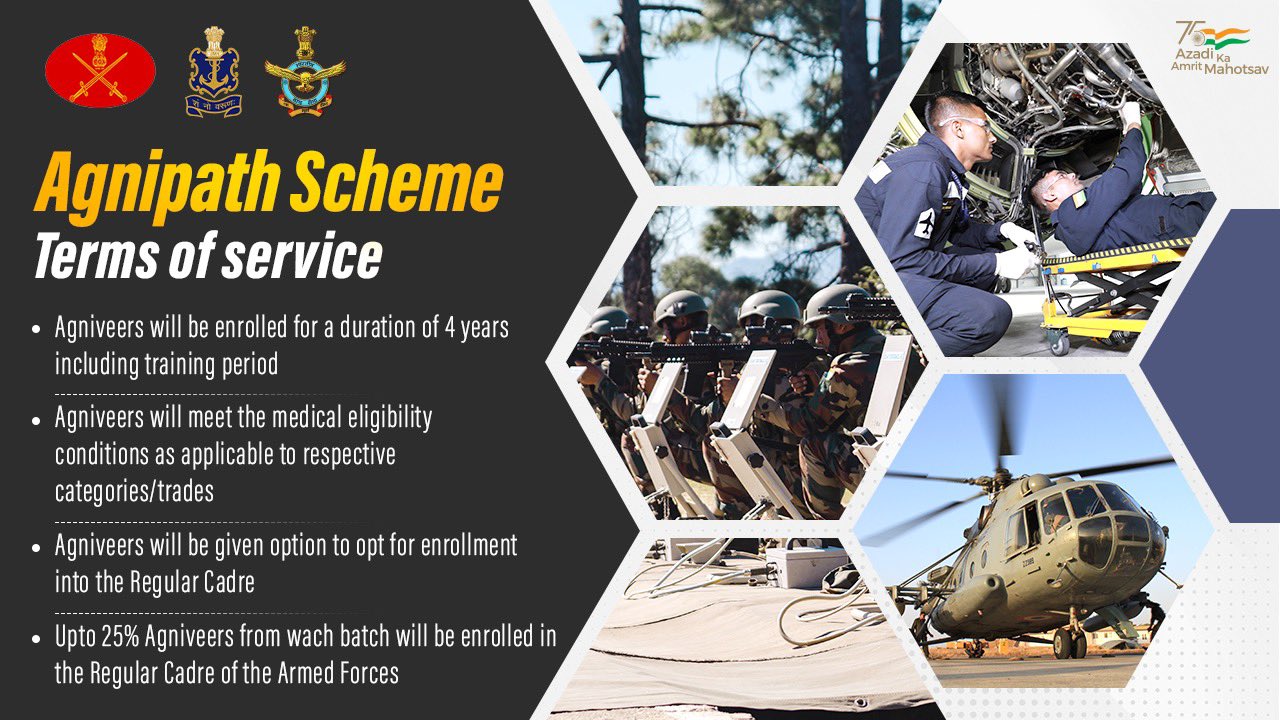 Soldiers recruited under the new model will be called Agniveers. They will form a distinct rank in the three services and will also wear a distinct insignia as part of their uniform, the government said.
Also Read: Agnipath Scheme Allows Youth To Join Army, Navy, Air Force For 4 Years; Details Here
The recruits will receive a monthly package that will include benefits such as risk and hardship allowances, the government said. 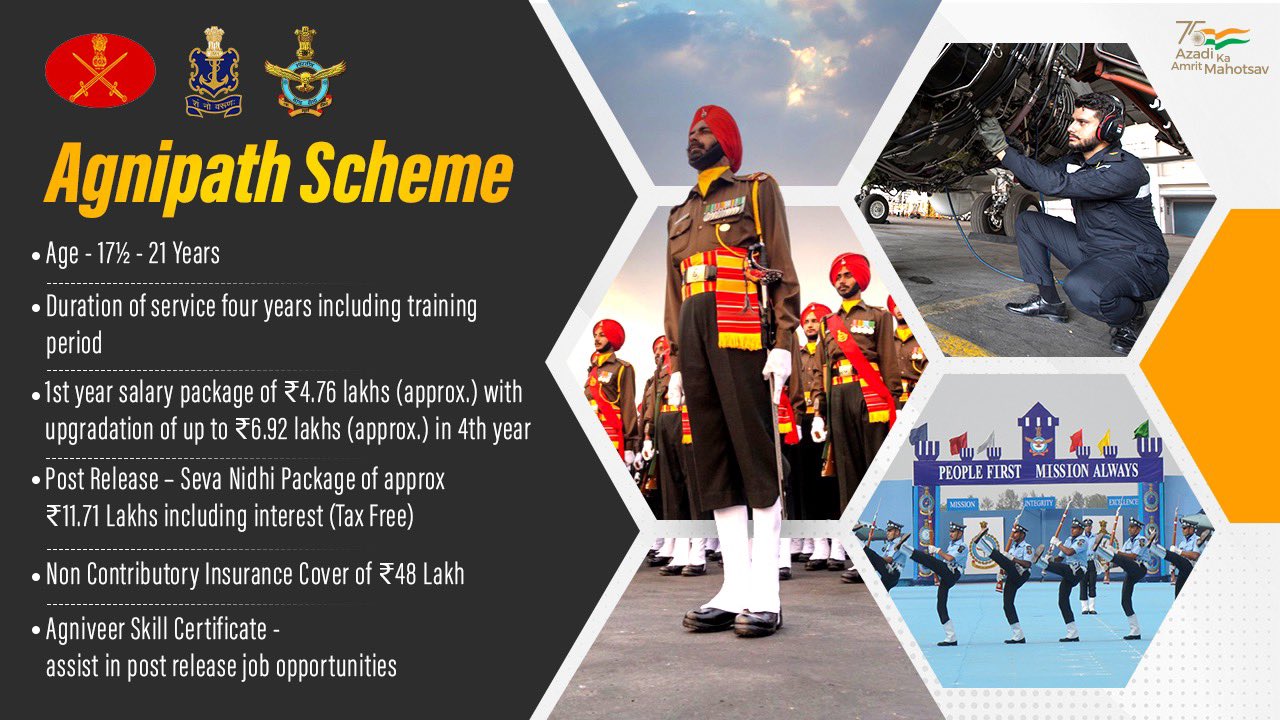 Addressing the media during the launch event of the Agnipath scheme, Defence Minister Rajanath said Agniveers would also be given preference in jobs in the public sector, PSUs, and other industries.
Also read: Agnipath Recruitment Scheme For Defence Forces: Here'S What You Need To Know Some supporters of this scheme have cited multiple benefits of recruiting Agniveers. They said disciplined, battle-hardened young soldiers of 25-26 years of age could be easily recruited in the Central Armed Police Forces or by states as policemen. 'Agniveers', who had worked in technical areas of the services, could easily be recruited by the private sector.
(Edited by : Akriti Anand)
Check out our in-depth Market Coverage, Business News & get real-time Stock Market Updates on CNBC-TV18. Also, Watch our channels CNBC-TV18, CNBC Awaaz and CNBC Bajar Live on-the-go!