75,000 youth to get government jobs, PM Modi to hand over appointment letters on Oct. 22

75,000 youth to get government jobs, PM Modi to hand over appointment letters on Oct. 22 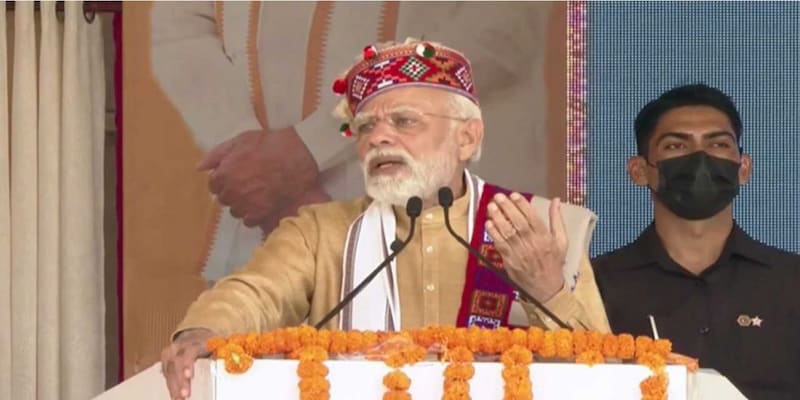 The PM will interact with the shortlisted candidates through video conferencing on Saturday and hand over the appointment letters virtually.

Prime Minister Narendra Modi will hand over appointment letters for government jobs to 75,000 youth across the country on October 22 as part of the Diwali celebrations.

The PM will interact with the shortlisted candidates through video conferencing on Saturday and hand over the appointment letters virtually.
Jobs are being offered to the youth in various ministries, including the home ministry, defence ministry, labour and employment ministry, railway ministry, postal department, Central Bureau of Investigation, Central Industrial Security Force, customs, and banking, among others.
ALSO READ:
PM Modi launches Mission LiFE in Gujarat, says it will help in fighting climate crisis
Central ministers and Members of Parliament have been asked to participate in the ceremony along with those getting the jobs from around 75 places shortlisted by the government.
Education Minister Dharmendra Pradhan will join the programme from Odisha, while Health Minister Mansukh Mandaviya will participate from Gujarat.
Some other ministers including Information and Broadcasting Minister Anurag Thakur, Commerce Minister Piyush Goyal, Railway Minister Ashwini Vaishnav, Finance Minister Nirmala Sitharaman, Heavy Industries Minister Mahendra Pandey, Minister of Tribal Affairs Arjun Munda, and Minister of Panchayati Raj Giriraj Singh are also likely to participate in the programme, NDTV reported.
The Prime Minister’s Office (PMO) had asked various ministries to identify vacant posts and fill them up in a stipulated time, News18 reported quoting government sources.
ALSO READ: PM Modi likely to visit Tripura, Arunachal Pradesh on Oct 27-28
Following widespread criticism over rising unemployment in the country, the prime minister had announced in June that the government would recruit 10 lakh personnel within the next 18 months as part of a major drive. The move comes after recruitment to government jobs was derailed following the COVID-19 pandemic.
Check out our in-depth Market Coverage, Business News & get real-time Stock Market Updates on CNBC-TV18. Also, Watch our channels CNBC-TV18, CNBC Awaaz and CNBC Bajar Live on-the-go!