Six armed militants were killed in a three-hour long gunfight near Nginu village in Longding district of Arunachal Pradesh on Saturday morning.

In one of the biggest success for security forces in Northeast in past three years, six armed militants were killed in a three-hour long gunfight near Nginu village in Longding district of Arunachal Pradesh on Saturday morning.

Police said they had information about the presence of National Socialist Council of Nagalim (NSCN-IM) insurgents, though an identification of the slain rebels is awaited to confirm which group they belonged to.
Official sources said one Assam Rifles personnel sustained injuries and was air lifted from Longding to a nearby hospital. His condition is stated to be stable.
"There was specific information late Friday night about the presence of armed cadres in Longding district. The information was jointly generated by Arunachal Pradesh police, Assam Rifles and Indian Army. A raid was carried out at first light inside a thick forest, a 40-minute walk from the village. When the team reached there, there was heavy exchange of fire and six militants were killed," said Arunachal Pradesh Director General of Police (DGP), RP Upadhyaya to News18.
"We believe they were NSCN-IM insurgents, but we are trying to establish their clear identity. It is the NSCN-IM that is always heavily armed. They did not try to escape, but took position and retaliated with heavy fire," the DGP added. He further said the group was planning to "carry out kidnapping and extortion, and also launch an attack on security forces." 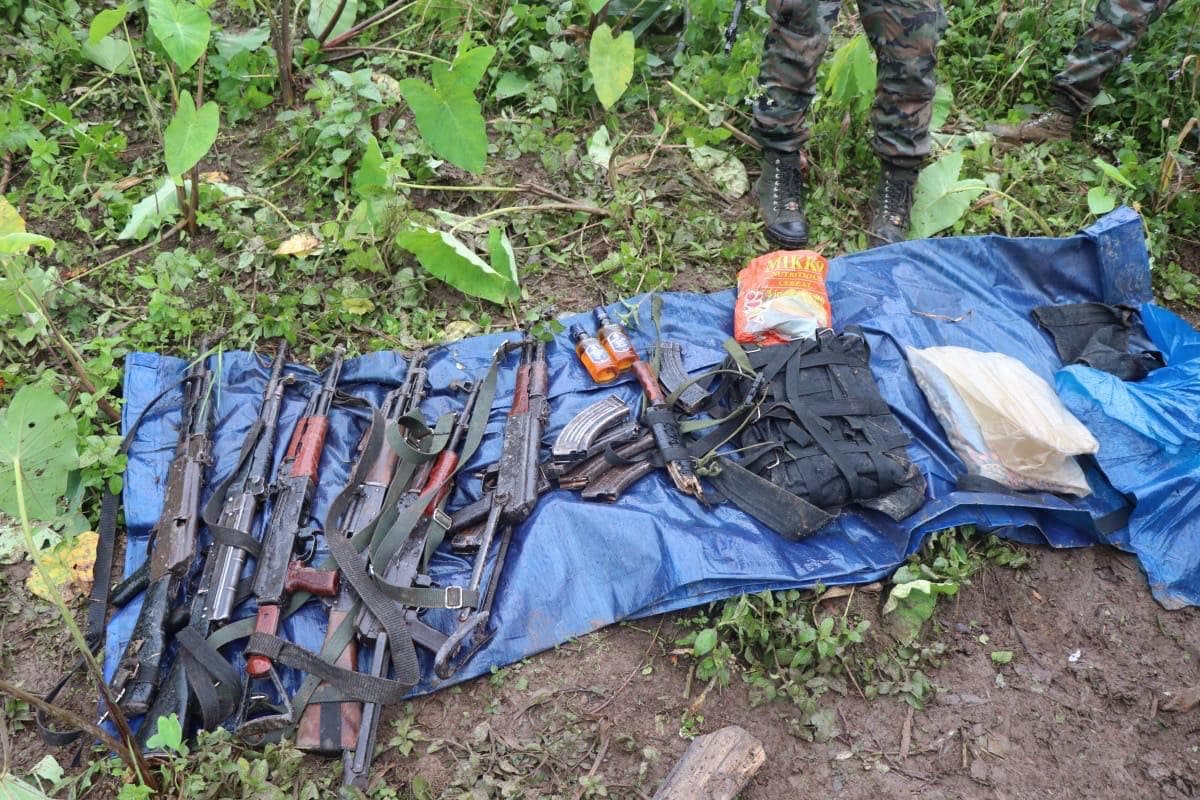 More than 250 rounds were fired by the militants and 500 rounds of live ammunition have been recovered from their possession, police said. Officials seized six weapons including four AK 47 rifles and two MQ81 assault rifles, two grenades and an IED inside a tiffin box.
Till the time of filing this report, identification of neutralised cadres was under progress and combing operations were launched in the area - two hours from Longding district headquarters and near the Nagaland border. The operation took place southeast of Longding under Wakka circle.
"All precautions were taken to ensure there is no collateral damage," said a defence personnel.
In June 2017, 32-year-old Major David Manlun laid down his life fighting a group of ULFA-I (Independent) and NSCN-K (Khaplang faction) militants in Mon district of Nagaland. He was awarded the nation’s second highest peacetime gallantry award, the Kirti Chakra.
The NSCN factions have signed separate ceasefire agreements with the central government. Arunachal Pradesh has always been a non ceasefire zone with territorial limit of the ceasefire existing only within the state of Nagaland.
Besides the NSCN-IM, which is the largest of the rebel groups in Northeast, the NSCN(K) Yung Aung faction and ULFA-I cadres also operate in these parts of Arunachal.
Earlier in January this year, the National Investigation Agency (NIA) filed a charge sheet against four NSCN-IM cadres over the death of Tirong Aboh, a legislator from Khonsa constituency in Arunachal Pradesh who was killed in an ambush along with ten others.
It has been 23 years since talks between NSCN-IM and the government officially began in 1997, and the group has, so far, held negotiations with six prime ministers.
In August 2015, the union government signed a framework agreement with the insurgent group to seek a final solution to the decades-long Naga political problem. The two sides, however, failed to reach a conclusion over issues concerning the Naga flag and Constitution in recognition of the “Naga history spanning over 70 years”.
Check out our in-depth Market Coverage, Business News & get real-time Stock Market Updates on CNBC-TV18. Also, Watch our channels CNBC-TV18, CNBC Awaaz and CNBC Bajar Live on-the-go!