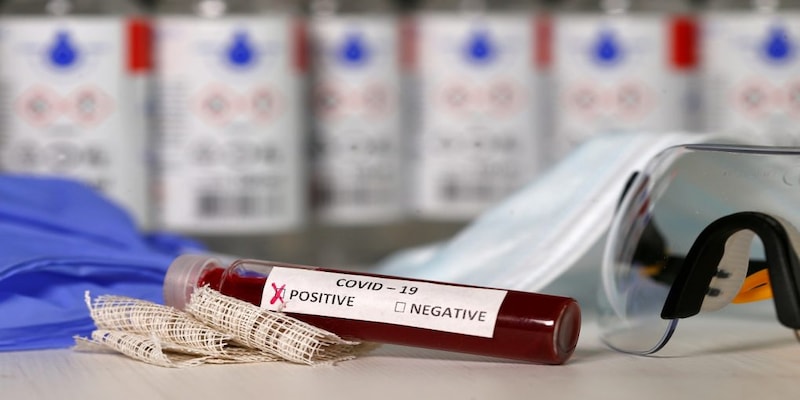 Two prisoners from Guwahati Central Jail who tested COVID-19 positive managed to escape from the Sonapur Covid care centre on the outskirts of Guwahati on Thursday.

Two prisoners from Guwahati Central Jail who tested COVID-19 positive managed to escape from the Sonapur Covid care centre on the outskirts of Guwahati on Thursday while several others tried to get away the next day.

Most recently, 184 prisoners from the Guwahati Central Jail tested COVID-19 positive including NDFB-R chief Ranjan Daimary and few members of the insurgent group, some belonging to radical Islamic organisations and convicts facing prison sentences for armed robberies and kidnappings.
"Three of them tried to escape on Thursday, but one could not manage to climb the wall and was caught by police. Two escapees identified as Saddam and Saibul are accused in kidnapping and dacoity cases and are currently absconding," said an official of Guwahati Central Jail.
On Friday, Assam police thwarted an escape attempt by prisoners from the Lakshmibai National Institute of Physical Education (LNIPE) in Sonapur, about 33 kms from Guwahati. More than 175 prisoners are currently being treated for coronavirus here while 17 others have been discharged and brought back to jail.
"We are upping the security arrangements at the COVID centre. Additional forces have been placed there. Instructions are very clear that any such attempt has to be dealt with appropriate use of methodology required,” Additional Director General of Police (Law & Order) GP Singh told News18.
Eyewitness Account
Sources said three staff of the LNIPE centre were found involved in clandestine activities - supplying cigarettes and tobacco products to the prisoners for money. According to an eyewitness, the incident happened Friday evening after a bus carrying COVID-19 positive prisoners entered the Centre.
"When the bus arrived, the prisoners stared at the new entrants from their windows. The situation changed when police beat up the three boys caught supplying cigarettes to the inmates. For half an hour, there was silence, and suddenly they started making strange noises. They got down to breaking desks and equipment at the centre and all of them came out. Police resorted to blank firing and more force was called in. This lasted for almost an hour."
The medical staff at the centre waited outside for long hours before the situation was brought under control.
"There is sufficient police presence at the centre now and the situation is under control. No one needs to fear," said Guwahati Police Commissioner Munna Prasad Gupta.
The commissioner and secretary, government of Assam, home and political department MS Manivannan said the issue will be discussed today with the Commissioner of Police and the Deputy Commissioner of Kamrup Metropolitan district.
Check out our in-depth Market Coverage, Business News & get real-time Stock Market Updates on CNBC-TV18. Also, Watch our channels CNBC-TV18, CNBC Awaaz and CNBC Bajar Live on-the-go!