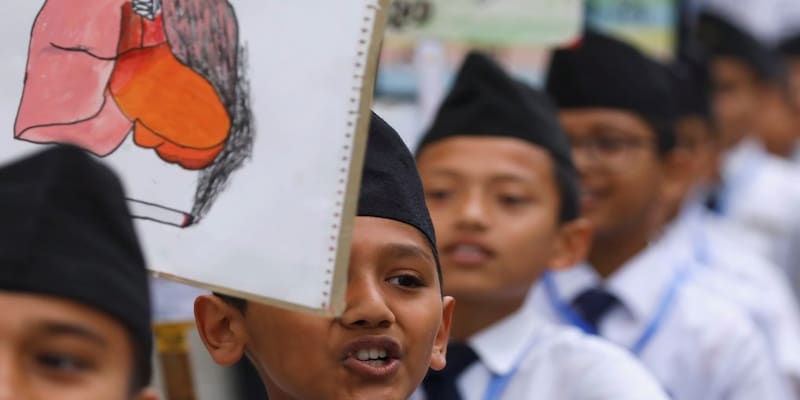 More than eight million people are killed across the world every year due to tobacco use. If tobacco consumption continues at the current pace, this figure is expected to rise significantly by 2030. Such a situation would prevent the world from achieving the sustainable development agenda, which aims at reducing deaths from tobacco-related diseases by a third by 2030.

In the wake of the global tobacco crisis, deaths, and diseases, the World Health Organization (WHO) member countries agreed to observe World No Tobacco Day on May 31, 1987. Since then, the day has been celebrated every year to raise awareness about the damage caused by tobacco products.
Also read: ITC Q4 net profit rises to Rs 4,191 crore as revenues soar
Significance of World No Tobacco Day
According to several studies, active smoking cuts about 13 years from your life expectancy. The number is even higher for people with comorbidities. According to some studies, tobacco is the “leading cause of preventable death globally.” Not to forget, smoking also affects the fertility of an individual and leads to multiple respiratory diseases.
Nevertheless, tobacco products are popular all across the world. India is among the top 10 tobacco-producing nations of the world, along with the United States, Brazil, Indonesia, Argentina, Malawi, Zimbabwe, Tanzania, China and Pakistan. China has the highest number of smokers globally — approximately 300 million.
Also read: No smoking: New Zealand to ban youth from ever buying cigarettes
Theme of World No Tobacco Day 2022
Every year, the World No Tobacco Day is observed with a different theme related to tobacco and its industry. The objective is to raise awareness about the harms of the use of tobacco in any form and the negative health effects of exposure to passive smoking. For this year, the theme for World No Tobacco Day is ‘Protect the environment.’
Also read: View: The answer is tobacco harm reduction
The subject emphasises how tobacco harms people's health and pollutes the environment. This year's theme also highlights how people often disregard tobacco's severe environmental effects. For example, there needs to be a greater understanding of how discarded cigarette butts contribute to plastic pollution. Besides, the cultivation of tobacco entails using a large amount of water and pesticides.
The fact that cigarette smoking releases 84,000,000 tonnes of carbon dioxide into the atmosphere can be used to assess the environmental cost of cigarettes. Tobacco smoke emits three different kinds of greenhouse gases.
Also read: Pollution killed 90 lakh across the globe in 2019 and more than a quarter were from India, a study reveals
Shunning the use of tobacco will not only prevent fatal chronic diseases like cancer but also help the world inch closer to sustainable development goals.
This year, the World No Tobacco Day campaign calls on policymakers to make tobacco producers (industries) accountable for environmental damage due to tobacco product waste.
Calling for the accountability of tobacco industry, WHO website said, "The tobacco industry is making profit by destroying the environment and needs to be held accountable for the environmental destruction and made to pay for the waste and damages, including to recover the cost of collecting these wastes."
Further highlighting the fact that tobacco cultivation and manufacturing pollutes water, soil and beaches, WHO requested the governments and policy makers across the world to support tobacco farmers in switching to more environmental friendly livelihoods.
"Governments and policy makers should support tobacco farmers to switch to alternative, more sustainable livelihoods to reduce the environmental impact of tobacco growing, curing and manufacturing while continue to implement tobacco control measure."
(Edited by : Shoma Bhattacharjee)
Check out our in-depth Market Coverage, Business News & get real-time Stock Market Updates on CNBC-TV18. Also, Watch our channels CNBC-TV18, CNBC Awaaz and CNBC Bajar Live on-the-go!