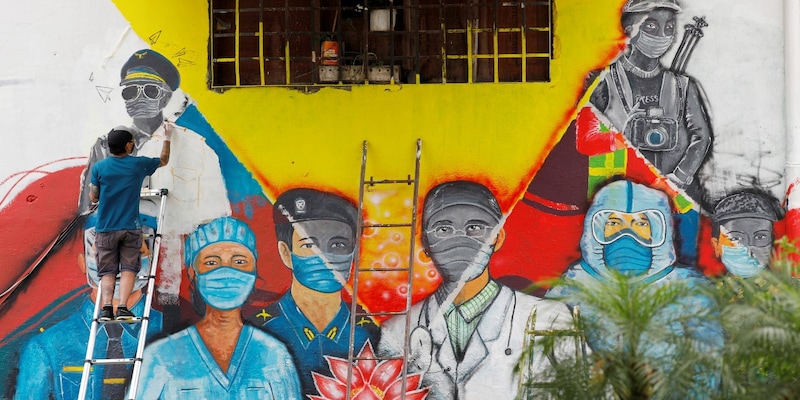 India reported 2,706 new COVID-19 cases, 4.31 percent lower than the previous day, according to the Ministry of Health and Family Welfare. As per the data released by the government today, daily cases were above 2,000 for the sixth consecutive day. With fresh cases, the country's overall caseload has been pushed to 4,31,55,749.

Moreover, active cases in the country surged for the seventh consecutive day. With 611 new active cases, the nationwide active caseload mounted to 17,698 on Monday.
The maximum number of COVID-19 cases were reported in Kerala (846), followed by Maharashtra with 550 new cases and Delhi with 357 cases. The Union health ministry's update on COVID-19 in India, May 30
Meanwhile, 25 more deaths due to the infection were reported in the country. Of these 25, one death each was reported in Maharashtra and West Bengal in the last 24 hours, while 23 were reported as backlog death in Kerala, the health ministry said.
Also, 2,070 people recovered from COVID-19 in the last 24 hours. So far, 4,26,13,440 people have recovered from the infection in India.
ALSO READ | Postpartum depression is more than just ‘baby blues’ & COVID made it worse — here’s what the doctors say
As of Monday, active cases constituted 0.04 percent of the cumulative cases. The daily positivity rate stood at 0.97 percent, the weekly positivity rate at 0.58 percent, and the recovery rate touched 98.74 percent.
Besides, in the last 24 hours, 2,28,823 vaccine doses were administered in the country. Over 193.31 crore vaccine doses have been administered so far under Nationwide Vaccination Drive.
ALSO READ | Delhi government fines over 4,500 people for not wearing masks
(Edited by : Akriti Anand)
Check out our in-depth Market Coverage, Business News & get real-time Stock Market Updates on CNBC-TV18. Also, Watch our channels CNBC-TV18, CNBC Awaaz and CNBC Bajar Live on-the-go!