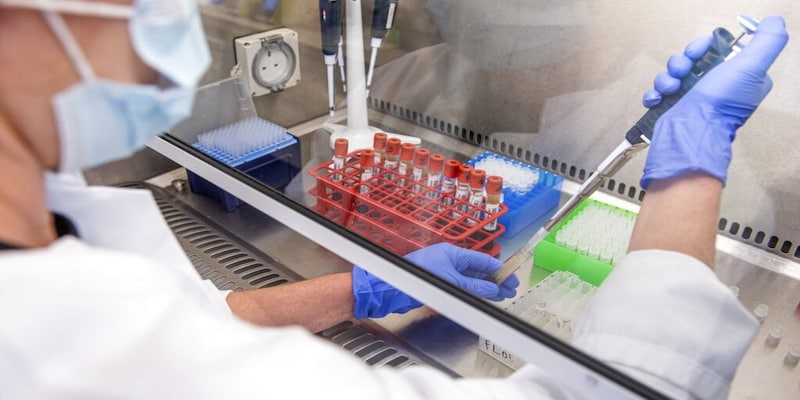 With India’s COVID-19 cases rising every day and an increase in death cases caused by the same, our country has encountered one of the worst healthcare crisis of all time.

With India’s COVID-19 cases rising every day and an increase in death cases caused by the same, our country has encountered one of the worst healthcare crisis of all time. Having said the coronavirus pandemic is just a part of the increasingly frequent epidemics/pandemics as per the WHO.
There is more to come with rising globalization, urbanization and climate changes. It is said that in a global society and in connected age infections or epidemics can spread from a remote village to a major city onto the other side of the world within just 36 hours!
And in a scenario where no effective preventive and curative medicine is yet available; a healthy immune system is the most crucial and promising defense against such viral infections. In general, our immune system is like a barrier – it protects us from illness, pathogens, and toxins by providing resistance to those infections.
Without the body's own defense mechanism, the functioning of organs and overall health can be compromised.
There are different types of immune cells that work in a synchronized manner to identify, locate, capture, and destroy the pathogens. Antioxidants are substances that protect our cells against free radicals, which play a role in diseases. Free radicals are molecules produced when our body breaks down food or when we are exposed to infection, or chemicals.
Glutathione to boost immunity and protect against viruses
The Glutathione way of preventing viruses:
Glutathione (GSH), a major cellular antioxidant, is considered an inhibitor of the inflammatory response involving reactive oxygen species (ROS). In simple language, Glutathione protects the cell and the body from damage caused by harmful chemicals generated during the fight between immune system cells and the invading pathogens or other chemicals.
Research supports the view that endogenous GSH plays an important role in the establishment of the immune responses to viruses.
Research has also shown that active glutathione (GSH) primes WBCs in the body’s front-line infection fighters. GSH-enhanced in immune cells is able to produce more infection-fighting substances, controlling both bacterial and viral infections. When intracellular glutathione stores are rich, immune molecules are stimulated, and both viruses and other pathogens are inhibited.
Glutathione is capable of scavenging everything, that is why it a very important molecule in the cellular system. And one of the most important things is Glutathione along with P450s which are almost present in all cells, are capable of detoxifying most of the toxicants – xenobiotics like pesticides, fertilizers that we could accidentally get exposed to.
Recent research reports found that increasing levels of Glutathione generally balances the degenerative processes and reduces the degeneration for that matter.
Glutathione is produced by the body itself, however; age, pollution, and infections cause glutathione levels to deteriorate. Low glutathione levels are documented to hamper the function of various immune cells (esp. lymphocytes) and these cells show restored function post restoring Glutathione levels.
Glutathione is important for the identification of pathogens and also for generating antibodies that offer long term protection. It is a very effective antioxidant that keeps inflammation in the lungs under check and especially helpful in keeping lung function during a viral infection.
In Conclusion
Given an increasingly connected society, future epidemics will no longer be the sole responsibility of public healthcare experts. It will be the accountability of each individual too. Compromised immunity is an important reason to acquire an infection.
And every person will have to take the responsibilities for their own immunities too. Elderly patients, diabetics, immune-compromised patients, poor dietary and lifestyle habits impact immunity adversely and hence are more susceptible to infections.
Ensuring potent immunity is key to keep ourselves protected. It is almost impossible to avoid exposure to viruses and other pathogens and we have to live with them. We can protect ourselves by consuming a balanced diet rich in antioxidants, vitamins, and minerals and to maintain a healthy and maintaining an active lifestyle.
—Anish Desai is Director-Strategic Medical Affairs – Adroit Biomed Ltd and Sushant Raorane is Co-Founder- Director – Adroit Biomed Ltd. The views expressed are personal
Check out our in-depth Market Coverage, Business News & get real-time Stock Market Updates on CNBC-TV18. Also, Watch our channels CNBC-TV18, CNBC Awaaz and CNBC Bajar Live on-the-go!