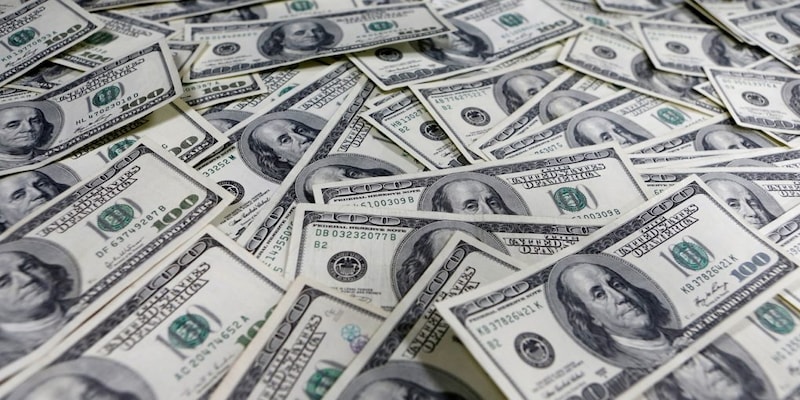 Lawmakers said there may not be enough time to pass the measures before government funding expires at midnight Sunday (0500 GMT Monday), which means they would have to pass another temporary extension to keep the government operating.

US congressional leaders have reached an agreement on a USD 900 billion package to provide the first new aid in months to an economy hammered by the coronavirus pandemic, the Senate’s top Republican and Democrat said on Sunday, but it remained unclear when Congress would vote to seal the deal. ”At long last, we have the bipartisan breakthrough the country has needed,” Republican Senate Majority Leader Mitch McConnell said on the Senate floor.

The package would be the second-largest economic stimulus in US history, following a USD 2.3 trillion aid bill passed in March. The deal comes as the pandemic accelerates, infecting more than 214,000 people in the country each day. More than 317,000 Americans have already died.
Democratic Senate Minority Leader Chuck Schumer said the package should have enough support to pass both chambers of Congress. ”Finally we have some good news to deliver to the American people,” he said on the Senate floor.
The package would give USD 600 direct payments to individuals, boost unemployment payments by USD 300 a week and give hundreds of billions of dollars in additional aid to small businesses. It would also provide USD 25 billion for rental assistance, sources said.
Lawmakers said they had resolved disputes over the Federal Reserve’s pandemic lending authority, education funding and small-business lending. ”I think it’s, for the most part, wrapped up,” Republican Senator John Thune told reporters.
Congress aims to include the coronavirus aid package in a USD 1.4 trillion spending bill funding government programs through September 2021. Lawmakers said there may not be enough time to pass the measures before government funding expires at midnight Sunday (0500 GMT Monday), which means they would have to pass another temporary extension to keep the government operating.
House of Representatives Speaker Nancy Pelosi, the chamber’s top Democrat, told reporters earlier on Sunday she wanted to give members some time to review the package before calling a vote. The bill leaves out two of the most contentious elements in the negotiations: legal protections for businesses from coronavirus lawsuits, which had been sought by Republicans, and the substantial aid for state and local governments advocated by Democrats.
Sources briefed on the matter told Reuters on Sunday the deal was expected to grant US airlines USD 15 billion in new payroll assistance that will allow them to return more than 32,000 furloughed workers to their payrolls through March 31.
It would also include USD 1 billion for passenger railroad Amtrak, USD 14 billion for public transit systems and USD 10 billion for state highways, one of the sources said. A further USD 3.2 billion would help provide broadband internet access for low-income Americans.
EXPECT VOTES?
The bill would have to be passed by the Democratic-led House of Representatives before the Republican-controlled Senate could take it up. If passed, it would then go to President Donald Trump to sign into law.
Republican Senator John Cornyn said lawmakers might not be able to vote on the deal by midnight.
”I think it’s doubtful, would be my guess,” he said. Senator Pat Toomey, a Republican, had insisted on language that would guarantee that the Federal Reserve could not revive emergency lending programs for small businesses and state and local governments after they expire on Dec. 31.
Republicans had said the programs were an unnecessary government interference in private business. Democrats in turn accused the Republicans of trying to limit Democratic President-elect Joe Biden’s options for boosting the flagging economy after he takes office on Jan. 20.
The pandemic will stand as the largest crisis facing Biden’s new administration, although signs of hope have emerged as the United States has begun vaccinating people against the illness. The two sides agreed on language that would not allow the exact program currently in place to renew but did not block similar programs from being created.
In the 11 months since the first cases of the new coronavirus were documented in the United States, COVID-19 has put millions of Americans out of work, with unemployment rising. Economists say growth will likely remain sluggish until vaccines are widely available in mid-2021.
Check out our in-depth Market Coverage, Business News & get real-time Stock Market Updates on CNBC-TV18. Also, Watch our channels CNBC-TV18, CNBC Awaaz and CNBC Bajar Live on-the-go!