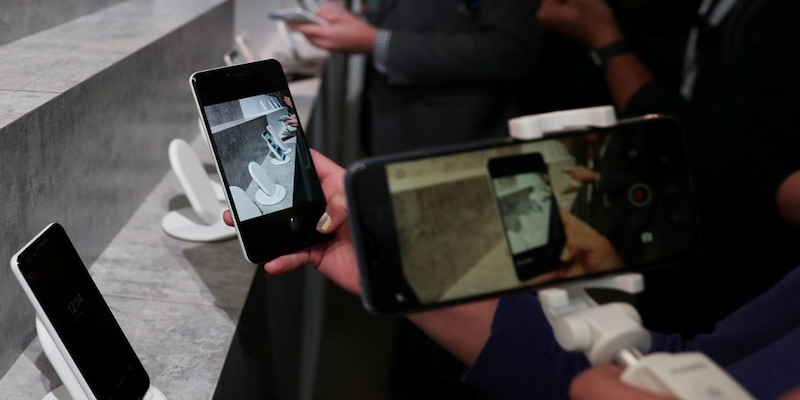 There are already initiatives focused on using established mobile technologies like text messages and calls to connect healthcare workers and patients to each other, and to test results.

Healthcare workers in low-income countries, like those in sub-Saharan Africa, could use existing smartphones to diagnose, track and control infectious diseases, scientists say.

There are already initiatives focused on using established mobile technologies like text messages and calls to connect healthcare workers and patients to each other, and to test results.
According to researchers, including those from Imperial College London in the UK and the University of KwaZulu-Natal in South Africa, smartphones could also help enable people to test themselves, and get results and support in their own homes.
This would make it easier for people to look after their own health -- particularly in rural regions, where clinics can be too far away to travel.
In addition, patients worried about a potential HIV infection might be more inclined to get tested if they could do it at home and avoid the stigma of attending a clinic, the researchers said in a statement.
Many smartphones have sensors built in that could aid diagnosis, such as a heart rate monitor and an oximeter, as well as a camera and microphone that can be used to analyse images and sounds like a person's breathing.
In addition, simple testing technologies are being developed that can be linked into a phone, via a USB stick or wirelessly.
In theory, a person could test themselves using an easy to collect a sample, such as a pinprick of blood, and the results would be scanned onto mobile apps.
The apps would send the results to local clinics before being uploaded to a central online database -- instead of patients having to attend in person.
"People increasingly use smartphones to manage their money and connect with the world. It makes sense that phones can also play an even larger role in healthcare than they already do," said Molly Stevens, from Imperial.
Smartphones are increasingly used in sub-Saharan Africa. By 2020, one in two mobile phone connections in the region will be via smartphone -- a similar figure to worldwide smartphone adoption.
The researchers said this presents a prime opportunity to harness the existing technology where clinics in rural areas can be scarce.
Approaches outlined in the review include apps that use the phone's camera to interpret test results, send findings to local clinics or healthcare workers, and host virtual follow-up appointments with healthcare workers.
These approaches might help increase rates of disease testing in regions with limited facilities.
Combined, the test results would build a picture of symptoms across a region to help predict and fight the current and future outbreaks.
Researchers added that these ideas are not without challenges. Although rapid technological advances have improved access to testing, more than 35 percent of the world has no access to mobile phones.
It is also easier to accurately collect and analyse samples in a healthcare setting, where there are trained staff and the environment is designed to be sterile, than in a person's home.
Safeguarding measures must be put in place to protect privacy and confidentiality of patient data, researchers said.
These measures must also be fully explained to users to build trust in and encourage adoption of these new healthcare services.
Check out our in-depth Market Coverage, Business News & get real-time Stock Market Updates on CNBC-TV18. Also, Watch our channels CNBC-TV18, CNBC Awaaz and CNBC Bajar Live on-the-go!