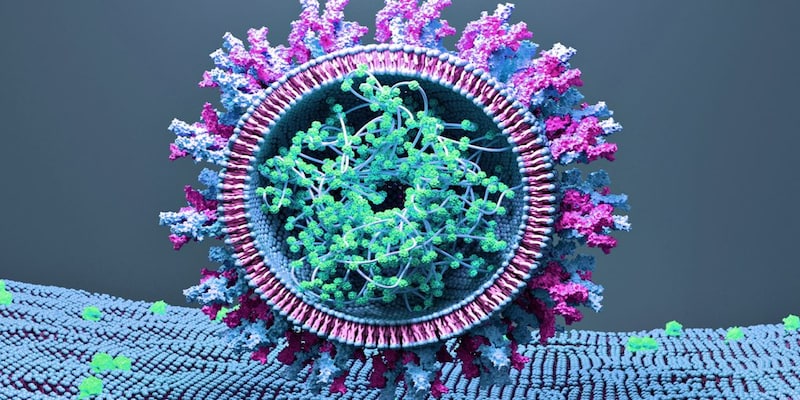 Vaccine patches provide clear logistical advantages over traditional methods of vaccine administration and can be more effective in preventing diseases, according to initial research.

Doctors and researchers have been tirelessly working for quite some time now to develop needleless vaccination methods. Vaccine skin patches have emerged as one of the more promising alternatives to syringes. The vaccine patches have been suggested to offer better efficacy and lower logistical requirements.

A new study published in the scientific journal Science Advances has shown several advantages of these patches.
The Australian-American team used patches measuring one square cm that were dotted with more than 5,000 microscopic spikes, "so tiny you can't actually see them," David Muller, a virologist at the University of Queensland and co-author of the paper, told AFP.
Coated with an experimental vaccine, the vaccine produces the spike protein of the SARS-CoV-2 virus to elicit an immune response in the body, though only in mice for now.
The researchers found that compared to the mice that received two syringe doses of the vaccine, the ones who were immunised with the patches offered better results. Higher levels of COVID-19 antibodies, especially around lung tissue where the SARS-CoV-2 virus is thought to hit first, were seen in the mice immunised with the patches.
The researchers also tested the mice with an adjuvant, any ingredient that elicits a better immune response and helps a particular vaccine perform better. Those mice that only received a single dose of the vaccine and an adjuvant were found to not get sick at all.
The effectiveness of the patches is directly related to our biology. Intramuscular vaccines, as the name suggests, deposit the vaccine material within our muscle tissues. But muscle tissues have a very low concentration of immune cells responsible for activating the bodies’ immunogenic response.
The patches, with their microscopic spikes, do not go that far deep into the muscle tissue but instead deposit the vaccine material just under all the layers of the dermis, the multiple layers of tissue that make up the skin. Here, immune cells are found in greater density being close to the areas where the skin might tear and possible pathogens enter the body. The closer proximity, theoretically, allows for a greater immune response. Additionally, the microscopic spikes cause local trauma and can cause the death of skin cells in the area, which further elicits a heightened immune response from the body.
These patches don't necessarily need highly-trained medical professionals to deliver them.
But perhaps the greatest benefit of these vaccine patches is their logistical advantages. The vaccine patches can be transported much more easily than vaccine vials and syringes and also are easier to administer, not requiring trained personnel. A dry-coated patch can remain stable at 25 °C for 30 days, and at 40°C for one week.
mRNA COVID-19 vaccines can stay at room temperature for only a couple of hours before they are denatured, and most other vaccines require temperatures below 10°C to remain stable for longer periods of time as well.
The patches in the study, made by Australian company Vaxxas, will start their human trials in April. Micron Biomedical and Vaxess, two US-based companies, are also in the race to develop effective vaccine patches by next year. The industry segment had languished without public attention, but the pandemic has spurred investors and public authorities alike into a new revolution of medicine.
(Edited by : Thomas Abraham)
Check out our in-depth Market Coverage, Business News & get real-time Stock Market Updates on CNBC-TV18. Also, Watch our channels CNBC-TV18, CNBC Awaaz and CNBC Bajar Live on-the-go!