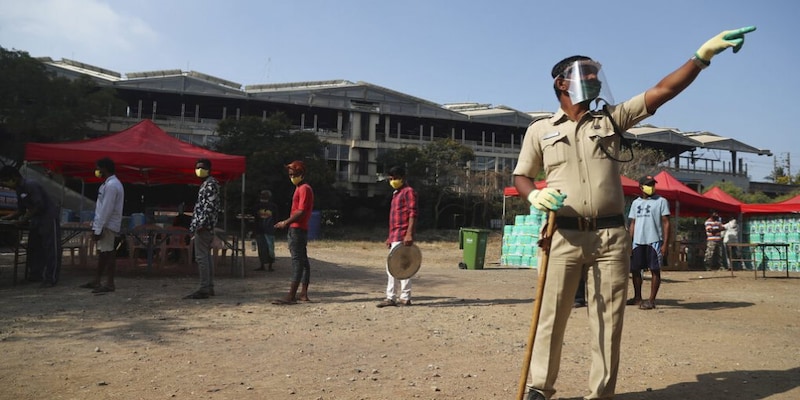 As per the sticker system, doctors, medical staff and ambulances needed to use a red sticker; a green sticker was allotted to those transporting food items and the yellow sticker was for essential services such as telecom, financial services, and media.

The Mumbai Police on Saturday said that no vehicle needed to follow the red, yellow and green sticker system -- introduced earlier this week -- anymore, but thorough checks will be carried out while non-essential and non-emergency travels will remain restricted.

As per the sticker system, doctors, medical staff and ambulances needed to use a red sticker; a green sticker was allotted to those transporting food items and the yellow sticker was for essential services such as telecom, financial services, and media.

“Dear Mumbaikars, the red, yellow, green #EmergencyStickers categorisation is being discontinued. However, thorough checks shall continue & we hope you will stand by us in #TakingOnCorona & avoid all non-essential / non-emergency movement outside home #StayHomeStaySafe”, Mumbai Police announced in a tweet.

Speaking to CNBCTV18, on April 19, Mumbai Police Commissioner Hemant Nagrale had said that other vehicles that do not come under any of the categories mentioned above won't be allowed to move on the road.

He said that the red-sticker category included patients going to hospitals or citizens going to get vaccinated. "Any person related to a medical facility and they are going for their duties, like the doctor, nurses and all the hospital staff are included in that category. We have also included in that category all those who will be visiting the hospitals for any purposes,” he said
According to Nagrale, a green-sticker allowed the transport of food articles, vegetables, and fruits, bakery well as dairy products. It also allowed the movement of citizens who were going to purchase these food items and essential items from the stores or from the shops which were open under the essential services act, he said.
The new sticker system was introduced after a mammoth rise in COVID19 cases that compelled the Uddhav Thackeray government to impose extra restrictions on the movement of people and vehicles to curb the spread of the infection.

Maharashtra, on Friday, registered 66,836 new COVID19 cases and 773 deaths, taking its total number of active infections to a staggering 6,91,851 — the highest in India.

India, on the other hand, registered another single-day record high in daily cases after it logged 345,147 new cases in the last 24 hours. In its highest single-day spike in casualties, 2,621 people lost their lives to the virus in the last 24 hours. A massive surge in cases has brought the country's health infrastructure under tremendous strain.
Follow our live blog for regular updates on the COVID-19 scene in India and the world
Check out our in-depth Market Coverage, Business News & get real-time Stock Market Updates on CNBC-TV18. Also, Watch our channels CNBC-TV18, CNBC Awaaz and CNBC Bajar Live on-the-go!