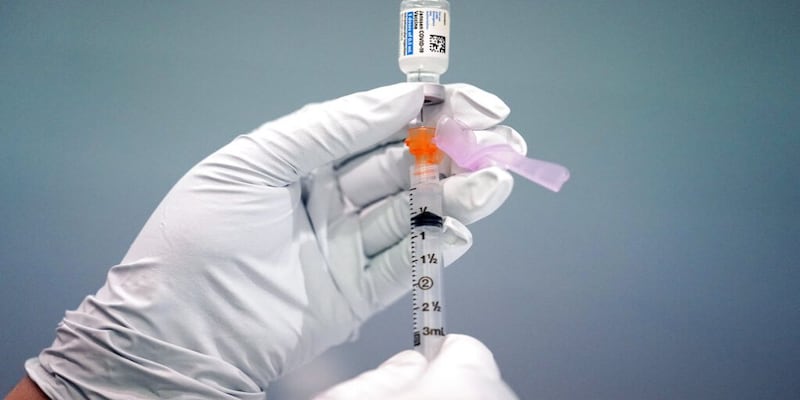 A booster shot is clinically the same vaccine with no changes but it re-exposes the body to the virus, boosting the antibody production against the virus.

The United States has announced a third booster shot against COVID-19 amid a sharp surge in cases fuelled by the deadly Delta variant and concerns over waning immunity.

The booster jab will be given eight months after the first. The rollout will begin from September for all Americans, top US health officials said.
What is a booster shot?
A booster shot is clinically the same vaccine with no changes but it re-exposes the body to the virus, boosting the antibody production against the virus.
The reason behind administering booster dose is the fact that the antibodies produced by B lymphocyte cells in the body are active for relatively shorter periods. While the immune system is more effective against the virus, antibodies are the response that prevents the infection in the first place.
T cells, in the form of Memory T cells and CD8+ 'killer' T cells, remain effective against the same viral threat over a longer period. But most vaccines do not directly enhance the production of T cells against a virus.
Read here:
Explained: Importance of T cells in fight against COVID-19
Why are booster shots needed?
Booster shots are needed so that the antibody levels in individuals remain high enough to prevent infection from SARS-CoV-2.
Immunocompromised individuals whose immune responses are either naturally or medically muted often require booster shots. These include cancer patients, organ transplant patients, and those suffering from auto-immune disorders among others.
All vaccines slowly lose their efficacy with time. Booster shots boost the efficacy for a while by increasing antibody production.
Also read: COVID-19 vaccine: Third shot could be silver lining for immunocompromised
This is especially important for viruses like SARS-CoV-2 that are mRNA viruses and continuously mutate and become more adept at evading the immune response generated by antibodies. The Delta variant of COVID-19 has several such mutations that make it more virulent and more resistant to the actions of the immune system.
Which countries have gone ahead with booster shots?
Several countries like France have already been providing booster shots to the immunocompromised. The US government had also announced that immunocompromised individuals would receive booster shots. But a subsequent announcement Wednesday informed Americans that they would receive a third vaccine dose.
Similarly in the UK, plans of a booster dose for the immunocompromised and the elderly have been announced.
Both these countries have made these announcements amid a spike in Delta variant cases despite relatively high levels of vaccination. Recent research suggests that the Delta variant is capable of infecting fully vaccinated individuals even though the vaccine reduces the severity and mortality.
What about India?
Talks around booster doses are on, but the country is currently focusing on increasing the vaccination coverage.
National Institute of Virology director Dr Priya Abraham told India Science, "Studies on booster dose have been going on overseas and at least seven different vaccines have been tried out for booster dose. Now, the WHO has put a stop to it till more countries catch up with vaccination. This is because there is an alarming vaccine gap between high-income and low-income countries. But, in future, recommendations for boosters will definitely come."
"After six months, the antibodies go down and that is why I have taken the third dose. We have given the third dose to our seven to eight thousand SII employees. For those who have completed the second dose, it is my request to take a booster dose (third dose) after six months," said Cyrus Poonawalla, Chairman, Serum Institute of India.
While the World Health Organization has asked nations to put away plans of booster shots to reduce the vaccine shortages in many low and middle-income nations, many experts believe that an additional shot will be a necessity in face of emerging variants.
COVID-19 vaccines are working against the Delta variant and people should not rush for booster shots, clinical scientist Dr Gagandeep Kang said Wednesday.
Booster doses may add a little bit of benefit in reducing disease but it may not be the best use of doses. We shouldn’t panic and run for booster shots,” Kang told CNBC.
Catch out LIVE updates on Covid-19 related news here.
Check out our in-depth Market Coverage, Business News & get real-time Stock Market Updates on CNBC-TV18. Also, Watch our channels CNBC-TV18, CNBC Awaaz and CNBC Bajar Live on-the-go!