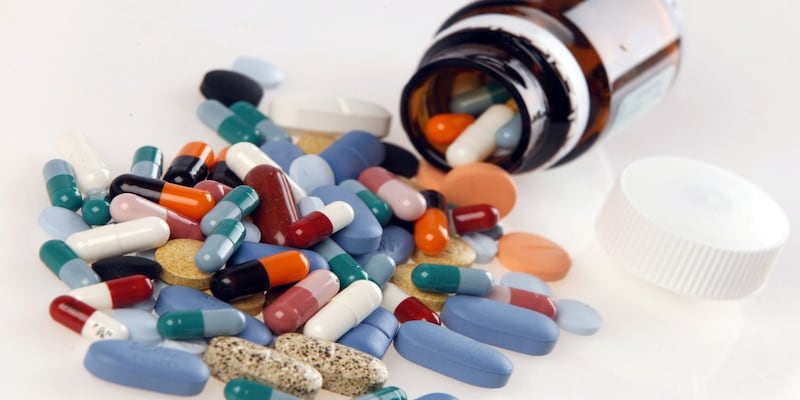 India needs to have an uninterrupted supply of basic raw materials for making medicines. That is one of the many important lessons of the COVID-19 pandemic. The border skirmishes with China and the ensuing trade hostilities have further reinforced the need for it.

To encourage local production of these raw materials--Key Starting Materials (KSMs)/ Drug Intermediates (DIs) and Active Pharmaceutical Ingredients (APIs), as they are known in industry parlance--the government recently announced sops to domestic producers, under a scheme called Performance Linked Incentive (PLI).
The pharmaceutical industry has welcomed the move, most companies are of the view that much more needs to be done to encourage domestic production of bulk drugs.
At present, bulk drugs account for over 60 percent of the pharmaceutical imports into the country. That is clearly on the higher side for a country which is the third-largest producer of medicines globally by volumes, and the 14th largest in terms of value.
Besides ensuring the country's drug security and not having to bow to a hostile neighbour, a policy to boost local production of bulk drugs could also help position India as a reliable market for many countries looking to reduce their overdependence on China.
In a conversation with CNBC TV18, Granules India, one of the leading bulk drug producers in the country said that the incentives announced so far are not enough to compete with the current suppliers.
According to the company, the industry needs better technology, which in turn calls for huge investment. Also, the eligibility criteria for availing the incentives work to the advantage of only a few players.
Granules said that land was expensive, and this pushed up the overall cost of investment. This issue has to be addressed to make large scale manufacturing possible.
The company expects investment to start flowing in only over the next one year, with few companies participating.
Granules is not planning any major investment and is looking to work with other chemical companies to manufacture for them. It said it would make a representation to the government to make the policy more scalable so that more industry participants could benefit.
According to a CII report, Chinese manufactures are able to produce at a lower cost compared to their Indian counterparts, because of cheap land and large number of special economic zones.
Laurus Labs said the policy was a step in the right direction, but not too many companies would be interested unless more incentives were offered.
It said India needed well established industrial parks, cheap land and cheap power. Industrial parks had to be located closer to cities to be able to attract talent.  It also said that two or three companies should form a special purpose vehicle and invest through this scheme.
Sujay Shetty, Leader, India pharma and life sciences, PWC feels largepharma firms like Dr Reddys, Divis will be able to benefit from the scheme and are likely to invest.
Shetty says that even if 7-8 companies utilise the Rs 7000-odd crore of financial assistance provided by the government, it should generate bulk drugs worth around Rs 70,000 crore, sufficient to meet domestic demand.
As a second step, the government should look to increase import duty on API, which could help sales of locally produced APIs. Also, the government should set up more industrial parks for pharma companies, which will help reduce costs for the companies.
Check out our in-depth Market Coverage, Business News & get real-time Stock Market Updates on CNBC-TV18. Also, Watch our channels CNBC-TV18, CNBC Awaaz and CNBC Bajar Live on-the-go!