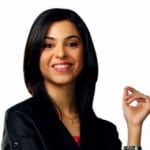 The first batch of Bharat Biotech's Covaxin has arrived in 11 cities, as the government gears up for the first phase of the vaccination drive starting January 16.

The government has so far announced a purchase order for 55 lakh doses of Covaxin, of which 16 and a half lakh doses will be provided free by the company and the rest at Rs 295 per dose. While the government has authorised Covaxin for emergency use, there have been concerns since the vaccine is yet to clear phase three trials, and efficacy data is not yet available.

Addressing the press on 4th of January, Bharat Biotech's chairman and managing director Dr. Krishna Ella had said that the vaccine offered 100 percent protection in animal trials and phase three human efficacy data will be available in March.

Dr. Krishna Ella, CMD, Bharat Biotech, and Suchitra Ella, Joint MD, Bharat Biotech spoke with CNBC-TV18’s Shereen Bhan to discuss the road map for Covaxin as well as respond to some of the concerns that have been raised.

On efficacy data, Krishna Ella said, “We don’t have much epidemic right now, it has drizzled out that is why we are saying it might be coming in March later. Usually in the US and Europe, they captured the efficacy in the peak of the diseases. Here, we have less burden right now but we will do it.”

“I have been following the process of international practices, but if you ask me to give interim data today, I can’t do it the process has to take place,” he added.

On pricing, Suchitra Ella said, “This is not about comparing prices between two Indian manufacturers, we have really tipped it to the bottom most levels of pricing in terms. This is probably the lowest that any manufacturer could have even calculated or arrived at pricing.”