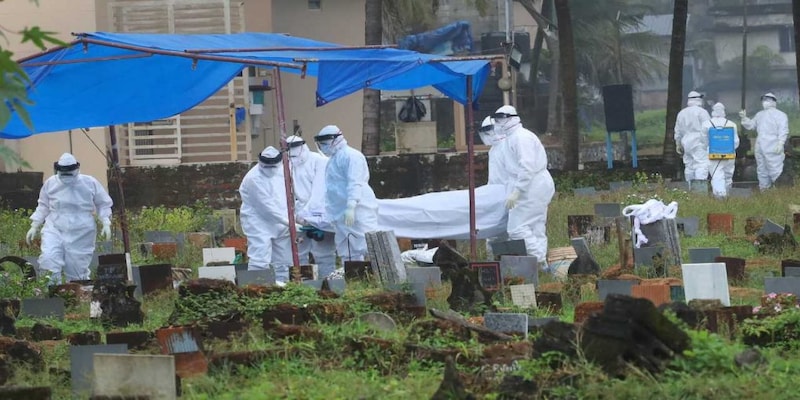 The Ribavirin drug is used to treat the Nipah virus. Though, there are no WHO-approved vaccines available to prevent the infection. In Feb 2020, Phase I trial of Nipah virus vaccine candidate (HeV-sG-V) started. It is expected to be completed in Sept.

Already reeling under public health crisis due to rising cases of COVID-19, Kerala has now recorded its first Nipah death in the last three years. On Sunday, state Health Minister Veena George said a 12-year-old boy from Kozhikode district died due to Nipah virus infection. She added that the Pune National Institute of Virology confirmed the presence of the Nipah virus after testing the samples.

Two state health workers are also exhibiting symptoms of the infection. Concerned over the possible threat of an outbreak, the Central government rushed a team of the National Centre for Disease Control to Kerala on Sunday. The team will provide technical support in dealing with the Nipah virus.
Back in 2018, the virus had claimed 17 lives in the state.
What is the Nipah virus?
Nipah virus is a zoonotic disease spread by the saliva of fruit bats. According to the World Health Organisation, the Nipah virus infects several animals, including pigs, dogs, and horses, among others, and causes severe disease and death in people. WHO has termed the disease a 'cause of concern for public health'.
Also read | TN steps up measures to screen people at border areas after reports of Nipah virus in Kerala
Symptoms of the Nipah virus?
According to WHO, Nipah causes a range of illnesses from asymptomatic (subclinical) infection to acute respiratory illness and fatal encephalitis.
Major symptoms of the infection are:-
As per WHO guidelines, the symptoms start emerging in the infected 5-14 days after the Nipah virus hits the host. However, in some cases, the incubation period of the virus can go up to 45 days which means that the infected person can remain unaware of the disease and continue to infect others as well.
Prevention
Given the Nipah virus threat in Kerala, the Union Health Ministry has issued the following public health measures:-
{https://twitter.com/MoHFW_INDIA/status/1434345867620745216}
People can take following measures to minimise the risk of catching the virus:-
Diagnosis and treatment
The real-time polymerase chain reaction (RT-PCR) test, PCR test, and virus isolation by cell culture are the major methods to detect the presence of the virus.
As for treatment, the Ribavirin drug is used to treat the Nipah virus. Though, there are no WHO-approved vaccines available to prevent the infection.
In February 2020, Phase I trial of Nipah virus vaccine candidate (HeV-sG-V) started. It is expected to be completed this month.
Check out our in-depth Market Coverage, Business News & get real-time Stock Market Updates on CNBC-TV18. Also, Watch our channels CNBC-TV18, CNBC Awaaz and CNBC Bajar Live on-the-go!