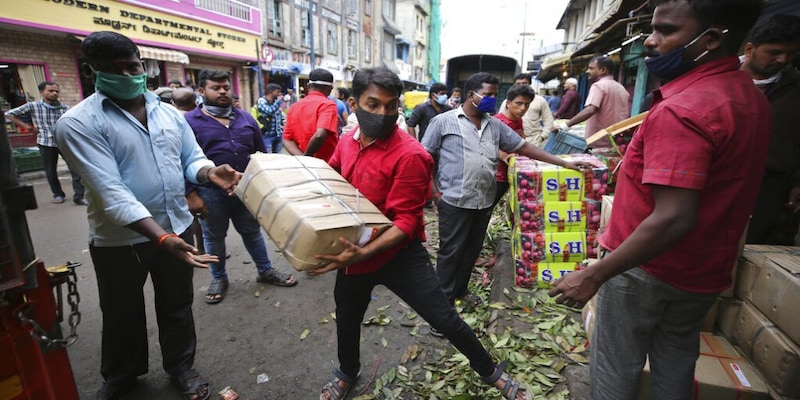 Karnataka issued guidelines for reopening of the lockdown starting June 1, but said the Department of Health and Family Welfare will issue separate orders for inter-state travel to the state.

Karnataka issued guidelines for reopening of the lockdown starting June 1, but said the Department of Health and Family Welfare will issue separate orders for inter-state travel to the state.

Karnataka said on Sunday that movement by passenger trains and Shramik special trains and domestic passenger air travel will continue to be regulated as per the standard operating procedure issued.
Karnataka will allow places of worship, hotels and restaurants, and shopping malls to open in the state starting June 8, in keeping with the Ministry of Home Affairs guidelines.
The MHA in its guidelines had said there will be no restrictions on inter-state and intra-state movement of persons and goods. However, the central government has let states regulate movement of people based on public health, but has asked that states should give 'wide publicity in advance' if there are restriction placed.
Karnataka has over recent weeks frequently changed its stance on inter-state travel. The state had on May 19 said it would ban travel from states with high-prevalence of COVID-19 cases, such as Maharashtra, Tamil Nadu and Gujarat.
However, when domestic flights resumed on May 25, Karnataka allowed flights into the state, but mandated institutional quarantine for passengers coming from six states - Maharashtra, Delhi, Tamil Nadu, Rajasthan, Gujarat and Madhya Pradesh.
Later in the week, the state government said it was requesting the Ministry of Civil Aviation to reduce flights to Karnataka. This came after temporary confusion on whether the state was banning flights from a few states.
Karnataka saw its highest single day spike in cases with 299 positive cases recorded on Sunday. Over 80% of the cases were among those who had returned from Maharashtra.
Check out our in-depth Market Coverage, Business News & get real-time Stock Market Updates on CNBC-TV18. Also, Watch our channels CNBC-TV18, CNBC Awaaz and CNBC Bajar Live on-the-go!