India reported a record 28,637 COVID-19 cases on Sunday, pushing the country's tally to 8,49,553 as the death toll climbed to 22,674 with 551 people succumbing to the disease in a day. The number of recoveries stands at 5,34,620, while there are 2,92,258 active cases of the infection currently in the country, data updated on the Union health ministry website showed.

"Thus, around 62.93 percent of patients have recovered so far," an official said. The total number of confirmed cases includes foreigners.

This is the third consecutive day that COVID-19 cases in the country increased by more than 26,000.

Of the 551 new deaths reported, 223 are from Maharashtra, 70 from Karnataka, 69 from Tamil Nadu, 34 from Delhi, 26 from West Bengal, 24 from Uttar Pradesh, 17 from Andhra Pradesh, 12 from Bihar, 10 each from Gujarat and Jammu and Kashmir, nine from Telangana, eight each from Assam and Punjab and seven are from Haryana.

Madhya Pradesh and Rajasthan reported six deaths each, followed by Odisha with five, Goa with three, Kerala two and Puducherry and Tripura one fatality each.

Here's a state-wise break-up of the novel coronavirus cases on Sunday: 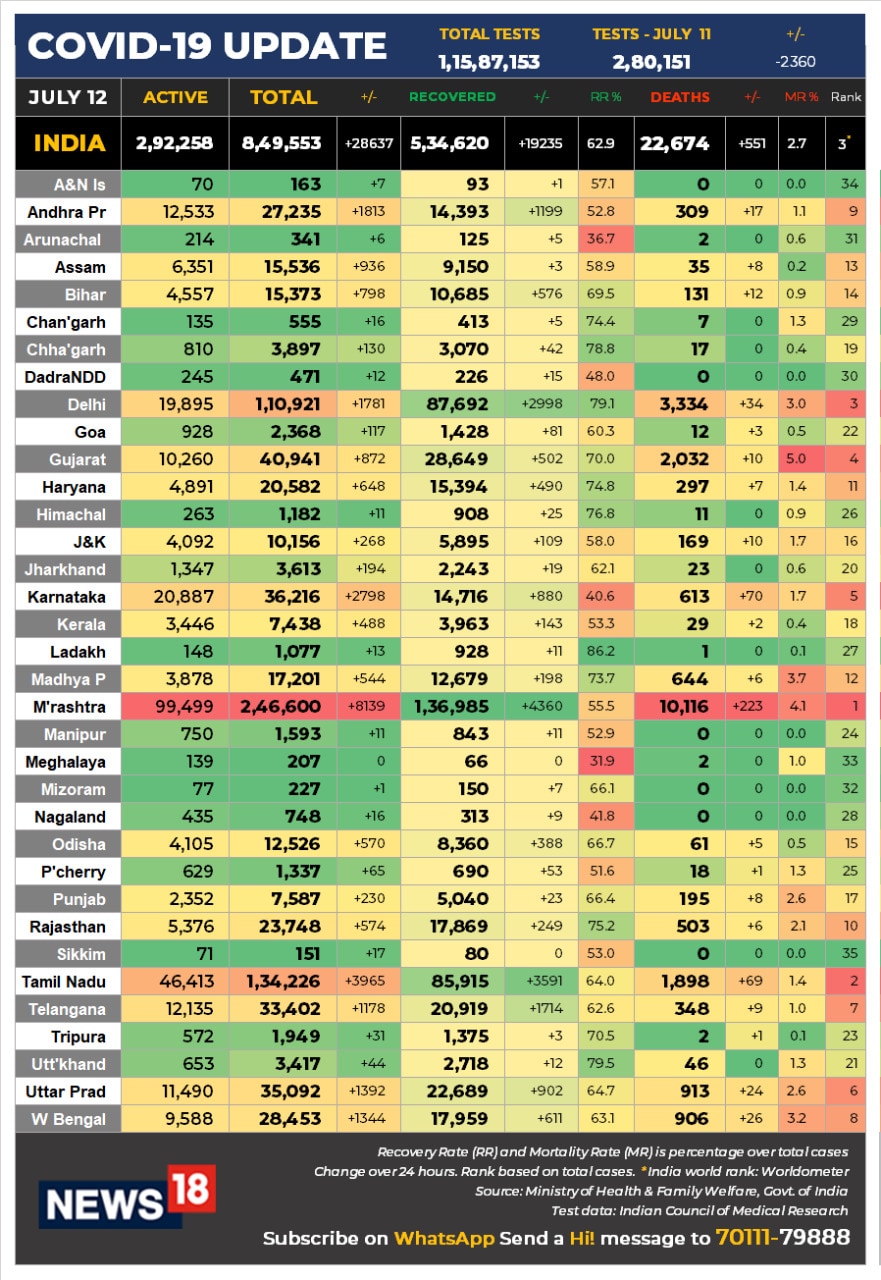