Updated : July 24, 2020 02:57 PM IST
From COVID-19 patients to the doctors who treat them, several people in contact with the coronavirus affected have faced virulent hostility at a time when they needed support the most.

The COVID-19 pandemic in India is turning out to be as much a test of humanity as it is of science. While there have been many stories of kindness showing the best of humanity amid a raging pandemic that has claimed more than 30,000 lives in the country, there are also instances of people displaying the worst in humans.

From COVID-19 patients to the doctors who treat them, several people in contact with the coronavirus affected have faced virulent hostility at a time when they needed support the most.

Sanyukta Mahale, 24, a resident of Jogeshwari in suburban Mumbai, had one such noxious experience recently. Sanyukta and three of her family members—mother, father and brother—recently recovered from COVID-19, but while they are relieved after testing negative for the deadly virus, there remains the bitter taste of what she calls “torture” etched in the minds of the Mahale family which will be difficult to erase.

It all started on May 31 when one of her relatives tested positive for the virus. Sanyukta’s father, Sanjay Mahale, rushed him to a private hospital as the relative is also a cancer patient and needed to be hospitalised. However, the doctors refused to admit him, claimed Sanyukta. “After fighting a lot, my father got him admitted and came home,” she told CNBC-TV8.

The infected relative eventually made full recovery and was brought home. But now the Mahale family started showing COVID-19 symptoms, eventually leading to all four members testing positive. The effect of the virus turned severe for Sanyukta’s mother who had to spend three days on a life-support system.

The mother’s condition meant that she had to be admitted to the hospital, but the other three members—who displayed mild symptoms and were doing relatively well—were told to isolate themselves at their home. The Brihanmumbai Municipal Corporation (BMC) sanitisation workers ensured that the house and its surroundings were properly sanitised.

But worse was to visit the Mahale family.

“The big trouble for us was our [extended] family [who are among the neighbours] and neighbours,” said Sanyukta as she explained her family’s ordeal.

“They continuously called us and asked us to leave this house and get hospitalised. I informed them that even the doctors advised us to be at home, but they continued yelling and shouting despite the doctors themselves explaining that we didn’t need to be hospitalised,” said the 24-year-old.

“So I asked my father to somehow arrange rooms at a quarantine facility and the very next morning we were forced to leave our own house because of my own family members and neighbours,” she recounted. 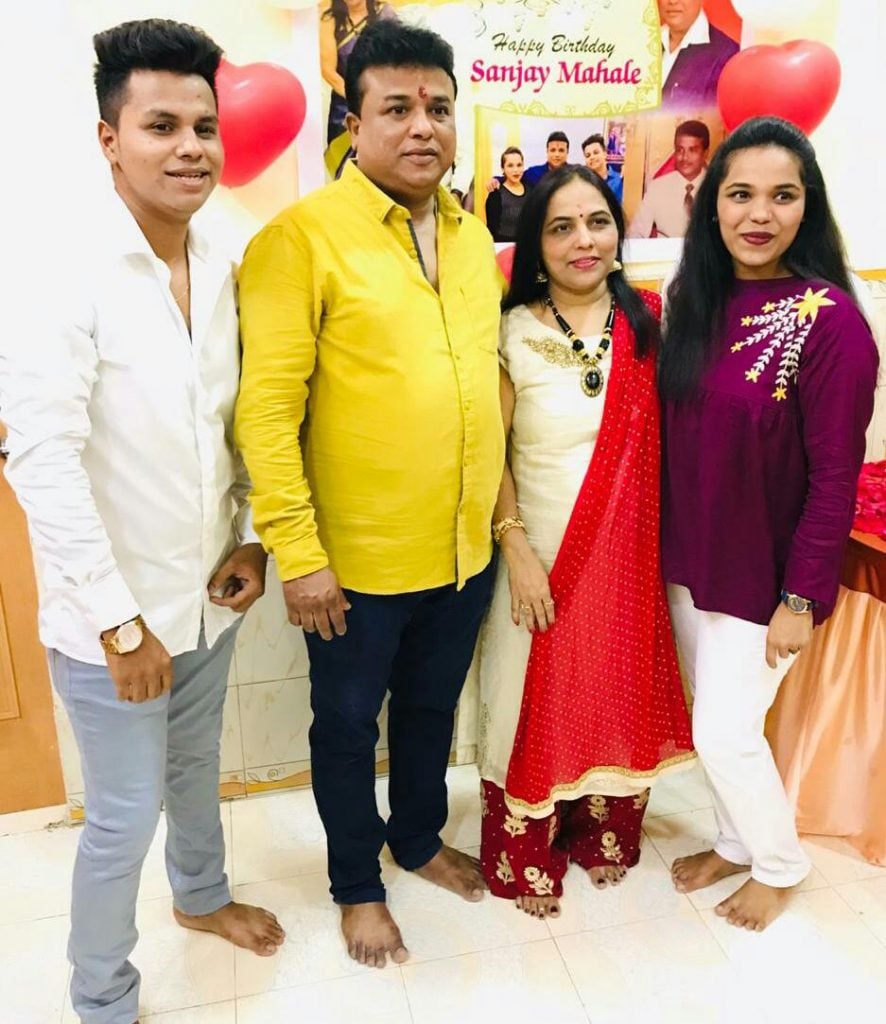 Sanyukta Mahale with her family, April 2019

Sanyukta added that the episode has shaken the family to the extent that they have decided to take the extreme step of permanently moving to another locality in the city. Their new residence has already been finalised where they will be staying for a while after which the family will move to a different place permanently.

In India, which remains afflicted with superstitious beliefs among a significant portion of its vast population, the Mahale family’s nightmare is just one of a litany of inhuman treatment of people infected by coronavirus.

The stigma associated with the illness has not only manifested itself in harassment but has also resulted in physical assault in many instances.

In April, reports emerged of residents in an Indore locality attacking healthcare workers with stones as they visited the locality to screen people for symptoms of coronavirus. Two female doctors were injured in the attack and had to be rescued by the police. The incident took place two days after residents of another locality in the city allegedly spat at officials and abused them during a screening procedure.

In May, the Hindustan Times reported that the police filed an FIR against a landlord in Chakkarpuri, Gurugram, for allegedly asking his tenant, who tested positive for COVID-19, to vacate the house.

In Chennai, a mob threw stones at an ambulance that carried the remains of Simon Hercules, a neurologist who succumbed to COVID-19, forcing his family members and friends to run for their lives.

Uninformed public aside, even elected authorities have shown themselves to be inadequate in dealing with a virus that refuses to die down. On Thursday, municipal authorities in Bengaluru after a social media hue and cry had to take down a steel barrier they had hammered in, blocking the entrance to a house whose residents had tested positive. The overzealous authorities in their bid to guard against coronavirus had left the residents of the house with no exit or entrance points.

These are just some of the many instances of irrational behaviour that have been reported across India over the past few months as patients, their family members, healthcare workers and doctors have attempted to fight the virus.

While some argue that these instances are consequences of a poor education system, in Sanyukta’s prognosis it points to a loss of humanity in people. “This chapter in my life showed me that there was no humanity in humans,” she laments.
Tags COVID-19