The first quarter of the 2022-23 fiscal year threw up some interesting trends in the pharma and health sector. While healthcare companies such as hospitals met expectations, the performance of India’s generic drug companies was weak.

In fact, brokerage firm Jefferies pointed out that the largest miss in the first quarter of FY23 was from the pharma companies. The pressure in the US markets and factors such as higher raw material costs eroded profits.

Companies such as Lupin, Alembic and Alkem reported some of the lowest margins ever in the quarter gone by. Also Read: COVID causing virus killer may have been found by researchers of University of Michigan

Is this dichotomy in performance expected to continue? For hospitals, analysts pointed out that the outlook is likely to remain healthy due to factors such as rising occupancy headroom and case mixes and payor profiles improving.

For generic pharma companies, recovery is expected to be only one to two quarters away. Is the preference shifting? For some, yes. According to Jefferies, the pecking order now is hospitals, followed by contract drug manufacturing companies, and finally, generic companies.

Similarly, a healthcare fund manager said their preference is in all domestic-focused stories, from hospitals and diagnostics to API companies, which could benefit from the China plus-one factor.

Also read: Explained: What is GMP and why has its absence in the new Drugs, Medical Devices and Cosmetic bill sparked a debate?

While the US generic companies are likely to continue facing headwinds such as price pressure, input cost inflation to risks from USFDA inspections or litigations, the advice from some experts is not to entirely avoid the play but to be selective.

HSBC, for example, likes pharma companies that, according to it, are moving up the value chain and have near to medium-term drivers. It likes stocks such as Cipla, due to its pipeline of US launches, and Sun Pharma, because of its improving profitability in speciality product sales. 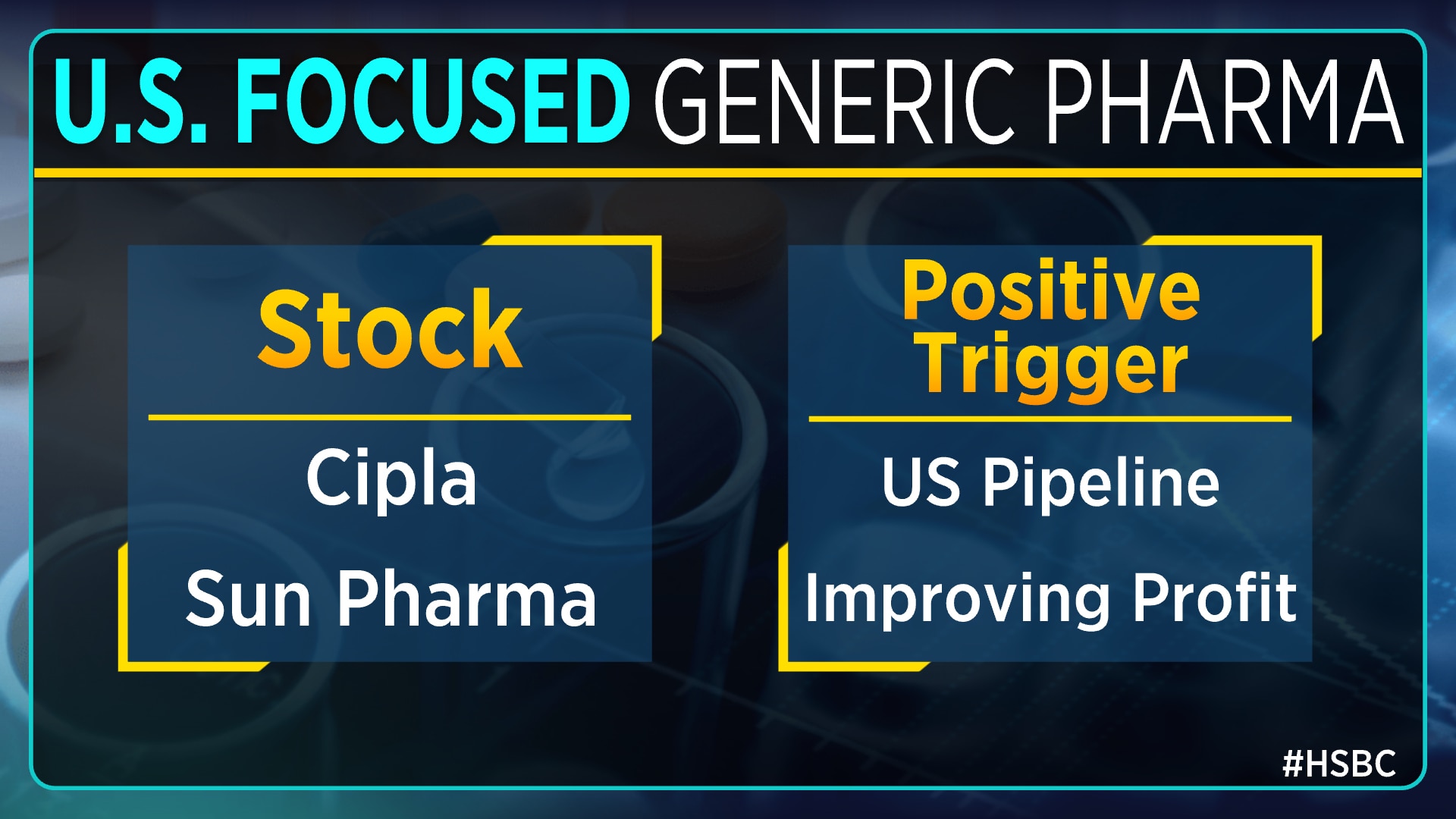 Lastly, while healthcare companies might be emerging as a preference, it is important to highlight the risks. Diagnostics companies are seeing stiff competition, which is pulling down margins. An example was Fortis margins being pulled lower due to their pathology arm. Similarly, investments in new verticals — for example, Apollo Hospitals increased their 24/7 investments leading to the EBITDA loss in the division — will be a key factor to watch.

Sandhya J, Group Chief Financial Officer at Narayana Health, told CNBC-TV18 that the sector would look up with India's increased focus on medical tourism. He also said India as a country is very underserved in terms of healthcare.
"The government is incentivising medical tourism. At Narayana, we had our highest ever international patient traffic in the first quarter. I don’t know whether we will hit our pre-COVID international levels because the medical tourism market is controlled by some intermediaries who charge certain referral fees, which is against our value systems. After all, that adds to the cost to the patient," he said.
Prakash Agarwal, deputy head of research, Executive Director-Pharmaceuticals at Axis Capital, told CNBC-TV18 that they have coverage on three hospitals — Apollo, Max Healthcare and Aster DM.
"So all the three hospitals, we have a buy rating, and all three are different plays. Max is clearly a play on expansion within their existing hospitals. So, the ramp-up will be fast in terms of occupancy. So, that is one of our top picks," Agarwal said.
On Piramal, he said the company faced some execution challenges given COVID, and the businesses are spread out globally. "We expect the recovery should happen from the second half of this financial year as the management has taken a lot of initiatives in terms of hires and capex plans. It should do well for 1-2 years. From a valuation perspective, our price is around Rs 190 per share of the demerged Piramal Pharma Ltd.," he said.
Also Read: Piramal Enterprises demerger this week — all you need to know
Check out our in-depth Market Coverage, Business News & get real-time Stock Market Updates on CNBC-TV18. Also, Watch our channels CNBC-TV18, CNBC Awaaz and CNBC Bajar Live on-the-go!
Tags
next story