Explained: Why anxiety, depression, mental burnout are on rise among professionals

Explained: Why anxiety, depression, mental burnout are on rise among professionals 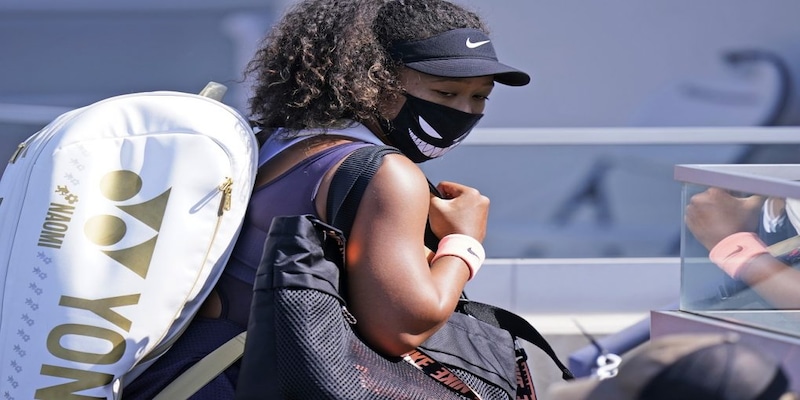 From Naomi Osaka to invisible workers under pressure to perform, we can all get the blues. The world is waking up to this. Companies too are giving priority to their staff's mental well-being.

Top tennis player Naomi Osaka’s decision to quit the French Open tournament, citing anxiety, once again shone the spotlight on the topic of mental health. An estimated one-third of athletes suffer at some point from mental health issues which may show up as depression and anxiety, eating disorders, and burnout, according to studies cited by academics and the International Olympic Committee (IOC), Bloomberg reported.

Champion swimmer Michael Phelps, the 23-time Olympic gold medallist, went through a tough time in 2020, which he calls “a year of ups and downs.” The swimmer had announced his retirement right after the Rio Olympics of 2016, where he won five gold medals.
Naomi Osaka, the 23-year-old tennis star with four Grand Slams already under her belt, suffered a mental setback and quit the French Open recently. “The truth is that I have suffered long bouts of depression since the US Open in 2018,” Osaka, wrote in a post on Twitter.
"I've often felt that people have no regard for athletes' mental health and this rings very true whenever I see a press conference or take part in one," she had tweeted days before quitting the French Open.

Osaka is known to be a strong advocate for the Black Lives Matter movement. She also runs an international tennis academy for girls in underserved communities. One of the highest paid athletes in the world, she had launched a skincare brand designed specifically for melanated skin.
American icon Shaun White is no exception. An X Games legend who has been winning gold since the early 2000s, he also admitted to burnout. In the Sochi 2014 games, he finished fourth and said his heart was not in it any more.
Indian film star Deepika Padukone last year opened up about her struggle with depression. “Mental illness crept up on me when I least expected it,” she said. Her mother spotted the symptoms and she was diagnosed with depression.
India captain Virat Kohli revealed in an interview that he battled depression during a tour of England in 2014. He felt like the "loneliest guy in the world."
Being a celebrity is challenging. The constant pressure of extreme schedules, the age factor and injuries, together with the need to maintain a carefully crafted public image add up to a recipe for a mental burnout.
In a report by Byrdie, Dr Danielle Roeske, PsyD says, “Anyone (athlete) undergoing depression may feel the need to always present themselves as powerful -- physically and mentally -- and avoid showing any sign of weakness.”
Workplace and Mental Health
A Mental Health America’s survey of over 5,000 employees revealed 83 percent of the respondents felt emotionally drained from work and 71 percent agreed workplace affects their mental health to a large extent.
A Microsoft Work Trend Index report last year found that Indian workers are facing increased burnouts due to lack of separation between work and personal life as well as anxiety over contracting COVID-19.
Addressing the Issue
Many companies are now taking note and making mental well-being of employees their top priority. They are increasingly committed to creating a psychological safety net. Realising the importance of open communication, managers are taking time to listen to their employees, show empathy and factor in worker concerns before taking any critical decision.
In an article by Forbes, former US diplomat and workplace resiliency expert Beth Payne said, “We’re all human beings, and it’s okay to be vulnerable.”
Symptoms of Burnout
The symptoms depend on the disorder and circumstances. Some indicators may appear in the form of physical problems such as stomach pain, back pain, headaches etc.
One should look out for the following warning signs:
Tackling Mental Burnout
It may be easier said than done. But one must take burnout seriously, be proactive and if possible, nip it in the bud.
(Edited by : Shoma Bhattacharjee)
Check out our in-depth Market Coverage, Business News & get real-time Stock Market Updates on CNBC-TV18. Also, Watch our channels CNBC-TV18, CNBC Awaaz and CNBC Bajar Live on-the-go!