Explained: Are COVID-19 vaccines effective against Delta and Delta plus variants?

Explained: Are COVID-19 vaccines effective against Delta and Delta plus variants? 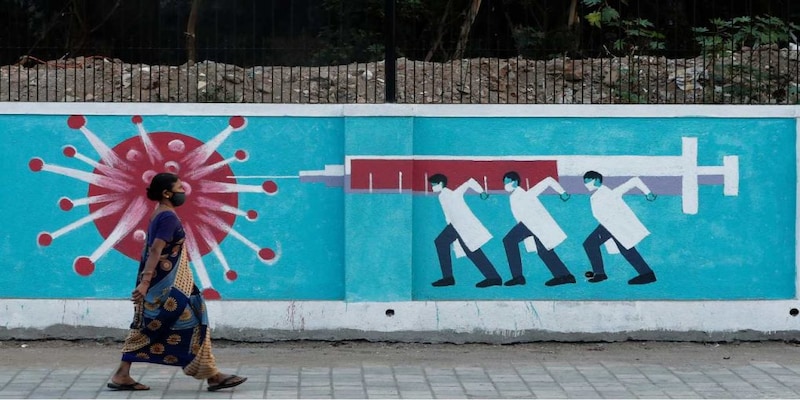 Vaccines offer a very high level of protection against hospitalisation and the severity of the disease. While the effective rates are expected to be lower for the Delta plus variant, the amount of protection offered by vaccines against symptomatic infections still remains high.

Fears are mounting that the Delta Plus variant could trigger a possible third wave of the COVID-19 pandemic in the country. The Delta variant, a more infectious and easily transmissible variant than the wild form of SARS CoV-2, is already a "variant of concern", as designated by the World Health Organisation. First identified in India, the Delta variant massively contributed to the explosive second wave of the pandemic here. It is now causing a surge in COVID-19 cases in the UK. The US has called the Delta variant the greatest threat to its effort to eradicate COVID-19 in its borders.

And now the Delta plus variant, a mutation of the Delta variant, is being seen as another dangerous variant. About 200 cases of Delta plus have been identified across the world, with over 40 in India alone.
Countries are ramping up their vaccination coverage and vaccine makers are producing doses on a war footing. But how effective are these vaccines in fighting the newer mutations?
Covishield and Covaxin
Union Health Secretary Rajesh Bhushan has stressed that both Covishield and Covaxin are effective against the Delta Plus variant. "Both the vaccines being administered in India, Covishield and Covaxin, (Sputnik joined later) are effective against Delta. But to what extent and what is the proportion of antibodies produced by these vaccines will be shared soon," Bhushan had said.
However, some global experts are predicting that the effectiveness of the Covishield vaccine is only 60 percent at best against the Delta variant. The Delta Plus variant contains a key mutation that allows it to evade immune responses, which means the effectiveness of vaccines against the new variant may be lower.
The Oxford-AstraZeneca Covishield is produced in India by Pune-based Serum Institute of India (SII), whereas Covaxin has been developed by Hyderabad’s Bharat Biotech in conjunction with Indian Council for Medical Research (ICMR).
Sputnik V
Sputnik V is the third vaccine available in India. The viral two-vector vaccine developed by the Russian Direct Investment Fund (RDIF) and the Gamaleya Research Insitute is effective against all current variants, the makers of the vaccine have confirmed.
"Antibodies developed after vaccination with Sputnik V protect from all variants of COVID known today, starting from the UK variant to the so-called Delta variant, first detected in India," said Alexander Gintsburg, Director of the Gamaleya Institute.

"Antibodies developed after vaccination with #SputnikV protect from all variants of COVID known today, starting from the UK variant to the so-called Delta variant, first detected in India" - Head of the Gamaleya Center academician Alexander Gintsburg. pic.twitter.com/upaornSbEG

Pfizer-BioNTech and Moderna
Pfizer's and Moderna's mRNA-based COVID-19 vaccine have been crucial in the decline of COVID-19 cases in the US. But the question of their effectiveness against the Delta Plus variant remains hazy.
Dr Scott Gottlieb, the former commissioner of the Food and Drug Administration, has said, "The mRNA vaccine seems to be highly effective, two doses of that vaccine against this variant. The viral vector vaccines from (Johnson & Johnson) and AstraZeneca also appear to be effective, about 60 percent effective. The mRNA vaccines are about 88 percent effective. So we have the tools to control this and defeat it. We just need to use those tools."
However, the real-world effectiveness against the Delta Plus variant is expected to be lower.
India is in talks with both the pharma giants for their double-dose vaccines. While Moderna's product won't be available in the country anytime soon, Pfizer said on Tuesday that it was in the final stages of an agreement with India to supply vaccine doses.
Why are there concerns about vaccine efficacies?
The questions regarding the effectiveness of the current generation of vaccines have arisen due to a few key mutations. The AY.1 lineage, or the Delta Plus variant, has a mutation, K417N. The mutation on the spike protein of the virus allows for easier receptor binding.
The K417N mutation was first seen in the Beta variant (B.1.351) and then the Gamma variant (P.1), first identified in South Africa and Brazil respectively. The mutation allowed the virus to evade antibodies in the human body, effectively neutralising the immune response. The virus was able to evade antibodies from previous infections as well as those generated from vaccines.
This is on top of all the mutations of the predecessor variant Delta, which was significantly more transmissible and infectious than the other variants. As more infections mean chances of further mutations, it is for this reason that many health experts have been warning of a potential early third wave due to the Delta Plus variant.
Vaccines are effective
While following COVID-19 protocol and appropriate behaviour is essential in breaking any chains of transmission, it must be understood that vaccines are not completely ineffective.
Vaccines still offer a very high level of protection against hospitalisation and the severity of the disease, even against the Delta variant. While the effective rates are expected to be lower for the Delta plus variant, the amount of protection offered by vaccines against symptomatic infections still remains high.
US infectious disease expert Dr Anthony Fauci said that the vaccines authorized in the US, including the Pfizer/BioNTech vaccine, are effective against the new variant of COVID-19.
A recent study from Public Health England, part of the UK’s Department of Health and Social Care, revealed that protection from requiring hospital treatment for COVID-19 was 71 percent after one dose and at 92 percent after two doses of the Covishield vaccine. The mRNA-based Pfizer vaccine was 94 percent effective in preventing hospitalization after the first dose and 96 percent after completing the inoculation program.
For COVID-19 live updates, click here
EXPLAINERS
Explained: Delta and Delta Plus variants of COVID-19

Even as triple mutant Delta spreads, causing immense concern across the world, the further evolved Delta Plus lurks around the corner. The earliest sequence of the Plus genome was found in Europe in late March. It is still not a 'variant of concern.'