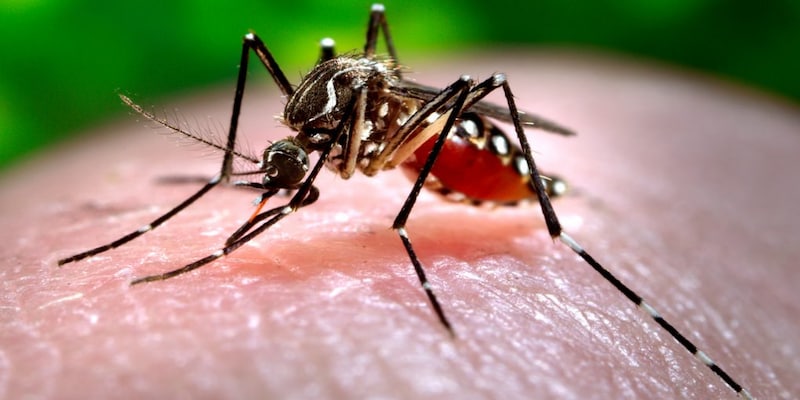 According to reports, Mumbai has seen an increase in dengue and H1N1 influenza cases as a result of the prolonged monsoon. The BMC reported 178 dengue cases and 13 swine flu cases in the first 16 days of the month on Tuesday.

As heavy rains refuse to abide in many parts of India, increased cases of dengue, Swine flu and other vector-borne diseases are also on the rise.

According to reports, Mumbai has seen an increase in dengue and H1N1 influenza cases as a result of the prolonged monsoon. The BMC reported 178 dengue cases and 13 swine flu cases in the first 16 days of the month on Tuesday. This year, Mumbai has recorded 746 dengue cases and two deaths. Swine flu cases have increased significantly in 2022, with 325 infections and two deaths.
Bihar too has seen a spike in dengue cases. A total of 4,958 cases were registered in the state between October 1 and 16, as per the state health department data on Monday. On October 1, as many as 1,097 cases were logged, which rose by 3,861 in the next 15 days.
A minor girl succumbed to the fever in Patna, according to a health department official. As per the data, 305 new cases surfaced in the state on Sunday, while 265 of them tested positive only in Patna. Besides, 10 cases each also appeared in Siwan and Jahanabad districts.
This year, a considerable number of dengue cases have also been reported from Delhi and many cities of Uttar Pradesh. As per reports, UP has so far registered over 2,200 dengue cases, with the state capital Lucknow reporting over 300 cases.
Similarly, Delhi has also recorded nearly 1000 cases. Officials said that October can be the most vulnerable period for the spread of dengue in Delhi and recent spells of rain have only added to the woes. Recently, the Delhi government asked hospitals to reserve 10-15 per cent beds for patients of vector-borne diseases.
The central government intervenes whenever there is a sudden rise in dengue cases. Reports said that a six-member team has been sent to Uttar Pradesh very recently by the Union Health Ministry to collaborate with the state authorities in taking public health measures for dengue management in the districts of Firozabad, Agra and Etawah.
The National Centre for Vector Borne Diseases Control (NCVBDC) is the nodal agency under the umbrella of the National Health Mission for Vector Borne Diseases (including dengue) prevention and control in the country.
The NCVBDC has issued multiple advisories to the States/UTs for detection and control of outbreaks, preparedness and capacity building to take effective measures for vector control, involvement of the non-health sector, ensuring availability of drugs, diagnostics, insecticides, equipment and to fill up the vacant positions of entomologists. Moreover, training has been imparted to doctors on case management and to entomologists on integrated vector control at the central and state level.
As per a parliament reply on August 2, 2022, free diagnostic facilities through 769 Sentinel Surveillance Hospitals and 17 Apex Referral Laboratories have been made functional. 1.92 lakh IgM tests have been provided by the Centre. It said that the NCVBDC provides technical guidelines for prevention, control, and management of dengue cases in States/UTs.
Under the National Health Mission, budgetary support is provided to States/UTs for dengue control activities including dengue case management, vector control activities (provision of domestic breeding checkers, insecticide, fogging machines etc.), training support, awareness activities etc.
High Cost of Tests
In Bihar, While 70 per cent of patients are approaching government hospitals for tests, the remaining 30 per cent go to private hospitals and labs. Alarmingly, private hospitals and labs are not sending test reports to the health department of Bihar, a health official told IANS.
Tests for dengue are free in the government hospitals but private hospitals are charging hefty amounts to the tune of Rs 1,200 to 3,000 per patient.
Pakistan, Sri Lanka Face Similar Woes
Amid a spike in the number of cases, Sri Lankan health officials have warned of a major dengue outbreak in the coming weeks due to the continued heavy rain. So far this year, Sri Lanka has recorded over 61,000 dengue cases, compared to around 20,000 that were reported in the first 10 months of 2021.
The disease has also claimed three lives. According to the National Dengue Control Unit, majority of the cases have been reported from the Western Province with highest recorded in the Colombo district.
Meanwhile, some 15,400 families have been affected by the floods caused by heavy rain that is predicted to continue till Wednesday. Five houses and nine businesses have been fully damaged, while nearly 200 houses were partially damaged.
President Ranil Wickremesinghe has directed officials to provide food, medicines and other essentials to those affected by the rain and floods and 36 relief teams from the Sri Lanka Navy have been kept on standby for relief and rescue operations.
The number of dengue fever cases have also kept increasing in Pakistan amid an outbreak due to floods triggered by heavy monsoon rains in the South Asian country. According to an IANS report, areas hit are the southern Sindh province, Karachi the provincial capital, northwestern Khyber Pakhtunkhwa province, Lahore, Rawalpindi and more.
Also Read: Masks may be must again this Diwali as govt looks set to issue new COVID advisory
(Edited by : Sangam Singh)
Check out our in-depth Market Coverage, Business News & get real-time Stock Market Updates on CNBC-TV18. Also, Watch our channels CNBC-TV18, CNBC Awaaz and CNBC Bajar Live on-the-go!