Coronavirus LIVE: India added 90,797 cases of coronavirus in two days with 46,951 new infections being recorded in a span of 24 hours, the highest so far this year, taking the nationwide COVID-19 tally to 1,16,46,081, according to the Union Health Ministry data updated on Monday. Registering an increase for the 12th day in a row, the total active caseload has increased to 3,34,646, which now comprises 2.87per cent of the total infections. The recovery rate has further dropped to 95.75 percent, the data stated.

With that it's a wrap to the LIVE updates on the coronavirus pandemic for today. Do join us tomorrow for the top developments on the COVID-19 situation from India and around the world. Until then stay safe and good night.
Share:

COVID-19: Over 45k people vaccinated in Delhi by Monday evening
Over 45,000 beneficiaries received shots of COVID19 vaccine in the national capital by 6 pm on Monday, officials said.      On Friday, the Delhi government had issued an order allowing vaccination centres in the city to operate from 9 am to 9 pm, starting Monday.    The final figures are yet to arrive, an official said.    In the age bracket 4559 years, 4,183 beneficiaries received the shots, while 22,024 senior citizens also got their first jabs by 6 pm, he said.
Share:

In all 24,645 patients have been tested as positive in Maharashtra today, health Minister Rajesh Tope said on Twitter. Also 19,463 patients were cured today. In total, 22,34,330 patients have been cured and discharged from hospitals. Total active cases stand at 2,15,241. The patient recovery rate in the state is 89.22 percent, the health minister said.

Three COVID-19 fatalities, 865 new cases in Haryana
Haryana reported three more COVID19 fatalities on Monday, taking the state's death toll to 3,101, while its infection tally rose to 2,80,693 with 865 new cases, a health department bulletin said.  A fatality each was reported from Fatehabad, Karnal and Gurgaon, it showed.
Share:

COVID-19: Panel recommends 10 pc college fee cut, Gujarat HC told
A committee formed to look   into the reduction of college fees amid the COVID19 pandemic has suggested a 10 per cent cut as a relief to parents of students, the Gujarat High Court was informed on Monday. The HC is hearing a PIL seeking cut in college fees on the lines of the 25 per cent reduction in school fees.
Share:

Amid a spike in COVID19 cases in   Pune, the civic body on Monday restarted a jumbo treatment facility set up last year in a college ground in Shivajinagar when the outbreak was at its peak. Pune Mayor Murlidhar Mohol said the facility restarted on Monday with 55 beds, and some 500 beds will be activated initially, including 250 oxygenated and 50 ICU ones.

Over 800 COVID-19 cases in Delhi for 3rd day in row; 7 fatalities push toll to 10,963
The national capital reported over 800 coronavirus cases for the third day on the trot on Monday, while seven people succumbed to viral disease, the highest since February 4, the Health Department said.  The number of active cases rose to 3,934 from 3,618 a day ago, while the case positivity remained over 1 per cent for the third consecutive day, according to a bulletin.
Share:

Close on the heels of closure of   schools in the backdrop of surging COVID19 cases, the Tamil Nadu government on Monday asked higher education institutions to switch to online teaching and said semester exams will also be conducted on the virtual mode.     A Government Order to this effect was issued after Chief Secretary Rajeev Ranjan held discussions with Vice Chancellors, all of whom "opined that the classes can be conducted online."      The heads also said 7080 per cent syllabus has been covered, the GO said, adding that practical classes and examination for science students were going on.

Gujarat records 1,640 new COVID-19 cases, highest rise so far
Gujarat recorded its highest   singleday spike of 1,640 coronavirus cases on Monday which took the caseload to 2,88,649, the state health department said. The previous record of daily increase in the state was of November 27 when 1,607 new cases had come to light.
Share:

Andhra reports 310 new COVID cases, govt decides to introduce half-day school system from April 1
: Andhra Pradesh reported 310   fresh cases of coronavirus, 114 recoveries besides two deaths in the 24 hours ending 9 am on Monday and the government has decided to introduce halfday school system from April 1 following the spike in infections and rise in temperature. The caseload mounted to 8,94,044 after 1.47 crore sample tests, at the rate of 6.05 per cent, according to the latest bulletin.
Share:

COVID-19: Noida's active cases more than doubled in a month
Uttar Pradesh's Gautam Buddh Nagar recorded 29 new COVID19 cases on Monday that pushed the district's tally to 25,784, official data showed.  The active cases in the district continued its upward trend to reach 130 from 102 the previous day, according to data released by the Uttar Pradesh Health Department for a 24hour period.
Share:

Goa sees 85 COVID-19 cases, 81 recoveries, no death
Goa's coronavirus caseload went   up by 85 and reached 56,708 on Monday, while the day also saw 81 people getting discharged and the death toll remaining unchanged, an official said. The state has so far seen 818 deaths and 54,873 people recovering, leaving it with an active caseload of 1,017, he added.
Share:

Karnataka recorded over 1,445 new   cases of COVID19 and ten fatalities, taking the total number of infections to 9,71,647 and the toll to 12,444, the Health department said on Monday.    This is for the seventh consecutive day that the state is reporting over 1,000 new cases, however it has come down from 1,715 infections on Sunday.

Amid COVID-19 surge, anganwadis shut in Chhattisgarh
The Chhattisgarh government on   Monday ordered closure of all anganwadi and mini anganwadi centres amid a surge in COVID19 cases in the state. The circular issued by the state Women and Child Development department, however, added that eligible women and children beneficiaries of anganwadis will continue to get readytoeat food through home delivery facility.
Share:

Mumbai: The 'second wave' of the pandemic is delaying business normalization in the country, as coronavirus infections rise in Maharashtra and other states, a report by a Japanese brokerage said on Monday. The Nomura India Business Resumption Index dipped to 95.1 for the week to March 21 from 95.4 in the previous week as a result of the rising infections, the brokerage said.COVID-19 infections are rising to new heights across the country and many local governments have been forced to re-introduce stricter measures like night-time curfews and sealing off premises in order to contain the spread. The pandemic's second wave is now spreading to states outside Maharashtra and is starting to impact mobility. This suggests a likely sequential dip in contact-based services and a near-term delay of normalization, it said.

As many as 119 armed forces personnel died of COVID-19 while 44,766 contracted the infection in the three services, according to data provided by the government on Monday. In response to a question in Rajya Sabha, Minister of State for Defence Shripad Naik said the Army reported 81 deaths while the total number of coronavirus infections in the force was 33,003. Naik said two persons died of the infection in the Navy while the number of positive cases was 3,604.

Amid surge in coronavirus cases in   some states in past few days, Chief Minister Nitish Kumar on Monday cautioned people of Bihar to remain alert and cautious, and suggested them to avoid congregating in large numbers or celebrating Holi publicly.    Kumar said this while participating via video conferencing at 109th "Bihar Diwas" programme being organised at Gyan Bhawan here in the state capital.

Bhutan PM thanks Modi for additional 4,00,000 doses of COVID-19 vaccine
Bhutan Prime Minister Lotay Tshering on Monday expressed gratitude to his Indian counterpart Narendra Modi for making the nationwide rollout of the COVID19 vaccination programme in the Himalayan country possible, as it received additional 400,000 doses of Covishield from India.  Indian Ambassador Ruchira Kamboj handed over the vaccine consignment to Foreign Minister Tandi Dorji at Paro airport, according to a press release issued by the Indian Embassy in Bhutan.
Share:

AstraZeneca's COVID19 vaccine performed better than expected in a major latestage trial potentially paving the way for its emergency authorization in the United States and bolstering confidence in the shot after numerous setbacks in Europe. The drugmaker said on Monday that trials in Chile, Peru and the United States found the vaccine, developed in conjunction with Oxford University, was 79% effective in preventing symptomatic COVID-19 and, crucially, posed no increased risk of blood clots. It intends to request U.S. emergency authorization in coming weeks, Reuters reported.

COVID-19: BJP's Patil, workers booked after Pune protest
Maharashtra BJP chief Chandrakant   Patil and some 4050 of his party workers were booked for alleged violation of COVID19 norms during a protest held at Alka Chowk here, police said on Monday. The protest demanding the resignation of state Home Minister Anil Deshmukh, who is facing corruption allegations from IPS officer Param Bir Singh, was held on Sunday and was led by Patil.
Share:

A private company in Pakistan will begin receiving shipments of China's CanSino Biologics COVID19 vaccine this week for commercial sale, an official at the company's local partner told Reuters on Monday.

India reported its most COVID19 cases and deaths in months on Monday, on the first anniversary of the start of a chaotic nationwide lockdown that left many people jobless and shrank the economy.

Actor Kartik Aaryan tests positive for COVID-19
Actor Kartik Aaryan on Monday said he has tested positive for COVID19 and asked his fans to pray for him.    The 30yearold actor, on Saturday, walked the ramp for designer Manish Malhotra at the ongoing Lakme Fashion Week, here.  He was joined by his upcoming "Bhool Bhulaiyaa 2" costar Kiara Advani.  Aaryan took to Twitter and shared a picture of a first aid medical sign, writing, "I am positive. Pray for me."  The actor was also shooting for "Bhool Bhulaiyaa 2" with Advani and Tabu, who joined the crew on March 15.  Aaryan began his portions for the horrorcomedy earlier in March in Manali, Himachal Pradesh.  On Sunday, Mumbai reported 3,779 fresh COVID19 cases, taking the overall tally to 3,62,675. The death toll mounted to 11,586.
Share: 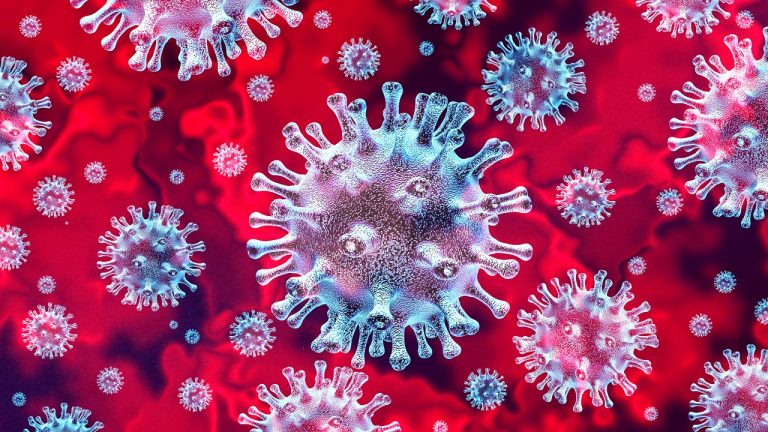 For the past few days, Mumbai has been reporting highest number of COVID cases. The city on Sunday (March 21) reported 3,775 new cases. Most of the hospitals are running at full capacity as hospitals…

The government has written to all states and Union Territories to increase the interval between two doses of COVISHIELD to 4-8 weeks. This recommendation is based on an advisory by NTAGI and NEGVAC. The reasoning offered is that COVISHIELD offers better protection if the second dose of COVISHIELD is administered between 6-8 weeks rather than the current 28 days.
Share:
view more