Coronavirus news highlights: 6,400 plus cases reported in Tamil Nadu, over 9,000 in Maharashtra; Brinton Pharma to market favipiravir for Rs 59/tablet

Coronavirus news highlights: 6,400 plus cases reported in Tamil Nadu, over 9,000 in Maharashtra; Brinton Pharma to market favipiravir for Rs 59/tablet 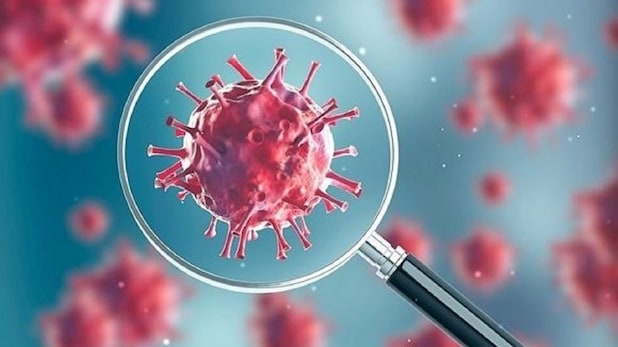 Coronavirus News LIVE Updates: Maharashtra registered 9,895 new COVID-19 cases on Thursday, taking the states tally to 3,47,502, the health department said. With 298 more deaths, the state-wide toll increased to 12,854, said a statement from the health department. It said 6,484 patients were discharged in the last 24 hours, taking the total recoveries to 1,94,253. There are 1,40,395 active cases in the state at present, the release said.

With that its a wrap to the day's LIVE coverage of the coronavirus pandemic from India and around the world. Do join us tomorrow for the told developments on the COVID-19 situation. Until then, stay safe and good night.

The Pune district administration on Thursday said that it adopted an aggressive approach to curb the spread of COVID-19, as part of which it conducted over 1.16 tests in the city in the last four weeks. A senior official said that over 27,000 people tested COVID-19 positive during the tests conducted during this period. "We consciously adopted a strategy of aggressive testing in Pune to detect more cases and the purpose was to isolate the patients, provide them early treatment and contain the spread of the virus," officer on special duty Saurabh Rao said. He said that from June 25 to July 1, a total of 22,800 tests were done in Pune city and total 4,451 cases were detected. "From July 2 to 8, over 25,200 samples were tested and 6,063 people were found to be COVID-19 positive. From July 9 to 15, the number of testings done was over 32,100 in which 6,355 people were found infected," he added.

174 people tested positive for coronavirus infection in Goa and one patient died at the state's dedicated COVID-19 hospital on Thursday, said a state health department official. The coronavirus case count in the coastal state is now 4,350. With the death of a 71-year-old man at ESI Hospital in Margao, COVID-19 death toll in the state rose to 29, the official said. 114 patients were discharged on Thursday, taking the recoveries to 2,655. Goa's coronavirus figures are as follows: Positive cases 4,350, new cases 174, deaths 29, discharged 2,655, active cases 1,666, samples tested till date: 1,17,321.

Gujarat's Ahmedabad district recorded 210 new coronavirus cases in the last 24 hours, taking the tally beyond the 25,000-mark on Thursday, while five more patients died due to the infection, the state Health Department said. With 210 new coronavirus cases, the tally in Ahmedabad district rose to 25,173, it said. Ahmedabad's COVID-19 tally accounts for nearly half of the cases registered across the state till now, that is 52,563. Out of the 210 new cases, 187 were reported from from Ahmedabad city and 23 from rural parts of the district, said a release by the Health Department. While four deaths were reported from the city, one patient succumbed in a rural area in the last 24 hours, it said.

The National Aerospace Laboratories (NAL) on Thursday said it would soon start human clinical trial of its indigenously developed non-invasive ventilator "SwasthVayu" to treat COVID-19 patients. The trial of the first Made in India non-invasive ventilator would begin at the Manipal Hospital, which also collaborated in its development in 'record' 36 days, the NAL said in a statement here. The device can be used for COVID patients and also support those suffering from other respiratory disorders and heart failure, it said. NAL had in May last announced the development of the ventilator which was simple to use without any specialised nursing and cost effective, compact and configured with majority of indigenous components.

Read the complete story below.

Punjab recorded on Thursday 441 fresh COVID-19 cases, the highest single-day spike yet, taking the tally to 11,739, while the death toll climbed to 277 with eight more people succumbing to the disease, according to a medical bulletin by the state government. Jalandhar and Patiala reported two fatalities each. One death each was reported from Ferozepur, Hoshiarpur, Amritsar and Mohali. Among the fresh cases, 89 were reported from Ludhiana, followed by 63 from Jalandhar, 53 from Patiala, 42 from Bathinda, 30 from Mohali, 22 from Amritsar, 20 from Sangrur, 17 from Ferozepur and 13 each from Pathankot, Muktsar, Faridkot and Fatehgarh Sahib. Gurdaspur had 12 new cases of the coronavirus infection, Hoshiarpur nine, Fazilka eight, Tarn Taran seven, Mansa, SBS Nagar and Kapurthala four each, Moga three and Barnala two. A total of 100 patients were discharged from hospitals on Wednesday after recovering from COVID-19. Thirteen patients were in a critical state and have been put on ventilator while 70 are on oxygen support, the bulletin said.

The tally of COVID-19 cases in Mumbai increased to 1,05,829 on Thursday with 1,257 new patients detected, the Brihanmumbai Municipal Corporation (BMC) said. The death toll due to the pandemic in India's financial capital rose to 5,927 with 55 patients succumbing, it said. 1,984 COVID-19 patients were discharged from city hospitals during the day, taking the number of recovered patients to 77,102. The recovery rate of coronavirus patients in Mumbai has now gone up to 72 per cent from 71 per cent the day before, the BMC said. There are 22,800 active cases in the city and 886 new suspected patients have been admitted to hospitals. So far 4.56 lakh COVID-19 tests have been carried out in the city, it said. Based on the past seven days' data, the city has an average case doubling rate of 61 days and average case growth rate of 1.14 per cent.

With a highest single-day spike of 1,078 cases, the coronavirus case count in Gujarat crossed 52,000 on Thursday, the state health department said. While the number of cases reached 52,563, death toll due to the pandemic in the state rose to 2,257 with 28 patients dying since Wednesday evening, it said. 718 persons were discharged from hospitals in the state during this period, taking the total of recovered coronavirus patients to 37,958. Gujarat COVID-19 figures are as follows: Positive cases 52,563, new cases 1,078, deaths 2,257, discharged 37,958, active cases 12,348 and people tested so far 5,92,123.

Maharashtra registered 9,895 new COVID-19 cases on Thursday, taking the states tally to 3,47,502, the health department said. With 298 more deaths, the state-wide toll increased to 12,854, said a statement from the health department. It said 6,484 patients were discharged in the last 24 hours, taking the total recoveries to 1,94,253. There are 1,40,395 active cases in the state at present, the release said. So far, 17,37,716 people have been tested for coronavirus in Maharashtra, it added.

Kerala's daily COVID-19 cases continued to witness a sharp rise with 1,078 people testing positive, a new single day high, on Thursday as the infection count soared past 16,000 while the toll mounted to 50 with five more deaths. This is the second consecutive day that the fresh positive cases have crossed the 1,000 mark, taking the tally to 16,110. On Wednesday, the state had logged 1038 cases, the first time it crossed four digits. As many as 798 people contracted the virus through contact, 219 returned from overseas and other states while the source of infection of 65 patients was not yet known, Chief Minister Pinarayi Vijayan said. The deaths have been reported from Kozhikode, Ernakulam, Parassala, Kollam and Kannur. The active cases touched9,458while at least 432 were discharged from hospitals after recovery.A total of 1.58 lakh people are under observation,Vijayan said. Among the districts which recorded high number of cases on Thursday were Thiruvananthapuram (222), Kollam (106), Ernakulam (100), Malappuram (89), Thrissur (83), Alappuzha (82) and Kottayam (80). In the last 24 hours, a total of 22,433 samples were sent for testing. As of now, 1.58 lakh people are under observation.

Tamil Nadu on Thursday reported 6,472 fresh COVID infections, the highest single day spike, with the tally inching towards two lakh cases while death toll touched 3,232 with 88 fatalities, the government said. More than three fourths of the fresh cases were from districts other than Chennai, which continued to clock lower numbers, and of the dead, 77 had co-morbidities and 11 none, a health department bulletin said. A 24-year old woman, and three men, aged 26, 35 and 94 were among the fresh victims of the deadly virus. Tamil Nadu's COVID tally and Chennai's share of it inched towardstwo lakh and one lakh mark respectively. The state's case count stood at 1,92,964 while that of Chennai touched 90,900, including 1,336reported on Thursday. As many as 5,210 patients were discharged in a single day, the highest so far, and the cumulative recoveries and active cases stood at 1,36,793 and 52,939 respectively.

With schools still shut due to the COVID-19 pandemic, noted mathematician Anand Kumar has lauded the Centre's decision to launch educational TV channels for students to keep them engaged at home, and said it was important they stay positive to overcome the crisis. Union Finance Minister Nirmala Sitharaman had in May announced that the government would launch TV channels to impart lessons to school students, especially those who do not have access to the Internet. The Super 30 founder, who has shared his views on the pandemic and its impact on students in a book compiled by two alumni of Brunel University London, also said that he had written to the HRD ministry to start a 24x7 TV channel to cater to the needs of lakhs of poor students. 'Together: An anthology from the COVID-19 pandemic', the book by Pauldy Otermans and Dev Aditya, has a rich collection of human experiences - mostly in the form of poems, prose and letters -- shared by established authors, leaders, celebrities, teachers, actors, students, frontline workers as well as those who have survived the outbreak.

Over 7.88 lakh Indians have returned from abroad after the government launched the "Vande Bharat" evacuation mission on May 7 in view of the coronavirus pandemic, the Ministry of External Affairs (MEA) said on Thursday. Under the Phase 4 of the Vande Bharat mission, a total of 1,197 flights have been scheduled so far, including 945 international flights and 252 feeder flights, MEA Spokesperson Anurag Srivastava said at a media briefing. "These flights are operated by the Air India group, IndiGo, SpiceJet and GoAir. They cover 29 countries. They will be reaching 34 airports in India," he said. Of these, 694 flights have reached India as on July 22, repatriating nearly one lakh people so far, he said. Phase 4 is expected to continue until August 2, by which time around 80,000 more people are expected to return, Srivastava said.

Coronavirus News LIVE Updates: Brinton Pharma gets nod to launch Favipiravir, to price it at Rs 59 per tablet

Brinton Pharmaceuticals on Thursday said it has received approval from the Drugs Controller General of India (DCGI) to market antiviral drug Favipiravir under the brand name 'Faviton' for the treatment of COVID-19 patients. To be available in 200 mg tablets, the drug will be sold at a maximum retail price of Rs 59 per tablet, Brinton Pharmaceuticals said in a statement. Emerging favourable global clinical evidence suggests, Favipiravir is an effective treatment option in the management of mild-to-moderate COVID-19, it added. In India, Favipiravir was first approved by the regulatory authorities in June 2020 under emergency use authorisation to treat COVID-19 patients, Brinton Pharmaceuticals said.

Read the complete story below.