Here are the latest updates and trends from the COVID-19 pandemic in India and the ongoing Unlock 4.0 guidelines

Coronavirus News September 2 Highlights:
India's COVID-19 tally crossed well-over the 37.5 lakh mark on Wednesday with a single-day spike of over 78,000 cases in the past 24 hours. The overall recoveries neared the 3 million or 30 lakh mark, while the number of active cases rose above 8 lakh. The number of fatalities stands at 66,333 with 1045 deaths in the last 24 hours.
Here are the latest updates from the COVID-19 pandemic in India and the ongoing Unlock 4.0 guidelines:

A look at how #COVID19 has impacted tourism#tourism #coronaviruspandemic pic.twitter.com/ES5SQa0xnl 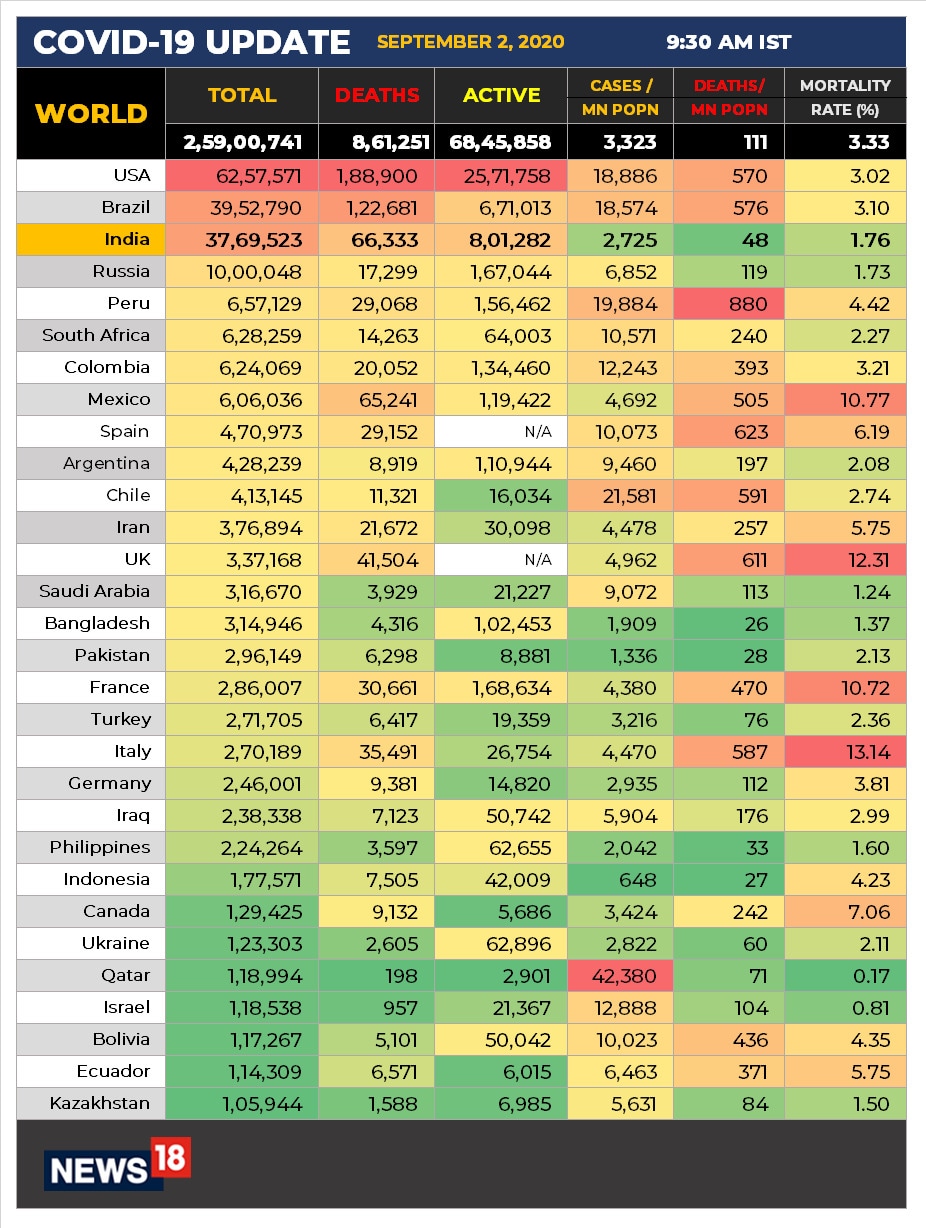 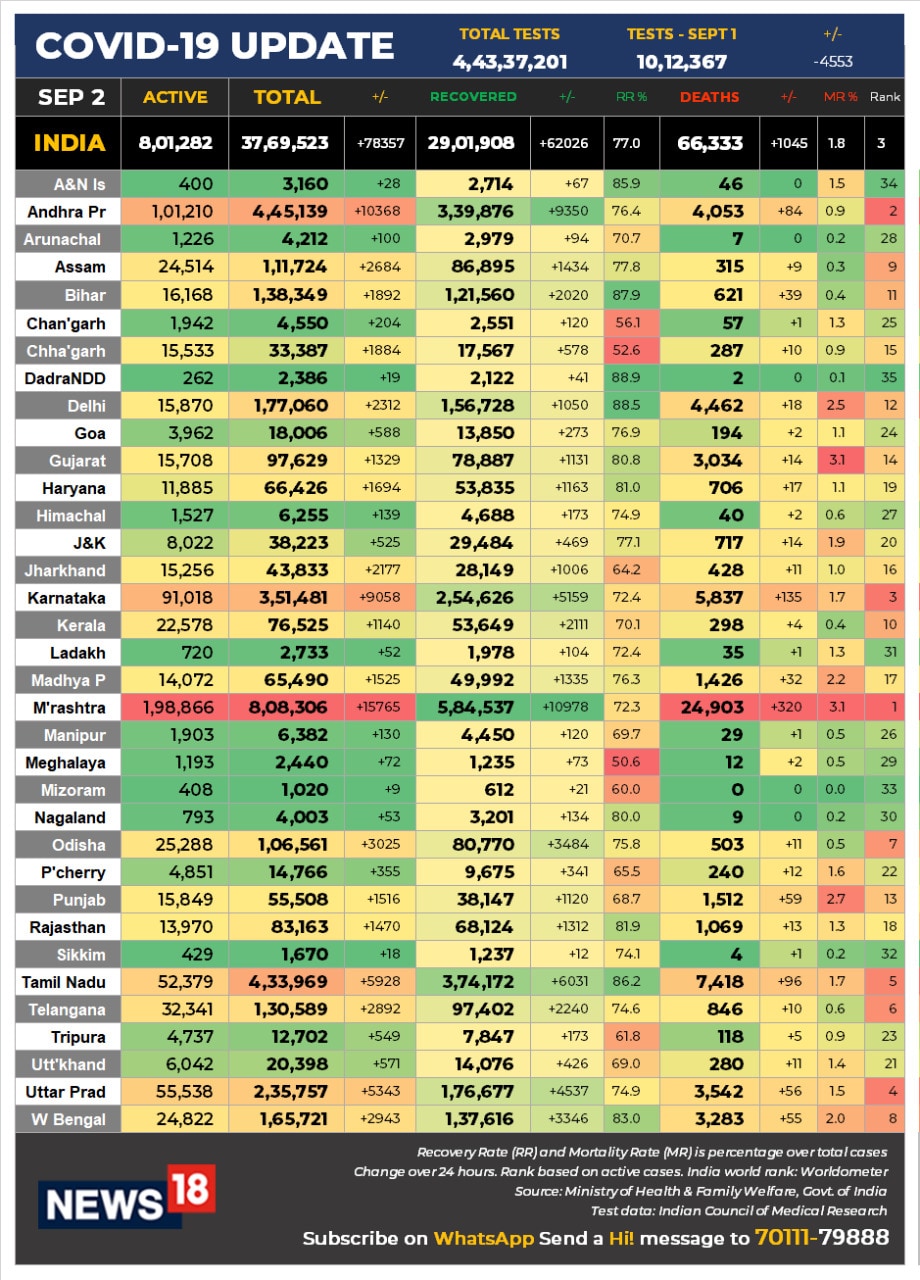