Coronavirus April 10 Highlights: India’s COVID-19 tally hit the 6,700 mark on Friday as more states confirmed positive cases and fatalities from the deadly virus. The Union Home Ministry's latest update said 206 people have died across the country with a total of 6412 positive cases so far. Out of 6,761 cases, 6,039 are active cases, while 515 people have been cured or discharged. In the last 24 hours, the total cases have risen by 678. With no respite from the rising number of corona cases across India, it is highly likely that PM Modi may extend lockdown measures across India. Stay home, stay safe! In an interview to CNBC-TV18, Rajan Wadhera, president of Society of Indian Automobile Manufacturers (SIAM), Ashish Kale, president of Federation of Auto Dealers Associations (FADA) and Deepak Jain president of

Six fresh cases of coronavirus were reported in Haryana on Friday, taking the total number patients to 162 in the state.
While four cases were reported from Ambala, one case each was reported from Sonipat and Panchkula, according to the state Health Department's evening bulletin.
The worst affected districts of the state are Nuh (38) Gurugram (32), Palwal (28) and Faridabad (28). Updated : April 10, 2020 08:36 PM IST The policy aims at providing 100 percent of the sum-insured in case one is tested positive for coronavirus. 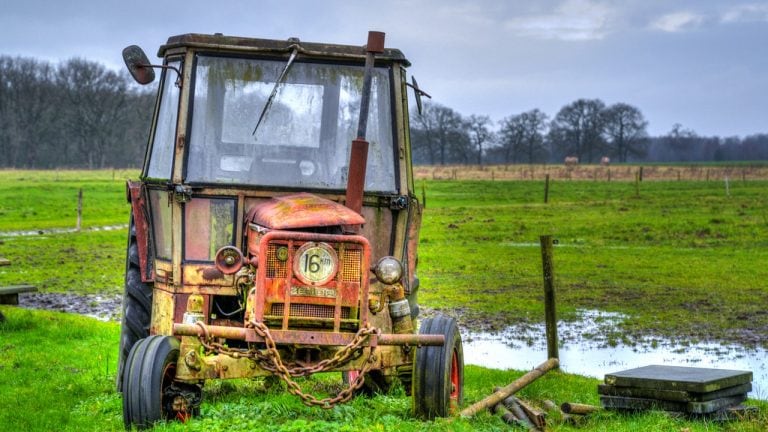 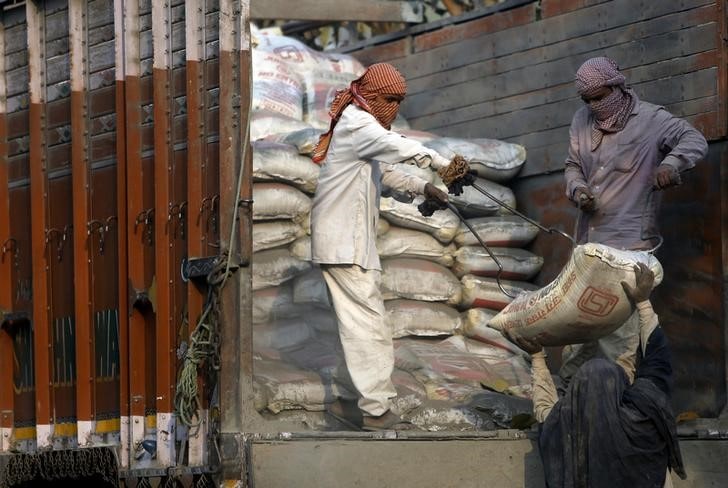 Industry cannot start production overnight once the 21-day nationwide lockdown ends; the government will have to give a calendar for a phased restart, said Chandrajit Banerjee, Director General, Confederation of Indian Industry.

Reiterated to my counterparts at the #G20 Energy Ministers Summit Hon. PM @narendramodi’s appeal of not letting a purely economic agenda define globalization.

Our sheer determination will help us emerge victorious against this invisible enemy. pic.twitter.com/427gFpORxC

Govt to give life insurance cover up to Rs 35 lakh to FCI officials, labourers Food Minister Ram Vilas Paswan on Friday announced a life insurance cover of up to Rs 35 lakh per person to over 1 lakh FCI officials and labourers in case they succumb to COVID-19 within six months of performing duty from the day of lockdown on March 24.
State-owned Food Corporation of India (FCI) is the Centre's nodal agency that is engaged in procurement of foodgrains at a minimum support price (MSP) directly from farmers and distributes the same at a subsidised rate to over 81 crore ration card holders in the country.
Currently, there is a provision to provide compensation to family members of FCI officials in case of death due to terrorist attack, bomb blast, mob violence and natural disasters. However, regular and contractual labourers are not included.
Share: To fix the damage to the economy arising out of the COVID-19 mess, the government needs to forsake fiscal conservatism and focus on expansion, says Janmejaya Sinha, Chairman, BCG India.

The Gujarat police on Friday identified three more persons who took part in a gathering of the Tablighi Jamaat in Delhi last month, taking the count of
attendees from the state to 130, and five members of the outfit tested positive for coronavirus, a senior official said.
The event, held in Nizamuddin, was attended by over 9,000 people, including from foreign nations, and is being seen as one of the prime reasons for the virus spread as many of the participants, who tested positive later, fanned out across the country for missionary works.

21 new COVID-19 cases reported in Punjab taking tally to 151
The Punjab government said on Friday that the total number of coronavirus cases in the state rose to 151 with 21 more people contracting the infection.
A Jalandhar resident, who tested positive for coronavirus, died on Thursday, taking the total number of COVID-19 related death toll in the state to 11, an official said.
Among the 21 fresh cases, 11 were reported in Mohali district, of which 10 were from Jawaharpur village alone. Eight cases were reported in Pathankot and one each in Sangrur and Jalandhar, according to a medical bulletin of the state government.
Share:

To fix the damage to the economy arising out of the COVID-19 mess, the government needs to forsake fiscal conservatism and focus on expansion, says Janmejaya Sinha, Chairman, BCG India. In a CII panel discussion on CNBC-TV18, Sinha said the government could bridge the fiscal deficit by printing money. “Whether we like it or we don’t, we have to start printing money,” he said.

Decision to bring Indians from abroad will be taken after reviewing COVID-19 situation: Govt

Over 20,400 foreign nationals have been evacuated from India and a decision on bringing Indians from abroad will be taken at a later stage after reviewing the COVID-19 situation, the government said on Friday. According to the Ministry of External Affairs (MEA), the government also said there are 3.28 crore hydroxychloroquine tablets in India's stock and a decision has been taken to export some surplus medicines after reviewing the domestic requirement and keeping buffer stocks.

Doorstep fuel delivery companies are on a customer acquisition spree

Doorstep delivery as a business in India is at a nascent stage and a very minuscule part of the energy business chain. The companies are now however betting big on consumer acquisition as they hope the COVID-19 led lockdown will be what demonetisation was for digital payment companies. The idea of fuel delivery was mooted by Minister for Petroleum & natural gas Dharmendra Pradhan in the year 2017 and the ministry had set a target of 500 fuel delivery vehicles in FY20. Even though the target was missed and only diesel is delivered to the doorstep currently, the business is picking up at a fast pace.

#Jharkhand Chief Minister #HemantSoren (@HemantSorenJMM) held an all- party meeting on Friday and informed the state parties that around two lakh people arrived in the state after #lockdown was imposed. pic.twitter.com/eJGbcUbvti

The coronavirus death toll curve in Spain flattened further on Friday as the government discussed different strategies to start phasing out one of the world’s strictest lockdowns. Spaniards have been off the streets since mid-March, but a slowdown of the COVID-19 disease’s spread and its death toll has enabled officials to start discussing a gradual easing.

India set to ship drug sought by Trump for coronavirus

India is set to begin shipping the malaria drug hydroxychloroquine to the United States where President Donald Trump has touted it as a potential weapon against the coronavirus. India is the world’s largest producer of hydroxychloroquine but last month banned most exports to secure its own supplies, drawing warnings of retaliation from Trump. This week India allowed some exports of the drug and Trump has thanked New Delhi for the decision.

Prime Minister Narendra Modi is likely to announce on Sunday evening whether the 21-day nationwide lockdown to curb the spread of coronavirus will be extended beyond Tuesday, April 14. A final call on the lockdown will be taken when Modi interacts with chief ministers of all states on Saturday via videoconferencing. There have been indications that the central government is leaning towards extending the lockdown across the country after several states also pitched for it to contain the fast-spreading virus.

PM Modi to interact with CMs on April 11; extension of lockdown on agenda

Prime Minister Narendra Modi will interact with chief ministers of all states on Saturday via video, where a call would be taken on whether the 21-day lockdown to check spread of coronavirus, ending next week, should be extended. The video conference comes amidst indications that the central government may extend the lockdown across the country beyond April 14 after several states have favoured the extension to contain the fast-spreading virus. Addressing floor leaders of various parties who have representation in Parliament, on Wednesday, Prime Minister Modi had made it clear that the lockdown cannot be lifted in one go on April 14, asserting that the priority of his government is to "save each and every life". According to an official statement, he said states, district administrations and experts have suggested extension of the lockdown to contain the spread of the virus.

Malaysia extended movement and travel restrictions on Friday for another two weeks until April 28 to stem the coronavirus outbreak even as the country reported a slowdown in new infections. The curbs, imposed on March 18, were originally set to end on April 14. Malaysia has the highest number of coronavirus infections in Southeast Asia, reporting 4,346 cases with 70 deaths as of noon on Friday.

Twenty-four of 26 coronavirus patients in Maharashtra's Sangli district have recovered from infection, and 22 of them have been discharged, local
authorities said on Friday. All these patients were either members of a family living in Islampur town or those who came in close contact with it. They accounted for all known coronavirus patients in this western Maharashtra district.

Six people who were in contact with a 68-year-old COVID-19 patient who died on Sunday have also tested positive for the novel coronavirus, health
officials in Nagpur in Maharashtra said on Friday. The six, including family members of the deceased,
tested positive on Thursday, an official said.

The number of Covid-19 positive cases in Maharashtra increased by 26 on Friday morning, taking the count of such cases to 1,390, officials said. With 5 new positive cases on Friday, Mumbai's Dharavi slum now has 22 cases, up from Thursday's 17, said a Brihan Mumbai Municipal Corporation official.

If the country needs 1.6 crore tablets by month-end, then we already have 3.28 crore HCQ tablets as of now

India accounts for more than half the tally of those infected with coronavirus across south Asia, which crossed 12,000 on Friday, government data showed, despite a harsh weeks-long clampdown to control the outbreak.

India's capital of Delhi, and its financial hub of Mumbai, have emerged as hotspots and local officials are urging Prime Minister Narendra Modi to extend a 21-day nationwide lockdown beyond its expiry date of Tuesday.

The app developed in public-private partnership can calculate the chance of infection based on users interaction with others, using cutting edge Bluetooth technology, algorithms and artificial intelligence. The app has so far been downloaded over 25 million times.

The Indian Institute of Technology (IIT) has developed a trunk-shaped device fitted with ultraviolet germicidal irradiation technology, which they recommend be placed at doorsteps and all items brought from outside including grocery and currency notes be put in it to sanitise them and aid the fight against COVID-19.

According to the team at IIT Ropar, the trunk when commercialised, can be available at less than Rs 500. The device will take 30 minutes to sanitise the items and the team has recommended a 10 minute cooling off period before one takes the items out.