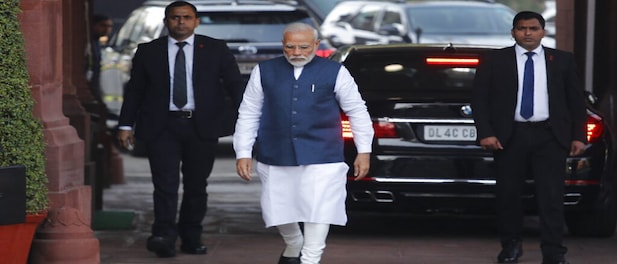 The government has identified at least 2 lakh Indians abroad who would need to be repatriated on priority after commercial flights resume.

The government has identified at least 2 lakh Indians abroad who would need to be repatriated on priority after commercial flights resume.

"We would focus on the most compelling cases first. This includes families in distress, people who have lost their jobs, migrant workers, women and students," said an official involved with evacuation planning.
CNBC-TV18 reported earlier that India would first focus on repatriating Indians in Gulf nations. Out of the approximately 2 lakh compelling cases that have been identified, approximately 80 thousand people are in Gulf nations. "Kerala would have the highest number of citizens waiting to be evacuated from the Gulf. At least 37 thousand people need to be repatriated to the state in the first round of flights," said a source requesting anonymity.
The Cabinet Secretary recently wrote to all state governments asking them to make preparations for Indians returning to their home towns. The Foreign Secretary has also written to different Chief Secretaries. Officials involved with the evacuation exercise said that discussions are on to make sure that people returning are not COVID-19 positive, are not coming in contact with anyone and are properly quarantined.
Sources told CNBC-TV18 that an inter-ministerial group is trying to carefully work out an evacuation plan. "It is a very delicate operation and has to be seamless. We want to take the citizens directly to their states without bringing them to New Delhi," said a senior government functionary. Indian nationals returning home are likely to be tested first at the port of departure and again on landing in India. The Ministry of External Affairs along with Indian missions is working on SOPs for repatriation.
Officials said that the priority is to first develop a mechanism for testing and quarantining of Indian nationals returning home. "Once the mechanism falls into place, then it will not be difficult to bring back Indians from other countries as well," said an official. The Ministry of Civil Aviation is working with private airliners and the MEA to arrange flights for evacuation. The inter-ministerial group of bureaucrats is yet to firm up a timeline for repatriation as the plan can be put into action only once the travel ban is lifted.
The government is looking at evacuating citizens from Gulf nations after May 3, provided the lockdown is lifted. Repatriation of Indian nationals in other countries would be taken up after that, said an official.
Check out our in-depth Market Coverage, Business News & get real-time Stock Market Updates on CNBC-TV18. Also, Watch our channels CNBC-TV18, CNBC Awaaz and CNBC Bajar Live on-the-go!