Amid US measles outbreak, who needs an additional dose of the vaccine?

Amid US measles outbreak, who needs an additional dose of the vaccine? 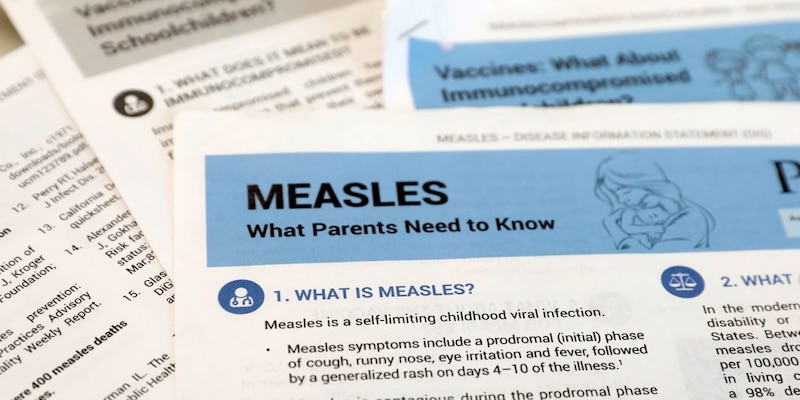 The United States is in the midst of its largest measles outbreak in 25 years, with the disease mainly hitting people who have failed to receive the recommended two doses of the live measles vaccine.

The United States is in the midst of its largest measles outbreak in 25 years, with the disease mainly hitting people who have failed to receive the recommended two doses of the live measles vaccine.

While the vast majority of measles patients are unvaccinated children, up to 10 percent of patients in the current outbreak are adults who received at least one dose of the measles-mumps-rubella vaccine.
The US Centers for Disease Control and Prevention has issued recommendations on when adults may need to seek an additional dose of the MMR vaccine:
Which adults are considered at high risk?
The CDC considers healthcare workers, university students, adults who are traveling internationally and those who live in communities where outbreaks are occurring to be at high risk.
How can people be sure they are immune to the measles?
People born before 1957, when the vaccine became readily available in the United States, are presumed to be immune because they would likely have been exposed directly to the virus. Blood tests can also confirm immunity.
People who have had a confirmed case of measles would have developed immunity.
Adults who are in high-risk groups or live in locations experiencing an outbreak, which include parts of New York City, Rockland County, New York; Oakland County, Michigan, and parts of California, as well as school-age children, need to have received two doses to ensure immunity.
Adults who do not live in areas where there is an outbreak, and who have received at least one dose of the vaccine should also be immune. This is also true for children not yet in school.
The CDC recommends that any adults who have doubt about their immunity get the vaccine.
What about people born between 1957 and 1968?
It depends on what sort of vaccine they received. People with written documentation showing that they received the live MMR vaccine do not need to re-vaccinate. Those who received the inactive, or "killed" vaccine, should re-vaccinate as that version was found to be ineffective.
Are there any adults who a doctor would advise against getting the machine?
The CDC advises pregnant woman, people who have compromised immune systems, or who received another vaccine in the last four weeks to seek their doctor's advice on getting vaccinated for measles.
Check out our in-depth Market Coverage, Business News & get real-time Stock Market Updates on CNBC-TV18. Also, Watch our channels CNBC-TV18, CNBC Awaaz and CNBC Bajar Live on-the-go!